The lull created by the international break is as good an opportunity as any to crank out some updated attack and defence scatter graphics for the major European leagues, looking here at Serie A.

There are two graphics: the first showing attacking performance and the second defensive performance. Both are based on simple shot data and give a high-level view of how each club is doing relative to the others, with the axes centred on the divisional average. You can click on a graphic to bring up a full-sized version in a new tab.

Now let’s look at the defensive situation – basically take the above chart and replace the word “taken” for “faced” on both axes. Now top left is good – facing fewer shots and able to soak up more per goal conceded – and bottom right is bad: 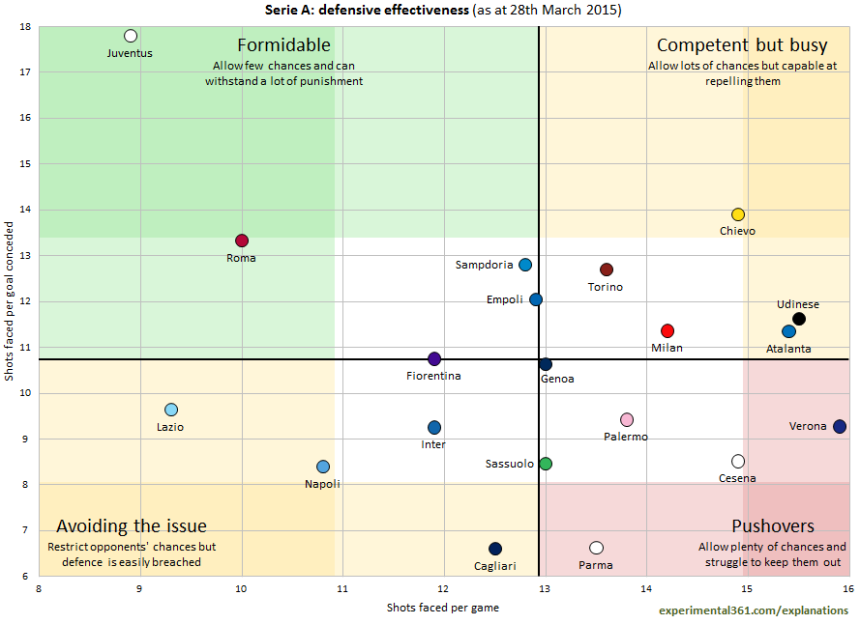