With the international break upon us I’ve chucked the data from some of the major European leagues into my scatter graphics to see how they’re shaping up so far. It’s still early days but usually some interesting patterns are already beginning to emerge. Each of the three graphics is explained briefly below but there’s a longer explanation here. 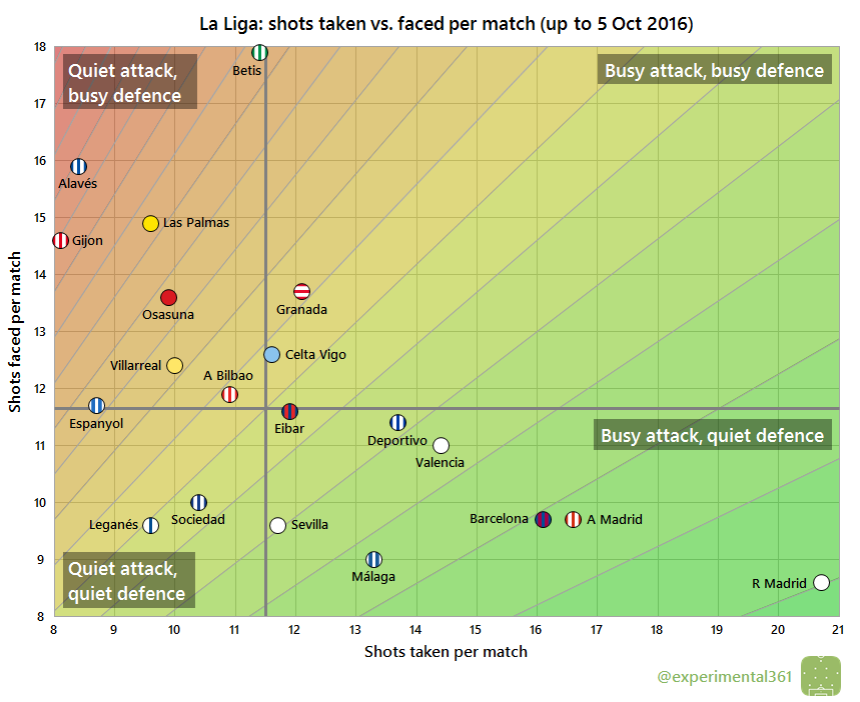 The three usual suspects are leading the way in the bottom right, with Real Madrid the most dominant overall – having taken the most shots per match and allowing the fewest – while both Barcelona and Atletico Madrid have racked up slightly more modest averages.

The busiest defence – that of Betis – has had to deal with twice as many shots per match as the quietest, which is Málaga‘s, while the quietest attack – that of Gijon – has fired in over two and a half times fewer efforts than Real’s. 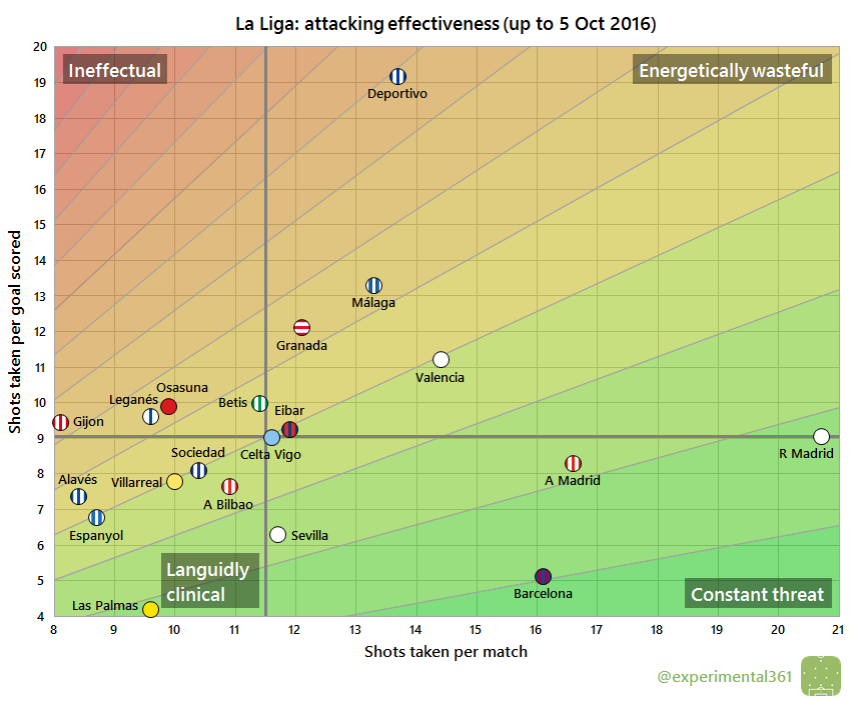 While they rank third for shots taken, Barcelona have been finishing far more ruthlessly than their main rivals this season. Only Las Palmas have converted chances at a better rate so far, which has allowed them to score as many goals as Real Madrid despite taking fewer than half as many shots.

Deportivo have had little luck in front of goal this season: despite ranking fifth for the number of shots taken, they’ve required over 19 attempts to find the net on average. 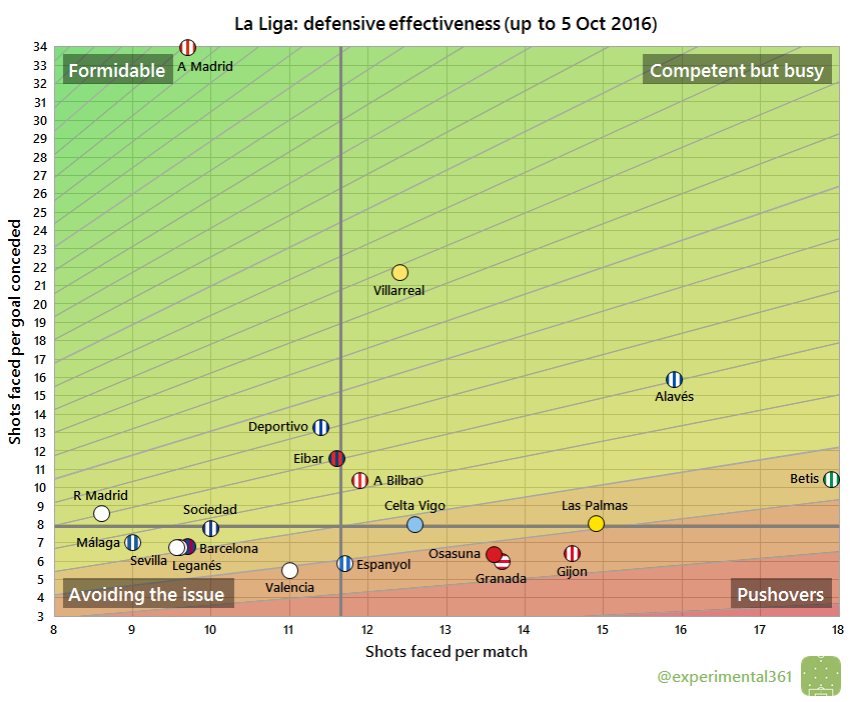 Atletico Madrid have been graphic-stretchingly formidable in defence, having conceded just twice from the 68 shots that they’ve faced. Villarreal have also absorbed an impressive number of attempts per goal conceded so far.

While Betis and Alavés have allowed the most chances, both have at least been above-average at repelling them; the former in particular, who have been the third most resilient in the division.

The leakiest defence so far has been Valencia‘s, although there are plenty of sides with similar problems at the back so far.