I realised that it’s been unforgivably long since I took a look at the major European leagues with my scatter graphics. Each of the three graphics is explained briefly below but there’s a longer explanation here.

The top three sides – PSV, Ajax and Feyenoord – have been far more dominant than the rest and form the top three for both most shots taken and fewest faced.

Groningen games look pretty entertaining, with an above-average number of shots been fired in at both ends of the pitch.

Nobody really stands out as worse than the rest: there are a cluster of teams who spend a similar proportion of time on the back foot. 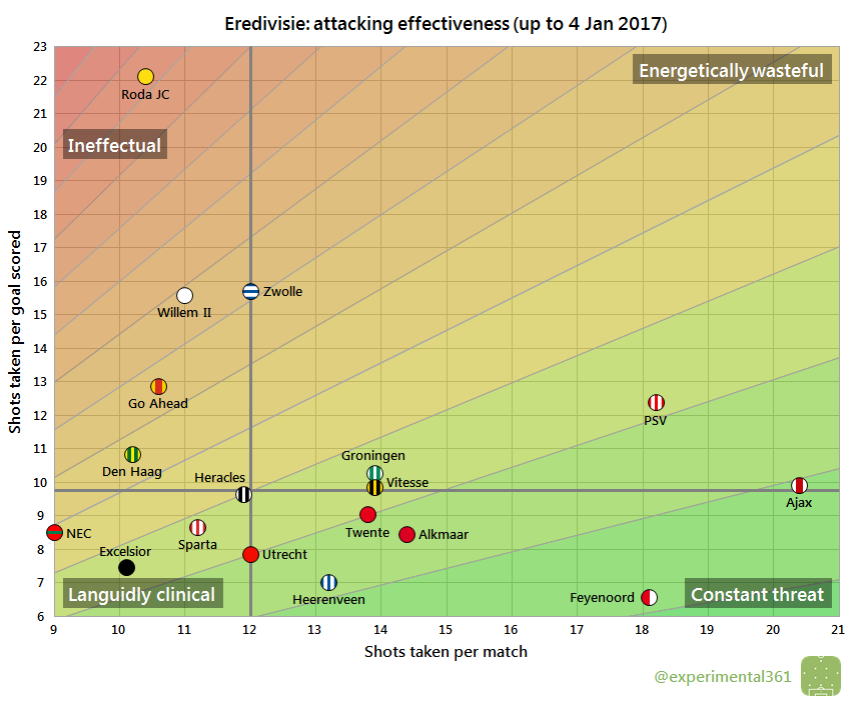 PSV have had far less success than Feyenoord at converting a similarly high number of chances into goals so far, with the former the fifth-most wasteful finishers and the latter the most clinical.

Poor Roda JC have needed over twice as many attempts as the average side to score each goal and they haven’t created an abundance of chances either. Zwolle and Willem II have also struggled to find the back of the net reliably this season. 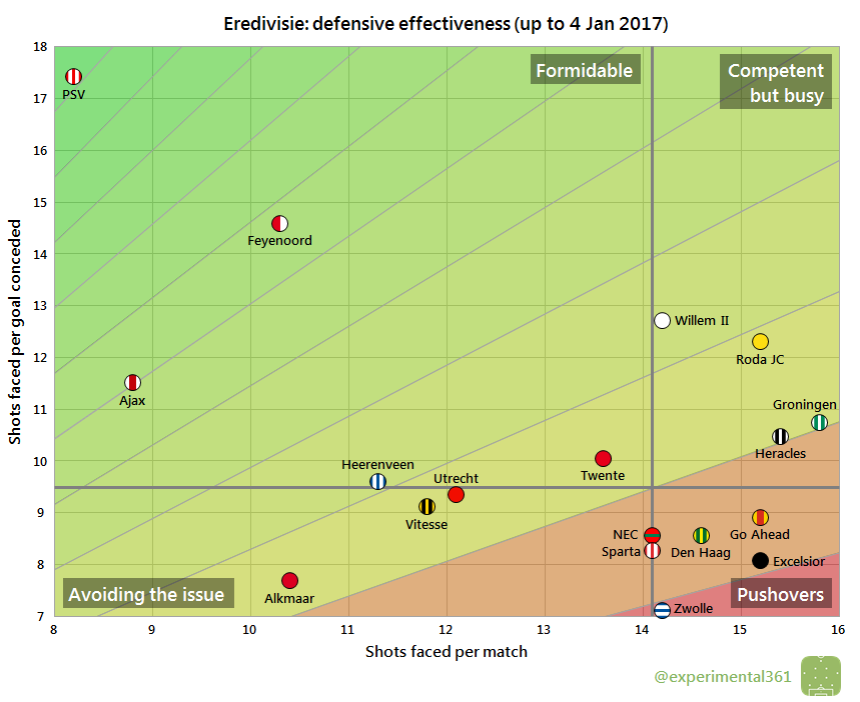 The top three are also unsurprisingly doing well in defence, with PSV the most impressive of all: allowing the fewest chances and requiring the most attempts to breach.

While Willem II were struggling to convert their chances in the last graphic, here we can see that they are at least making their opponents’ lives similarly difficult, although the result is few goals for the neutral to enjoy.

While Alkmaar allow few chances, they’ve soaked up fewer shots for each goal conceded than anyone except struggling Zwolle.