Here is the latest update of the season to the E Ratings and how they predict the rest of the season will pan out. The rating system is explained here, but in a nutshell it’s based on the combined quality of chances that clubs create and allow, rather than their results. 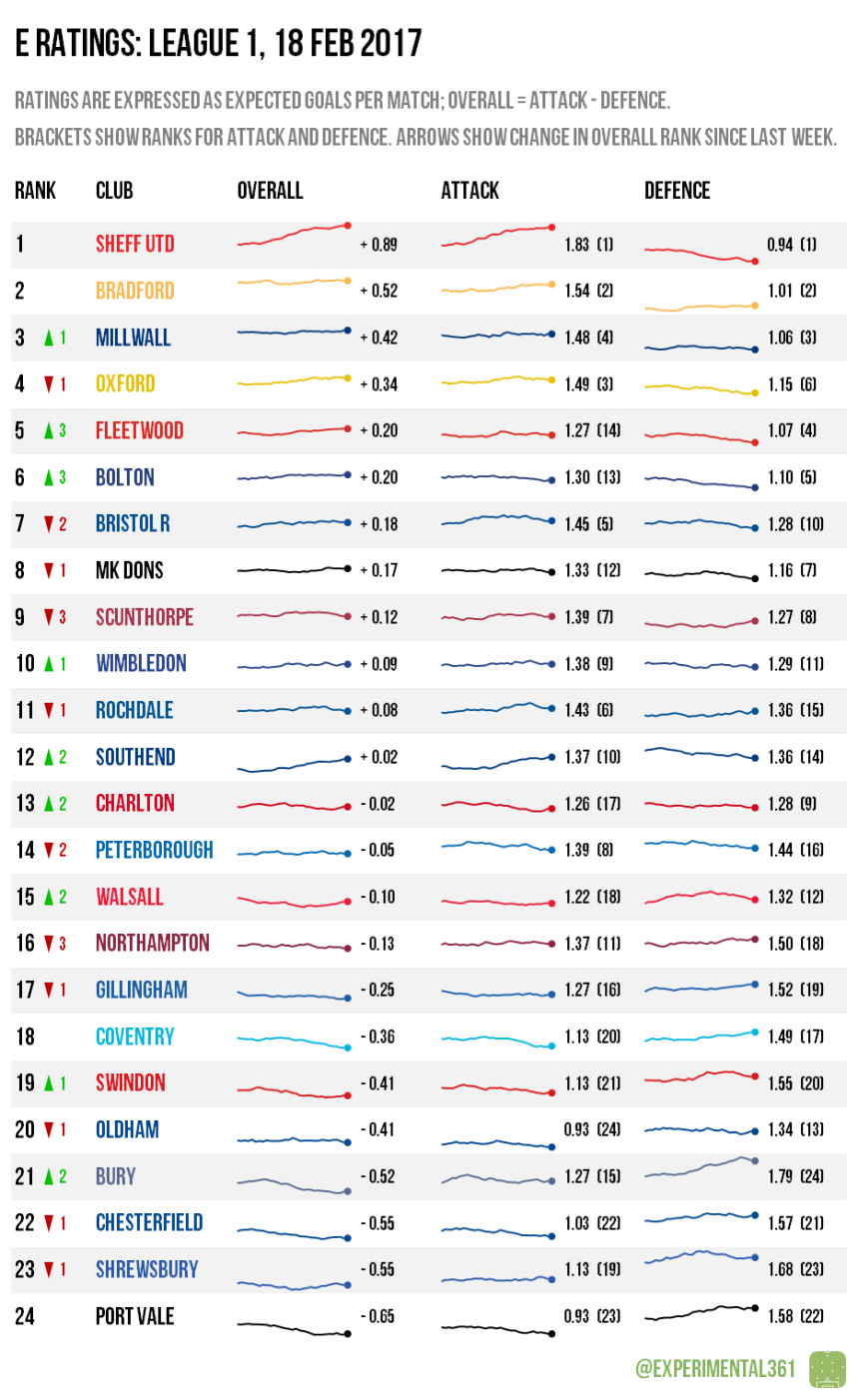 You can see how the model assessed the latest round of matches here. The changes are over the last seven days so will factor in the midweek matches too.

Sheffield United may not have gotten the win their performance seemed to deserve but it did their ratings no harm to out-create Scunthorpe so convincingly. I’m getting increasingly worried about the Iron’s promotion challenge as they continue to slip down the ratings.

While Southend were held to a draw and Walsall left it late to beat Peterborough, both extended their encouraging sequence of performances that have seen their ratings consistently rise.

While Shrewsbury have made real improvements under Paul Hurst they looked fortunate to win at home to Wimbledon, which on top of their flat performance at Peterborough in midweek has dented their rating. However it’s too soon to determine if their bubble is bursting. 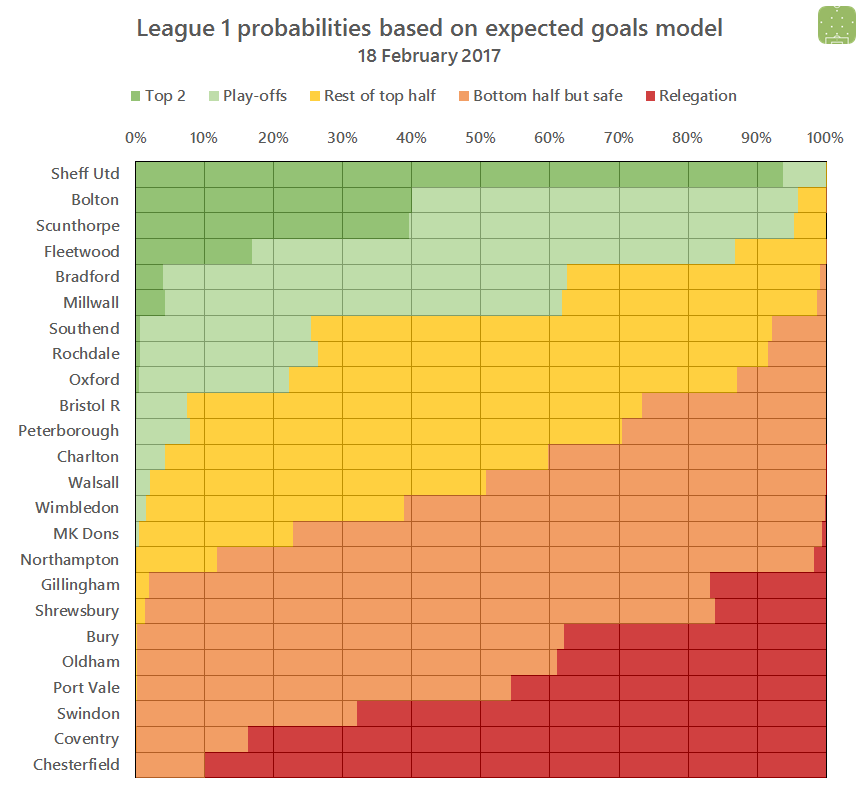 At the top it remains the case that Sheffield United are the runaway title favourites while Bolton and Scunthorpe are locked in a close tussle for second place. However draws for those three allowed Fleetwood to establish themselves as dark horses with a narrow win this weekend.

Bradford and Millwall look likely to complete the final top six, with three other clubs looking potentially capable of dislodging them if they can get their act together.

At the bottom Coventry‘s narrow victory over Gillingham saw Chesterfield replace them as relegation favourites after the Spireites’ late collapse at home to Bury. However both are still incredibly likely to go down, with Swindon‘s potentially costly failure to beat Oldham keeping them in similar danger.