An early look at squad churn

I’ve been looking at squad churn – how much each club’s squad changes between seasons – for a fair few years now but I’ve never been all that happy with how the graphics turned out (apart from that one year I got Bootifulgame involved: http://matchstory.co.uk/portfolio/player-churn-the-championship/).

Therefore I thought it was worth having another stab at it and managed to come up with a template I liked pretty quickly. I’ve followed a similar approach to the squad age profile graphics I introduced last season, where every club’s data is laid out in a minimalist style to allow high-level comparisons.

There’s a brief explanation of how these work at the top of each graphic, but in summary I’ve plotted a donut chart for each club where every player’s league minutes from last season is a separate segment, ordered from largest to smallest. I’ve then shaded them dark if they’re still at the club and light if they’ve left, so you can see at a glance how regularly the players a club has lost featured last season.

To be perfectly honest, it would probably have been cleaner to use stacked bars rather than wrapping the data into donuts (and the smallest “slices” would probably be easier to see), but I preferred the look of them this way.

I’ve harvested the data from the official retained lists, the BBC transfer page and Transfermarkt, so hopefully I haven’t missed any exits. We’re obviously not at the end of the transfer window yet so these are likely to change further, but I wanted to “road test” the graphics in advance and there’s already plenty of interesting stuff in there. I’ll create a final set after the window closes. 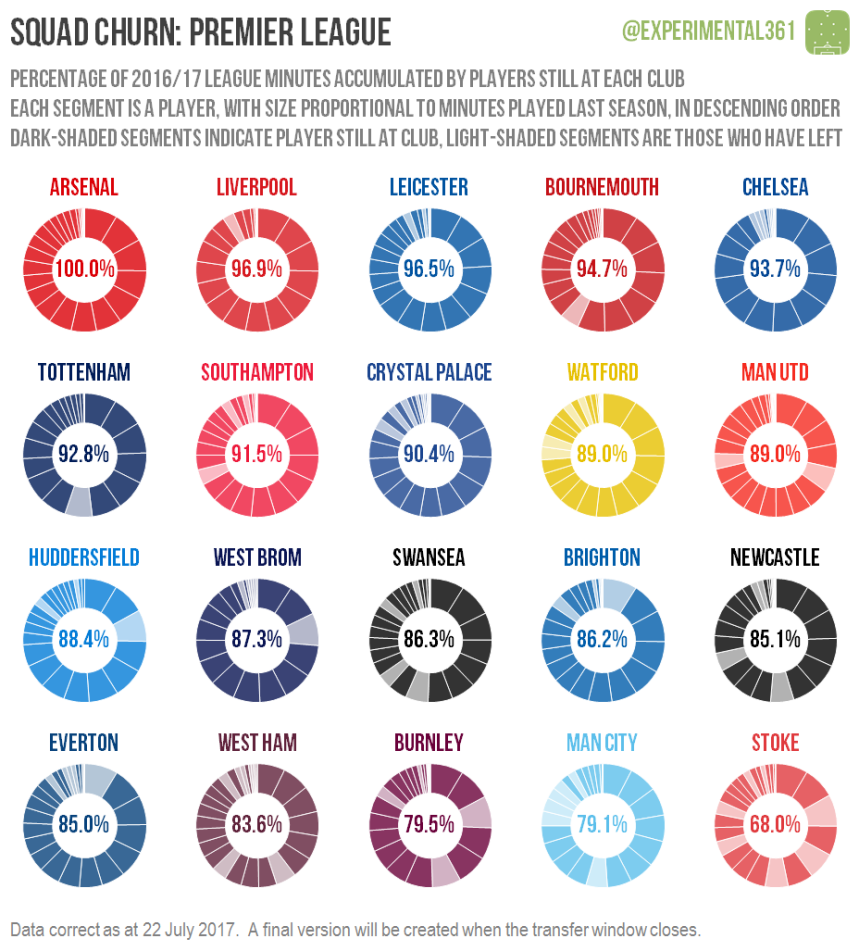 A pattern which persists over time is that the higher up you are in the pecking order, the less your squad tends to changes from season-to-season. This seems to make sense as the top clubs will have more control over which players depart and when. What it means in practice is that these graphics will get more interesting the further you scroll down.

Arsenal are unique in the top four divisions at the moment in that every single league minute last season was racked up by a player still at the club.

At the other end of the spectrum, Stoke have lost three of their seven most-used players from last season: Bruno Martins Indi’s loan ended while Marko Arnautovic and Glenn Whelan have moved on. 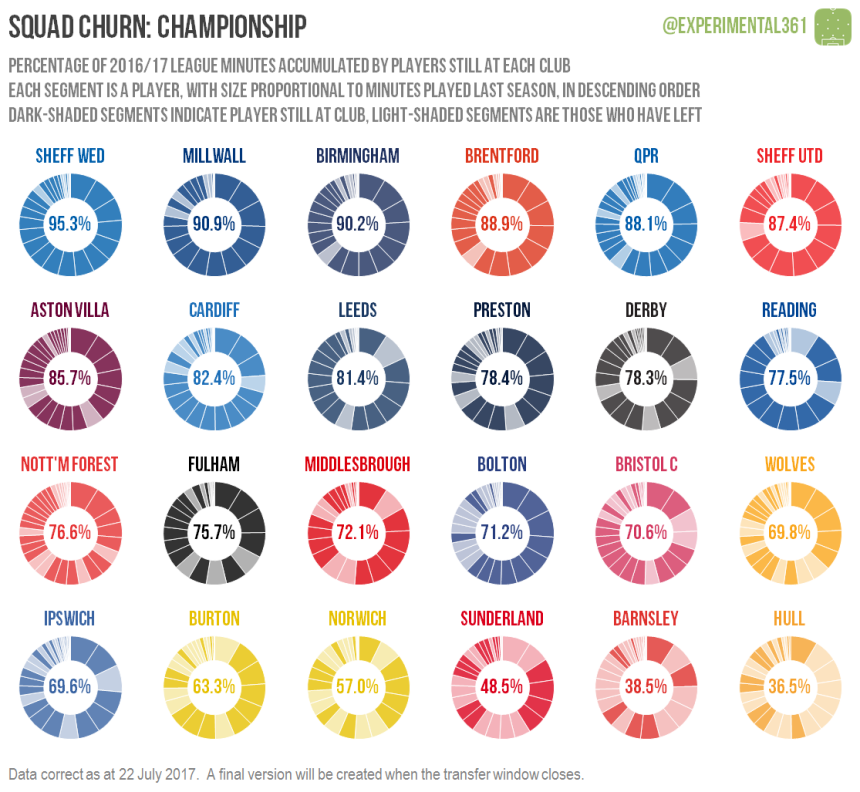 Millwall look to be placing faith in the squad that got them promoted to keep them in the Championship, with only Sheffield Wednesday having retained players who clocked up a higher share of the club’s league minutes last season. 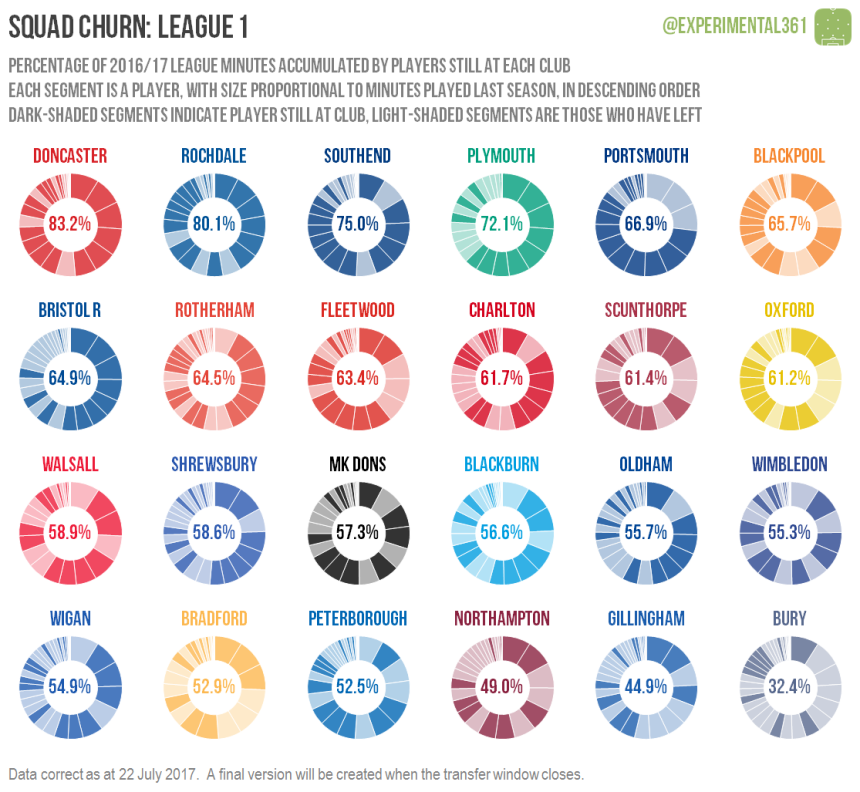 The four promoted sides are all among the six clubs to have retained the highest percentage of last season’s minutes among their squads as it stands. Doncaster lead the way with only one of their most-used 11 players from last season – Chelsea loanee Jordan Houghton – having departed.

Two of the clubs who narrowly escaped relegation – Bury and Gillingham have rung the changes heavily, with the Shakers’ turnover the most drastic. James Vaughan’s recent departure for Sunderland leaves only three of their most-used 11 players in situ.

National League champions Lincoln are yet another promoted side seemingly convinced that the players who took them up are capable of keeping them afloat.

The most-changed side in the division – and indeed the entire of the top four divisions – are Port Vale, who only have two of their 13 most-used players from last season still on the books. In fact three of the four teams relegated from League 1 are among the four most-changed sides: Swindon and Chesterfield being the others.