Better late than never, here are the timeline graphics from the opening round of League 2 fixtures. I had planned to upgrade these over the summer but this has been delayed, so they’ll probably change suddenly at some point over the next month or so.

The story of the afternoon was Luton’s 8-2 demolition of Yeovil, although the margin looks to have owed more to some sharp Hatters finishing than an unusual level of dominance. Elsewhere both Crewe and Stevenage look fortunate to have secured draws against opponents who out-created them. 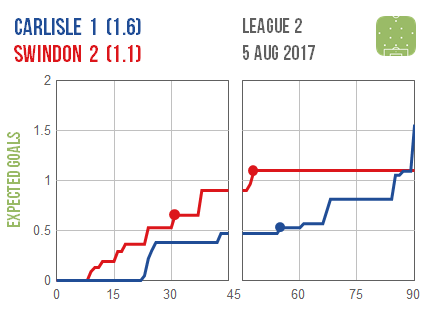 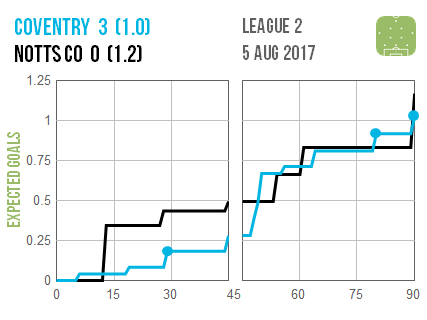 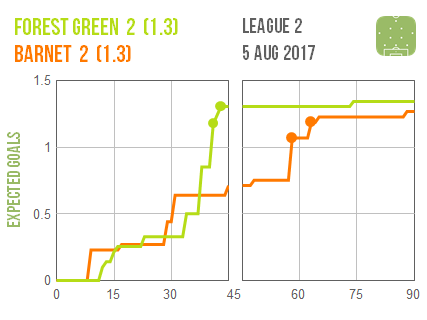 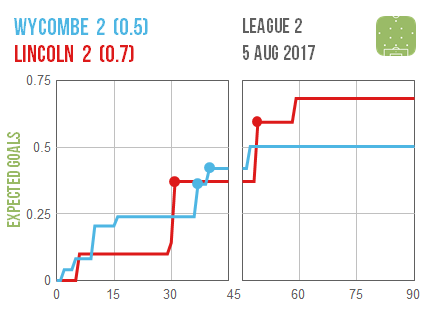