Derby’s huge win over Hull looks like it owed more to ruthlessness than dominance, with their visitors creating chances of pretty similar quality overall – perhaps if that first half penalty had been converted the game would have played out differently. By comparison, Leeds’ own five-goal demolition of Burton was one of the most one-sided encounters I’ve seen for a while. QPR and Sheffield Wednesday also look to have won relatively comfortably, while Sheffield United’s win at Sunderland didn’t look particularly exciting, with most shots coming from outside the box. 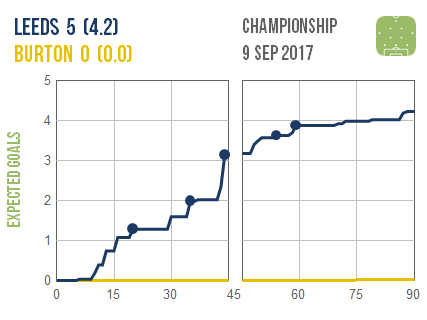 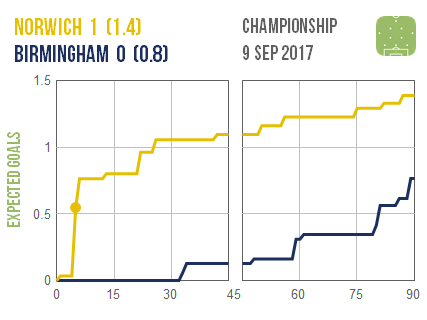 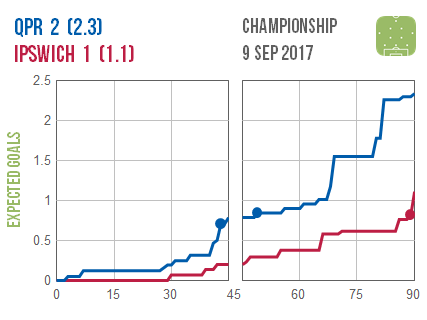 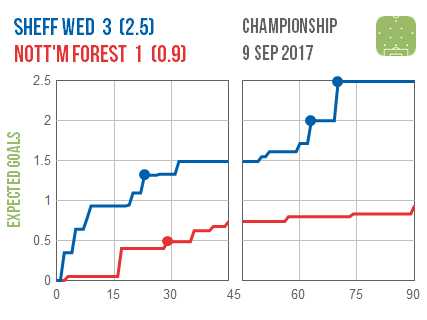