Hull really did a number on Barnsley, having barely had a look in before popping up with a late goal to snatch all three points. Reading put in a similarly flat performance until late on at Sheffield United, and when I saw their goal alert flash up I thought that they were going to pull off another expected-goals-defying result. Fulham looked pretty fortunate to have been drawing at Villa at half time, so it wasn’t a surprise to see the home side restore their lead, while Brentford’s 3-3 draw with Sunderland looks pretty fair overall. 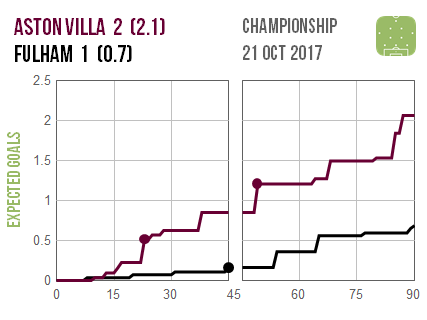 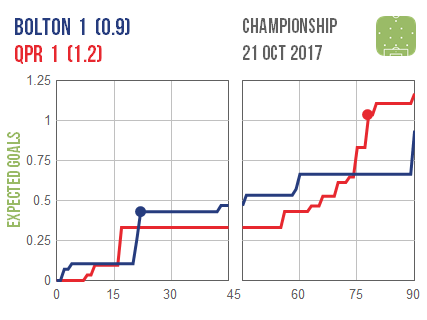 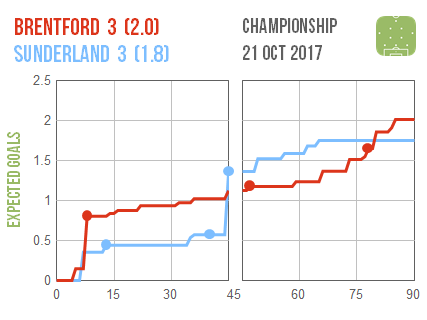 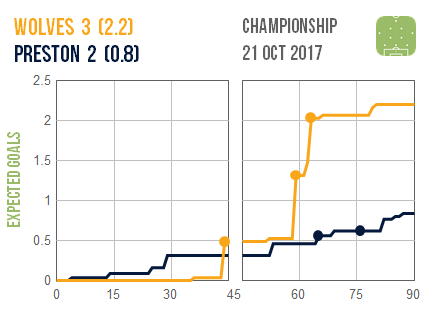