It feels like enough time has passed to update the club-by-club attack breakdowns. These are explained in detail here, but in summary they are simple scatter graphics that work as follows:

To say that Gabriel Jesus has slotted in seamlessly at Man City is an understatement – he looks to be the Premier League’s most dangerous attacker, while Raheem Sterling looks to be on something of a hot streak so far.

Another player outperforming his expected goals numbers – unsurprisingly – is Liverpool‘s Mohamed Salah, who is netting at a phenomenal rate that I suspect won’t last all season. However the quality of chances he’s getting on the end of suggests that he will continue to bang them in at an impressive rate regardless.

Leicester should probably be giving Shinji Okazaki more time on the pitch – even if his scoring rate cools down a bit, he’s still looking far more dangerous than anyone else in the Foxes’ front line. The same can be said for Charlie Austin at Southampton, although I’m not sure how much injuries have played a part in his absences.

Christian Benteke of Crystal Palace is the highest-profile underachiever so far – given his pedigree I’d expect his scoring rate to increase as the season wears on – and if he sticks around I’d also expect more from Arsenal‘s Alexis Sanchez. 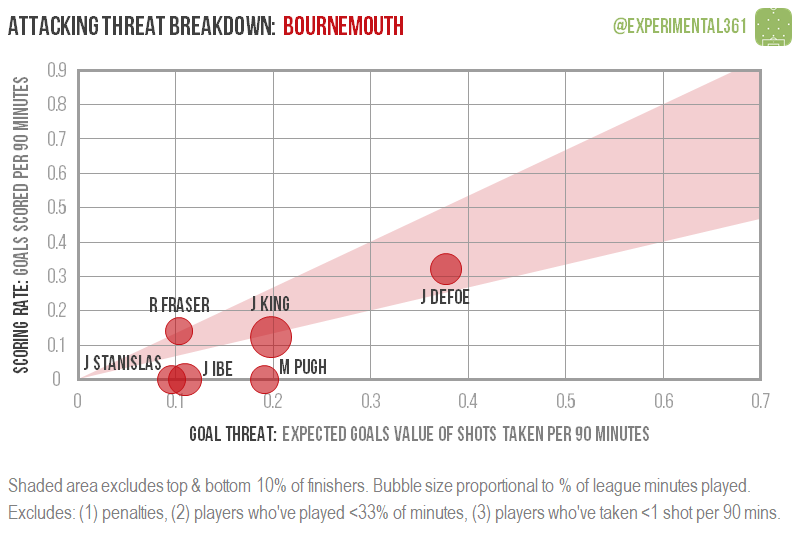 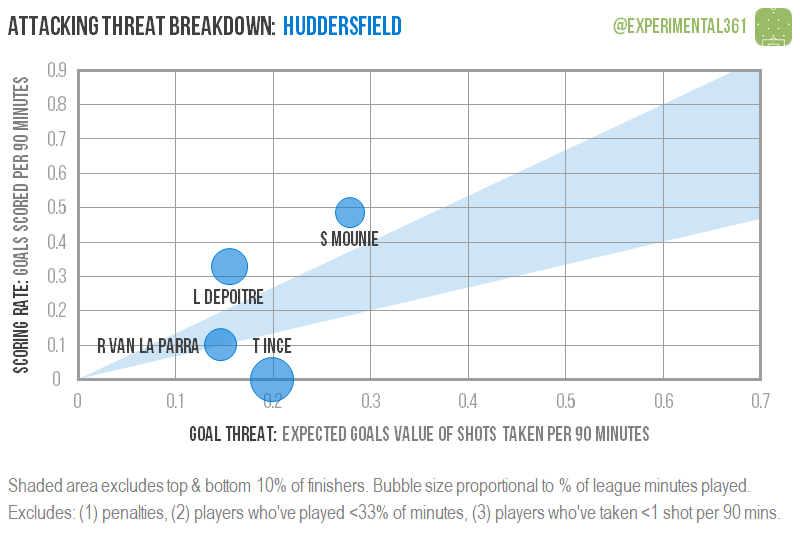 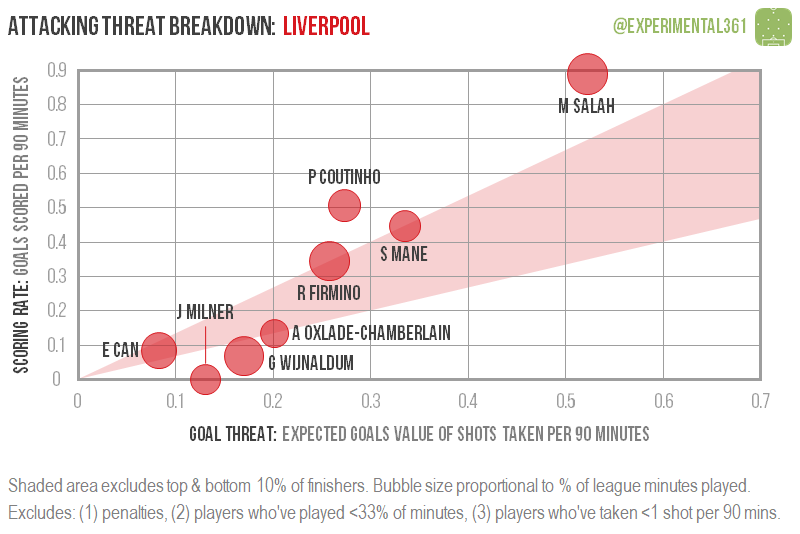 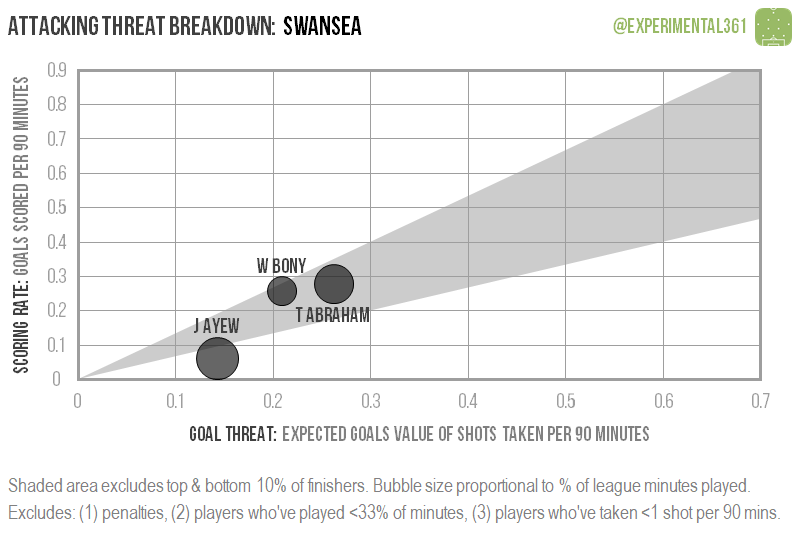 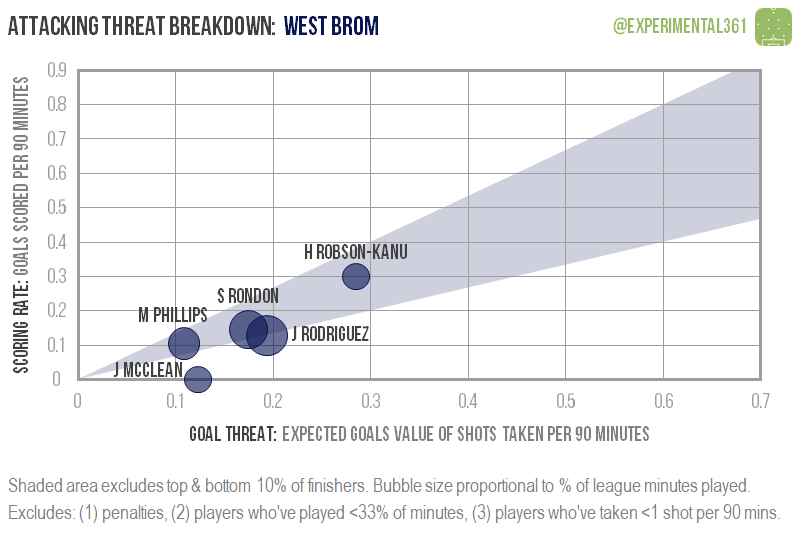