As we’re at the end of the calendar year and a shade over halfway through the season, here’s another update to the scatter graphics, which compare the attacking and defensive performances of every team in a division. Each of the four graphics is explained briefly below and at length here.

Coventry are the most dominant team in the division in raw shot terms and have the most restrictive defence overall, although Wycombe and Cheltenham have marginally out-shot them. Notts County and Port Vale can almost match their defensive performances but create far fewer shots – particularly Vale who have created the fourth fewest chances in the division so far.

The three teams to have had fewer shots all look to be in trouble defensively too: Crewe, Yeovil and Forest Green all need to see some improvement in 2018. 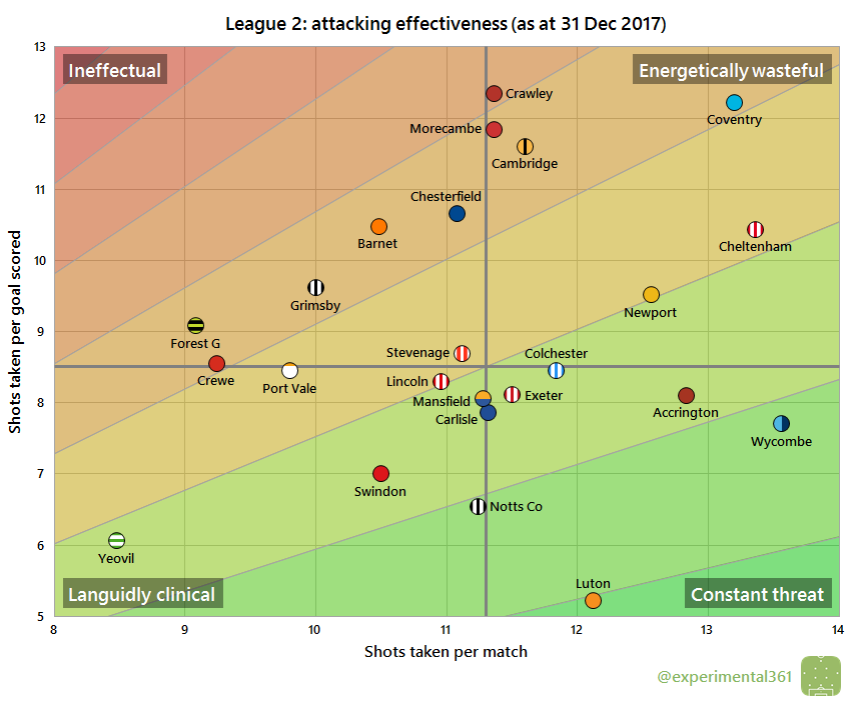 While Coventry tend to dominate matches, their finishing is the most wasteful of any team apart from Crawley. They need around twice as many attempts to find the net as promotion rivals Luton and Notts County, with the Hatters in particular looking lethal in front of goal.

Yeovil are interesting: nobody creates fewer chances but the ones they do create appear to be of a very high quality. Swindon are another less extreme example of a team converting a modest number of chances effectively. 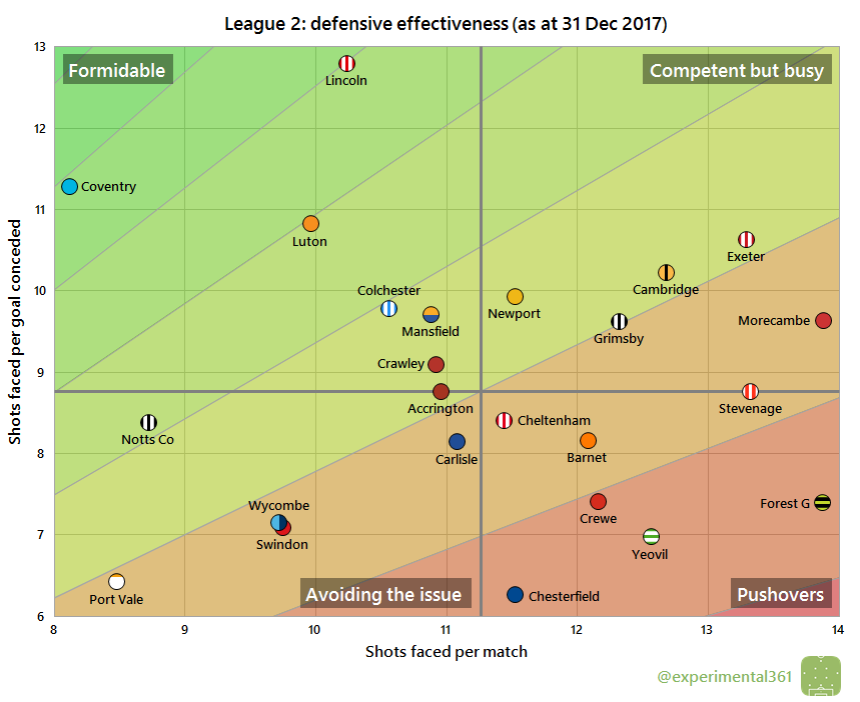 Coventry‘s defence looks pretty tough to break down, although Lincoln deserve an honourable mention here for the stubbornness of their back line: they may allow more shots but nobody has absorbed more per goal conceded.

Exeter‘s promotion tilt is relying heavily on their defence, which is being asked to soak up a surprising amount of shots for a team currently in fourth place. 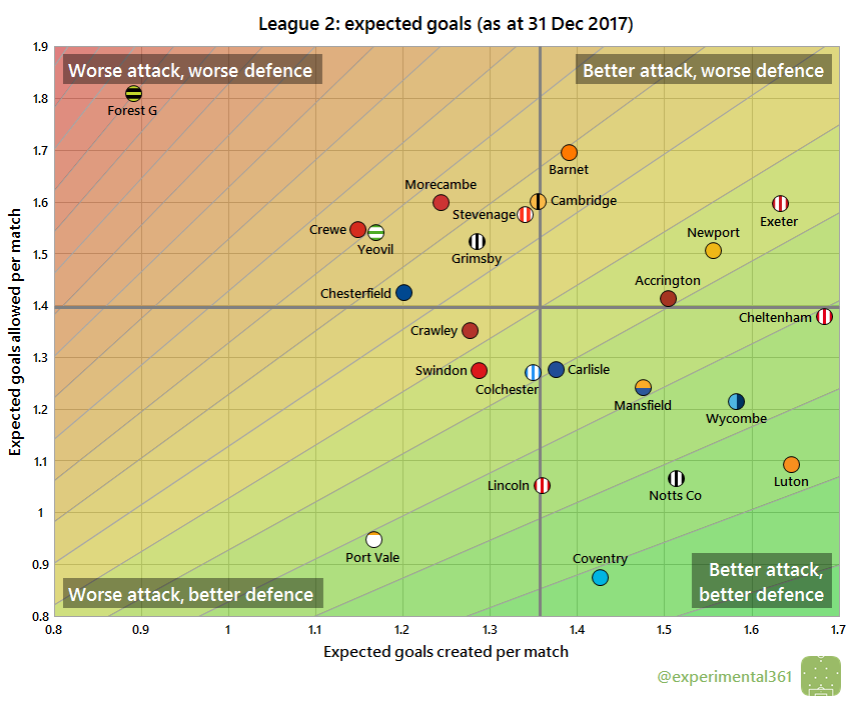 When we correct for shot quality, bottom club Forest Green are unfortunately out on their own in the worrisome top left quadrant: it’d be a huge surprise for them to survive without an improvement in the second half of the season.

Overall Coventry, Luton and Notts County have looked the most impressive, although Lincoln and Wycombe also look good enough to make the final top seven.

Port Vale are interesting – they’ve recovered from an awful start to look pretty decent overall, with an impressive defence compensating for a relatively quiet attack. Overall they look outside shots for a play-off place, although they’ve got quite a large gap to claw back.