Now that we’re over halfway through the season, I thought that it was about time I updated the long-term trend graphics I introduced last year to see how each club fared throughout their last three seasons. These are explained in full here and briefly below.

Barnet look to be in real trouble, with a decent start having sharply given way to some consistently poor performances. Exeter‘s own bright beginning to the season has also ebbed and it’s not clear that they’ll be able to sustain a promotion bid.

Mansfield have enjoyed better fortunes of late but these don’t seem to be performance-driven and they could therefore also fall away, leaving them short of pre-season expectations.

Two clubs who are impressing are Wycombe – sustaining a promotion pace with a remarkable level of consistency – and Swindon, who have continued to improve even if results have gone against them lately.

For Forest Green and Lincoln there’s no expected goals line for last season as the National League stopped collecting the necessary shot data. On the subject of Forest Green, their recent uptick in results seems to be at odds with their underlying performances, so it’s still too early for optimism. 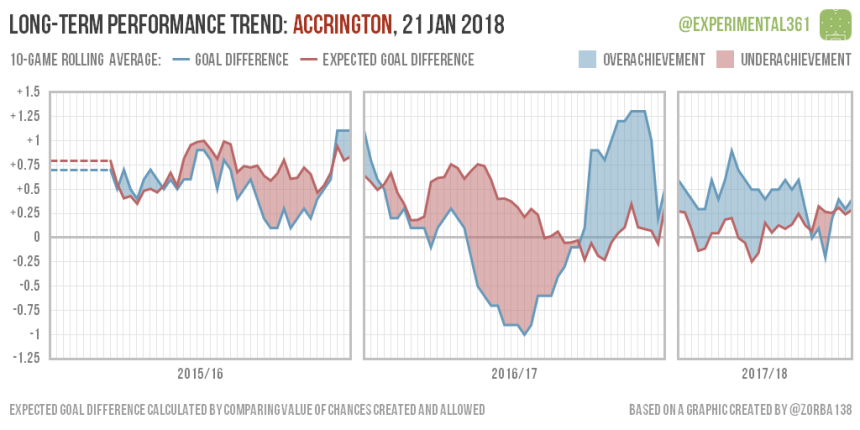 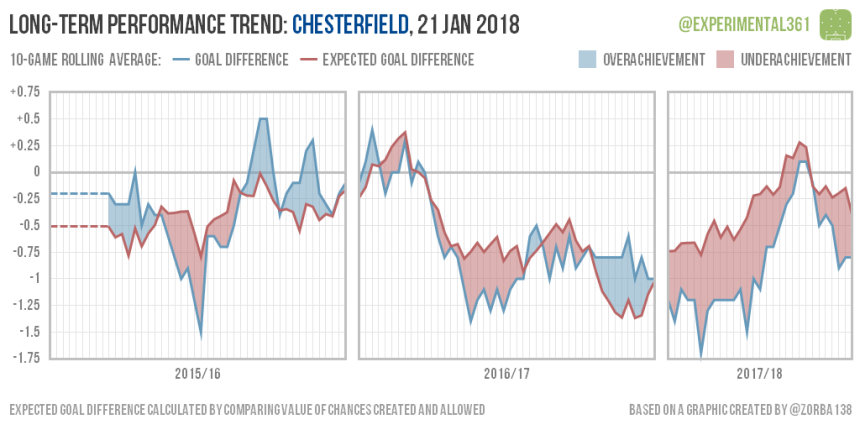 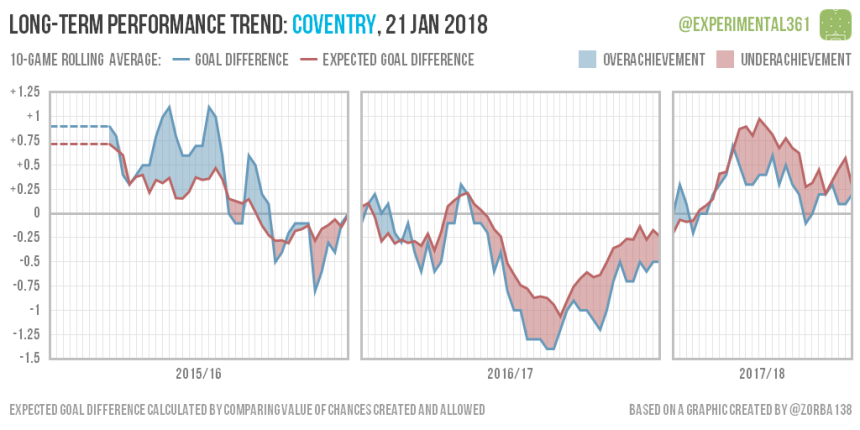 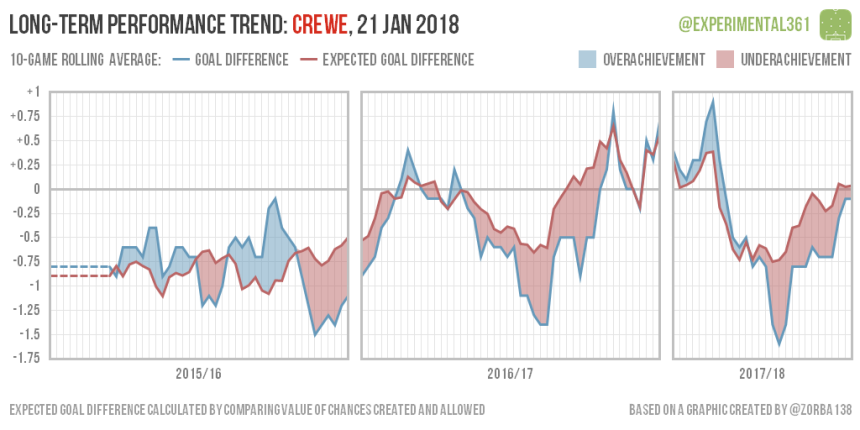 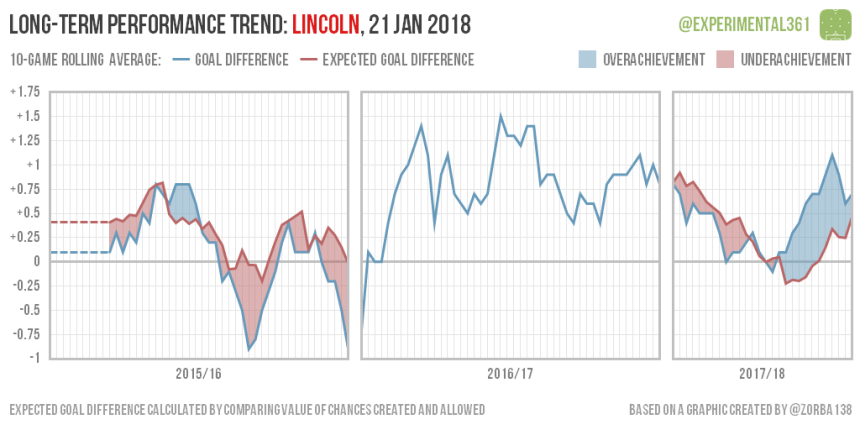 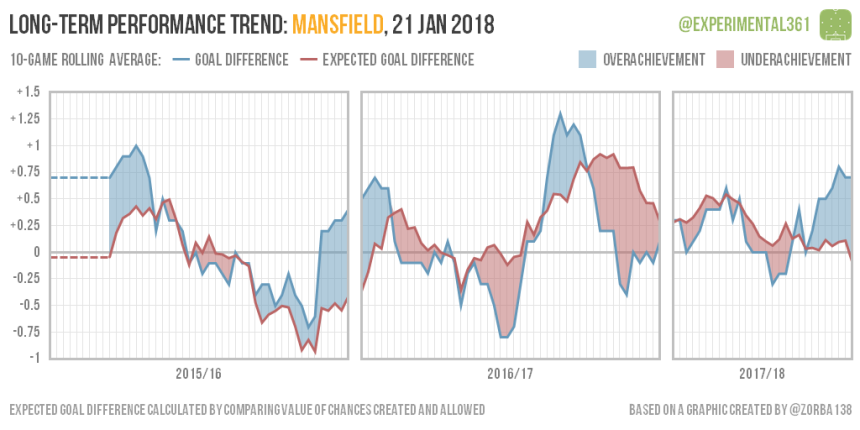 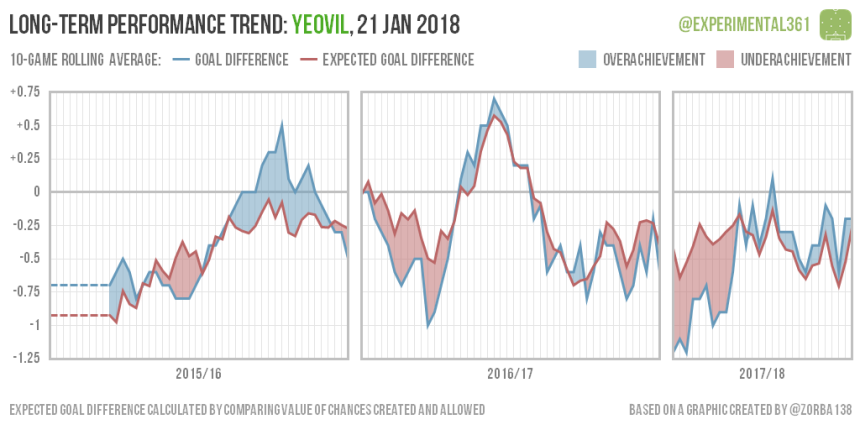