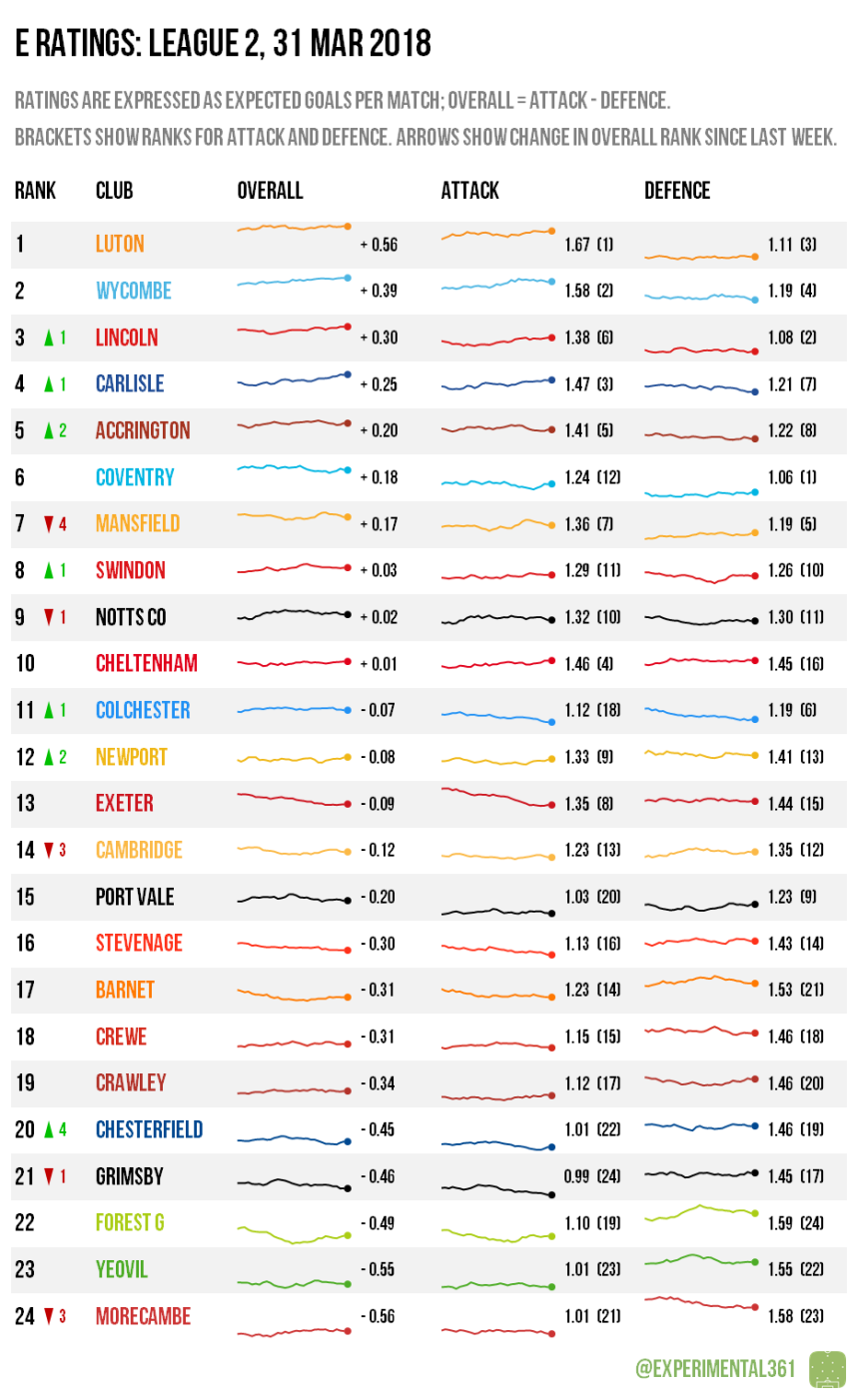 Lincoln continue to improve at just the right time, while Mansfield‘s ongoing decline was apparent as they were out-created at home to Accrington. Despite their defeat, Chesterfield have been playing better lately, although (as we’ll see below) it may not be enough to avoid relegation. 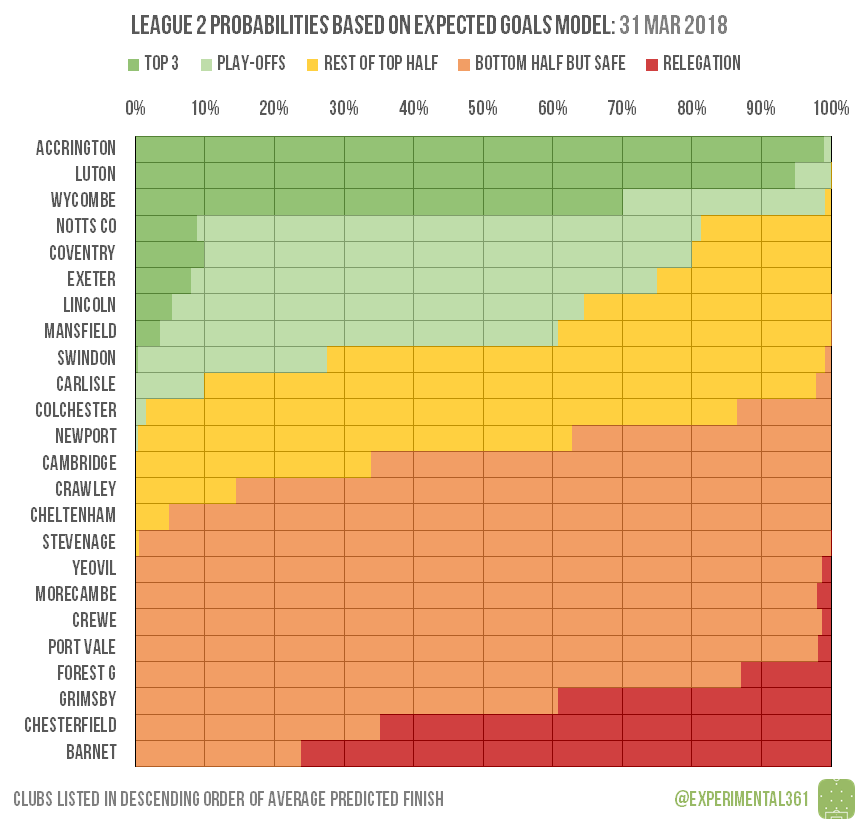 Accrington‘s win, coupled with defeat for Luton gives leaders Stanley an edge in the title race and leaves promotion looking all but certain both both teams. Wycombe are heavily favoured to nab a top three spot but a stodgy draw with fellow challengers Notts County provides hope for the chasing pack.

We’re still no nearer settling the play-off race, with five teams fighting over four spots and a few more – Swindon and Carlisle – still not out of the running. At the bottom, a precious win for Barnet, combined with a draw for Grimsby that keeps the Mariners close to the drop zone, has breathed a bit of life into the relegation battle.