Now that we’re at the end of the season, I thought that it was about time I updated the long-term trend graphics I introduced last year to see how each club fared throughout their last three seasons. These are explained in full here and briefly below.

Bradford‘s collapse this season was quite something – while they weren’t the same side as last season even from the off, they were bouncing along OK and then suddenly dropped off a cliff. Their recent recovery suggests it may have just been an extreme blip, but it’s definitely something to be concerned about ahead of next season.

Bury‘s last two seasons have been a rollercoaster, with huge swings in performance that have unfortunately been more down than up. Some woeful finishing saw them consistently underachieve this term, but hopefully relegation provides an opportunity to rebuild with a more stable platform.

Fleetwood‘s managerial change has certainly reinvigorated them – a steady decline in performances from the middle of last season was sharply reversed in recent months, although the incoming Joey Barton may well shake things up.

Plymouth had a real season of two halves, with a dire start followed by a swift surge up the table. The blue shading suggests that they were perhaps running a bit hot, but Derek Adams looks to be one of those managers who does something that expected goals can’t fully measure.

Walsall looks as though they were going to be OK at the halfway stage this season, but a sustained drop in performances saw them flirting with relegation – they need to use this summer well to avoid a repeat. 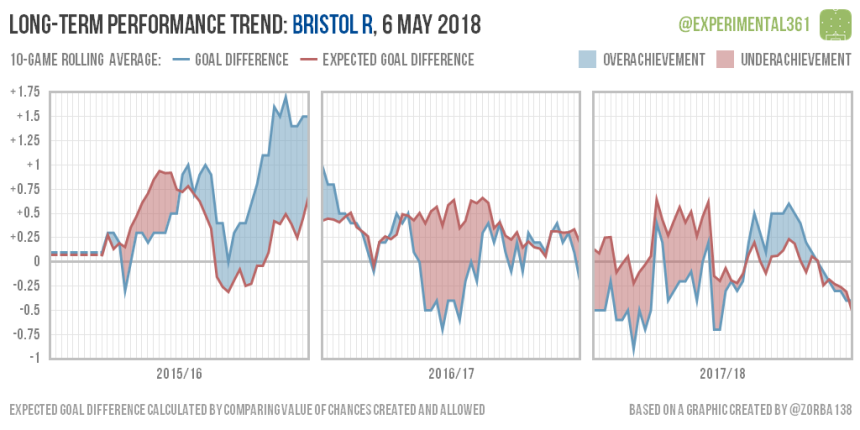 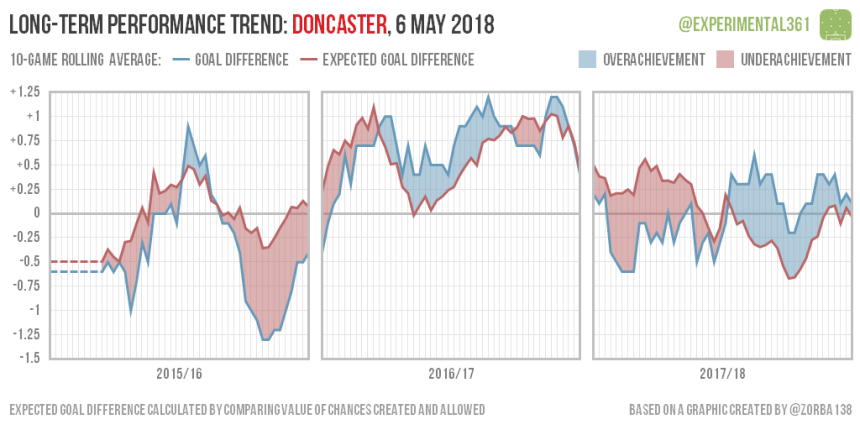 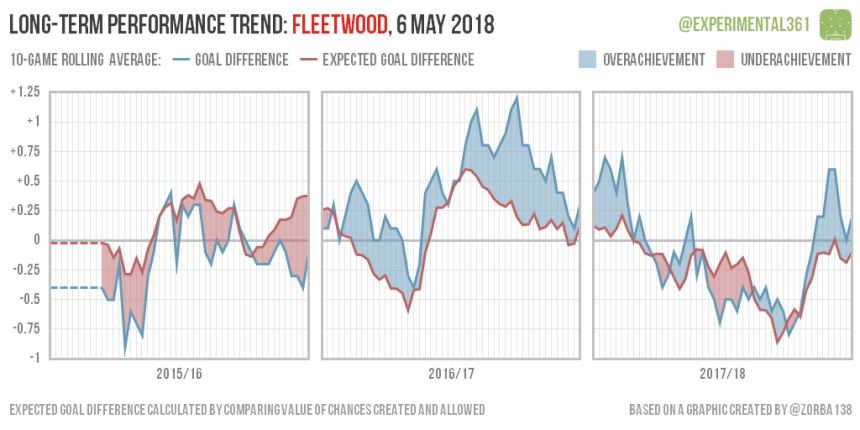 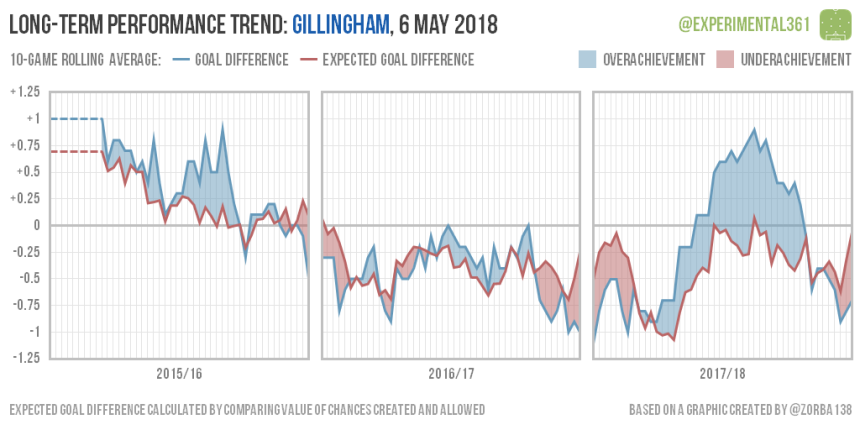 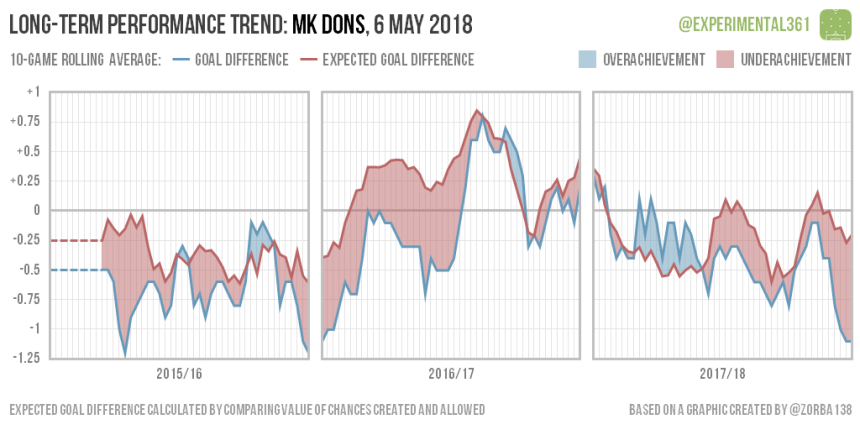 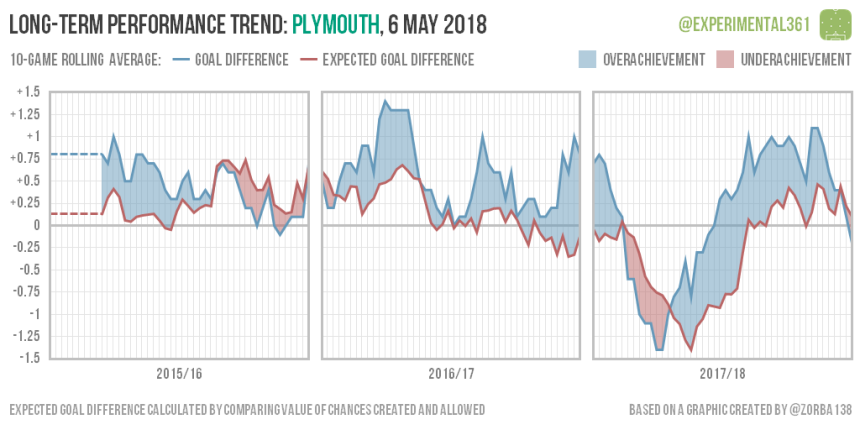 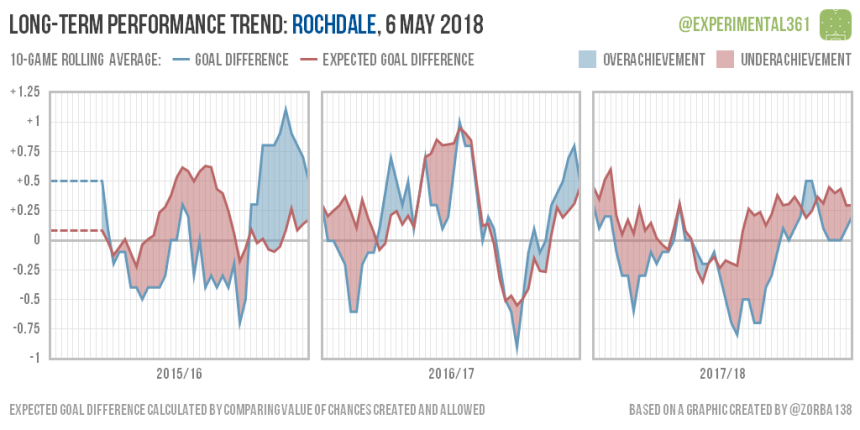 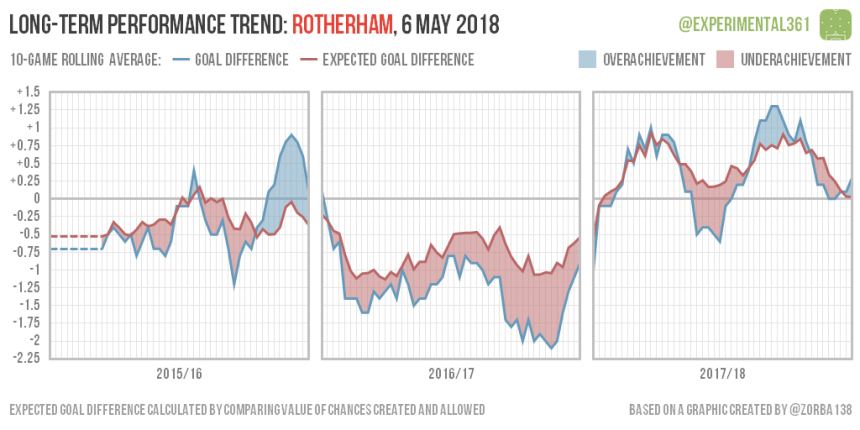