Here’s what the Football Manager 2018 data has to say about the likely line-ups for this match. The explanation for this is here but in a nutshell I’ve treated the Football Manager database like a scouting tool and compared the two teams across a range of measures by combining their in-game attributes.

Here’s how the two teams stack up in terms of overall ability according to Football Manager’s researchers, i.e. the game’s hidden ‘current ability’ stat: 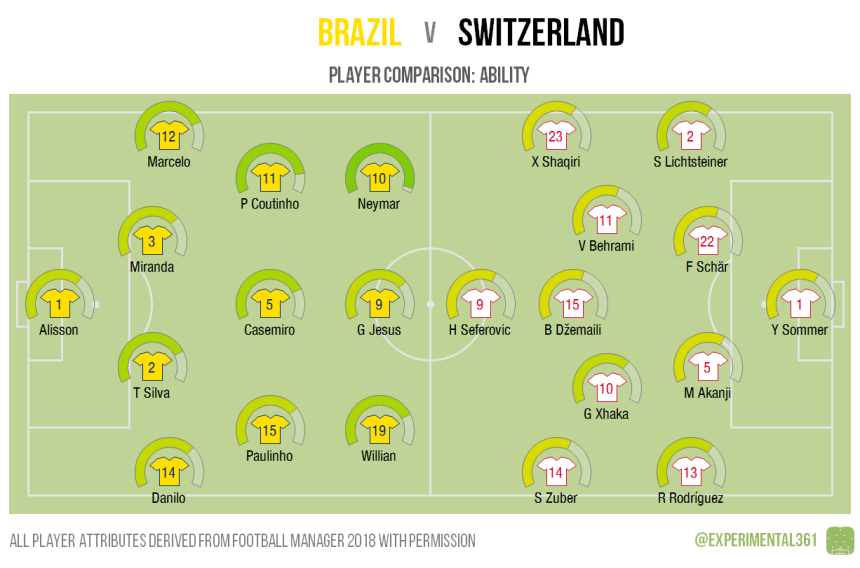 Nothing particularly controversial here and an impressive lack of weak links. Brazil are rated far more highly overall, with their “worst” player not much different from Switzerland’s “best”.

I couldn’t look at a Brazil match without running the technique comparison, which is mostly centred around FM’s technique attribute:

That Brazilian left side is insanely talented – I’d expect them to carve out far more successful attacks down this side than the right. Xhaka and Shaqiri will be key to the Swiss creating anything of note.

This tournament has already highlighted how important the mental side of the game is when the group favourites are up against another strong team: 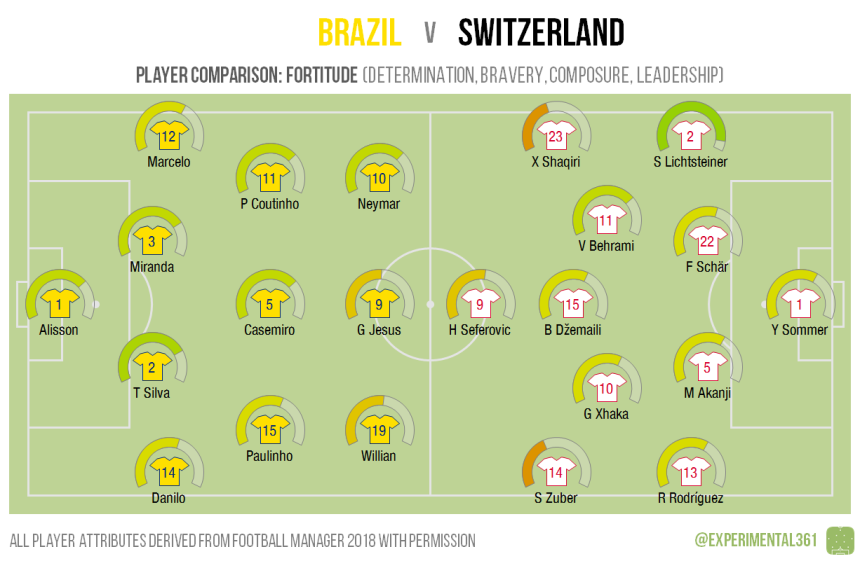 The Swiss wingers are considered by the game’s researchers to be pretty vulnerable to pressure, so if things go badly for their team then their heads may drop. Lichtsteiner at right back may be required to keep his team-mates’ spirits up.

Here’s where the goals are likeliest to come from for both sides:

Brazil have a wealth of attacking options, with almost all of their outfield players capable of finding the net. For the Swiss, Seferovic and Dzemaili are the two most reliable finishers, so Brazil should focus on keeping them quiet.