Swansea’s impressive defensive record means that they account for four of the seven defensive players in the Championship’s team for September. It’s also been a good month for Norwich with three of their players making the cut – and all in different positions – while Sheffield United and West Brom have two apiece. Top of the pile is the Baggies’ Dwight Gayle with five goals in five games this month, making him the division’s standout striker.

The current top three clubs are dominating the overall team of the season so far, led by Middlesbrough who are represented by four players – all defensive as a result of their whopping seven clean sheets. Promotion rivals Leeds and West Brom have three representatives each, with the Baggies’ all being attack-minded. The top point-scorer of the season so far however is Brentford’s Neal Maupay, whose haul of nine goals and three assists from eight appearances at the age of just 22 is frankly staggering.

Blackpool and Bristol Rovers are the dominant sides in September with three players in the team of the month each. Two other teams – Doncaster and Portsmouth – have two representatives, but the player of the month is Scunthorpe’s Josh Morris, who has once again started a season impressively. 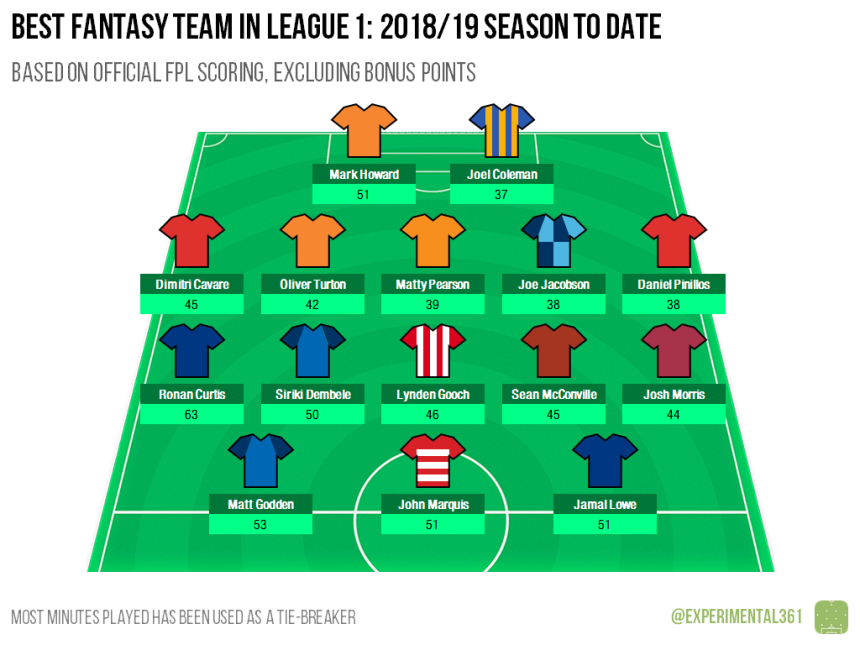 If you were looking for an equivalent of Mo Salah from the Premier League fantasy game it has to be Ronan Curtis – five goals and six assists in nine appearances is immense and he’s the top-scoring player across all three EFL divisions. Portsmouth are one of four clubs with more than one player in the team of the season so far: the others being Barnsley, Blackpool and Peterborough. 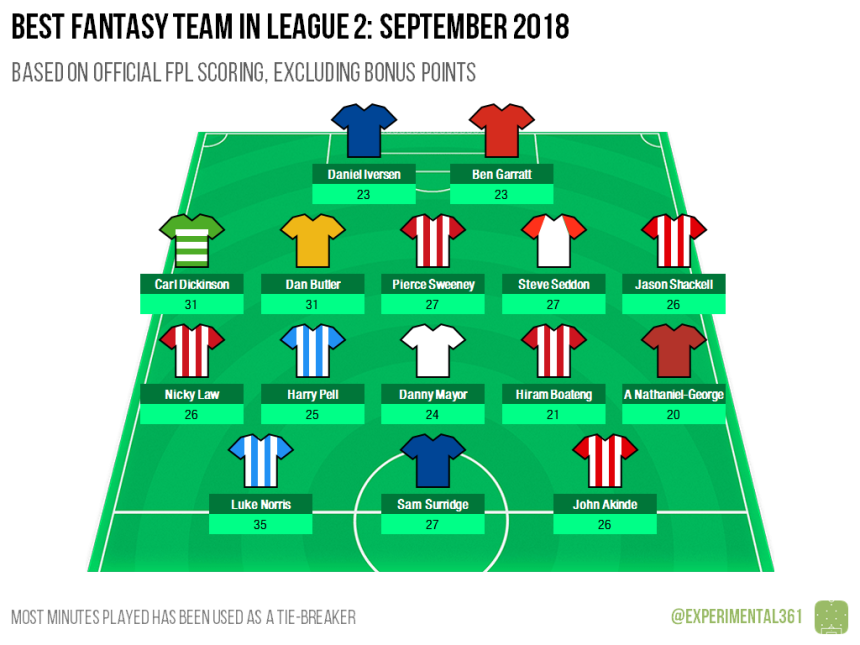 Exeter are the only club with three players in the team of the month – one in defence and two in midfield – while Colchester, Lincoln and Oldham have two representatives apiece. The Spireites’ Luke Norris is the EFL’s top-scoring player for September overall with 35 points – racked up five goals and two assists in five matches.

Across the season so far there’s no stand-out team, with four clubs contributing a pair of players to the overall squad. Carl Dickinson of Yeovil stands out as the top player thanks to two goals, three assists and five clean sheets so far, with Tranmere’s James Norwood second with seven goals and an assist to his name.