Norwich’s Timm Klose is the standout player of the month with three goals and an assist from defence, closely followed by Lukas Jutkiewicz of upwardly-mobile Birmingham. While the Blues, Leeds and Millwall each boast two players in the overall team of the month for October, a huge improvement from QPR sees three of their players make the cut. 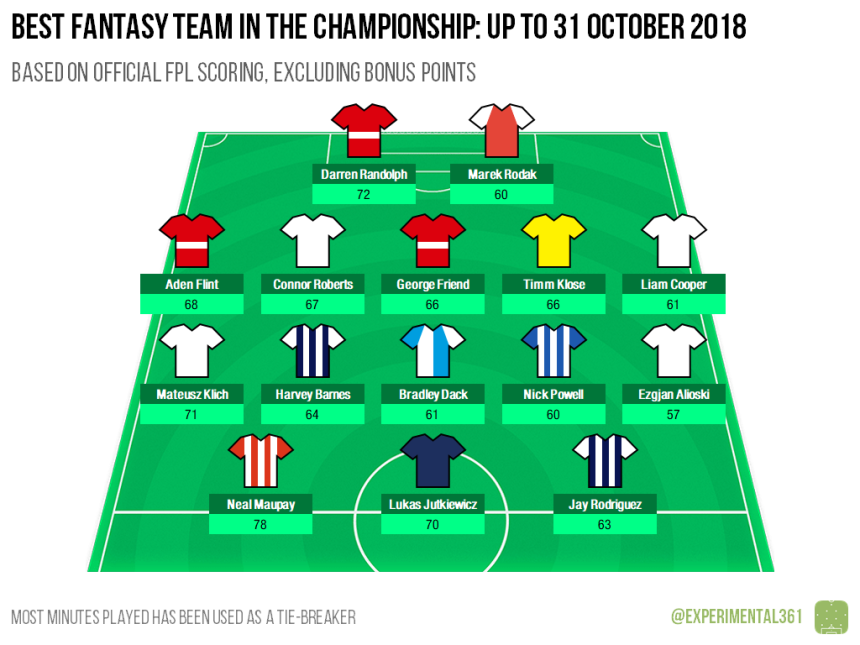 Middlesbrough and Leeds each have three players in the team of the season so far, with Boro’s – perhaps unsurprisingly – all being defensive. Despite Rotherham’s struggles this season, the sheer number of saves made by Marek Rodak is enough to rank him second among the division’s goalkeepers. Neal Maupay of Brentford remains the top-scoring player in the division overall but honourable mentions have to go to Birmingham’s Lukas Jutkiewicz and Norwich’s Timm Klose who have both seen their points tallies virtually double since September.

Plymouth’s resurgence owes a lot to striker Freddie Ladapo, whose return of six goals in six games included four openers (three of which saw Argyle go on to win). Oxford’s Curtis Nelson and Tony McMahon have also shone with four clean sheets in six while contributing to three goals between them, making United one of only two League 1 clubs with more than one player in the team of the month (the other being Barnsley, who occupy two of the five midfield slots). 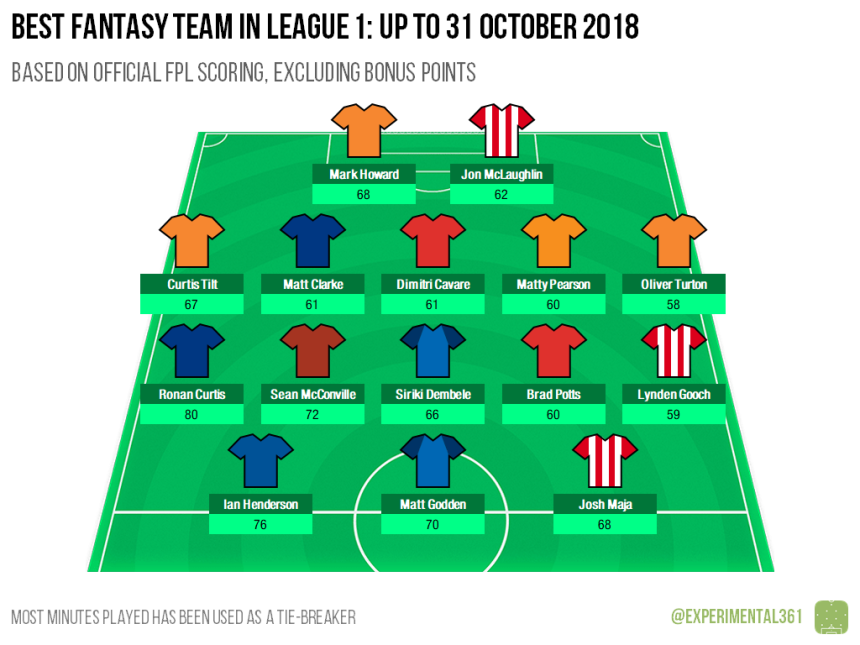 Ronan Curtis of Portsmouth continues to set the standard across the EFL and is the first player across all three divisions to reach 80 points. While both leaders Pompey and second-placed Peterborough have two players in the team of the season so far, fellow promotion-challengers Sunderland and mid-table Blackpool have three apiece.

We have a three-way tie for player of the month in League 2, with Crewe goalkeeper Ben Garratt, MK Dons defender George Williams and former Dons striker Nicky Maynard – now at Bury – tied on 34 points. Garratt made plenty of saves (including a penalty) along with his three clean sheets, Williams chipped in with a couple of assists alongside four shut-outs and Maynard bagged five goals and an assist this month. Four clubs – Crawley, Crewe, MK Dons and Tranmere – have two players apiece in this month’s top-rated team. 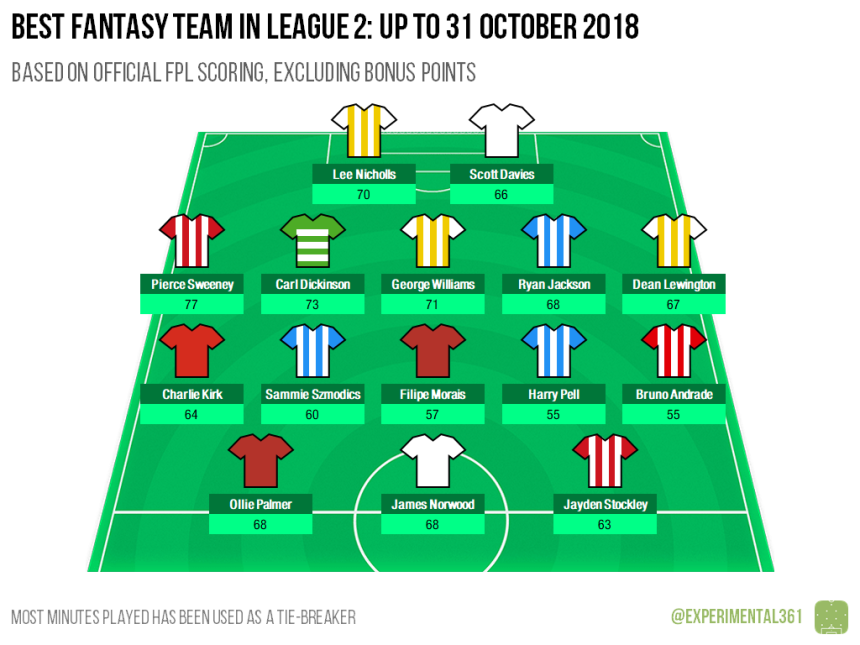 Title challengers MK Dons’ impressive defensive record sees three of their players in the team of the season so far – a feat only matched by fellow promotion-chasers Colchester at the moment. Paul Tisdale’s former club Exeter boast the top-scoring player in the division thanks to Pierce Sweeney’s four goals and three assists from defence to go with his five clean sheets.