With the FA Cup first round and subsequent international break creating a bit of a breather, I thought it would be interesting to take a first look of the season at the club-by-club attack breakdowns. These are explained in detail here, but in summary they are simple scatter graphics that work as follows:

Neal Maupay of Brentford has set the standard so far as a constant menace, although Derby’s Jack Marriott deserves credit for how well he’s managed the step up from League 1. Billy Sharp’s been scoring at a breathtaking rate for Sheffield United but the data suggests that he won’t be able to sustain that pace all season unless he gets better chances – the same can be said for Kemar Roofe at Leeds, with Birmingham’s Lukas Jutkiewicz and Jón Daði Böðvarsson of Reading also potentially running a bit hot. Meanwhile Tomer Hemed of QPR stands out as a player who’s been getting on the end of better chances than his goal tally suggests, and he could therefore start scoring more regularly as the season goes on. 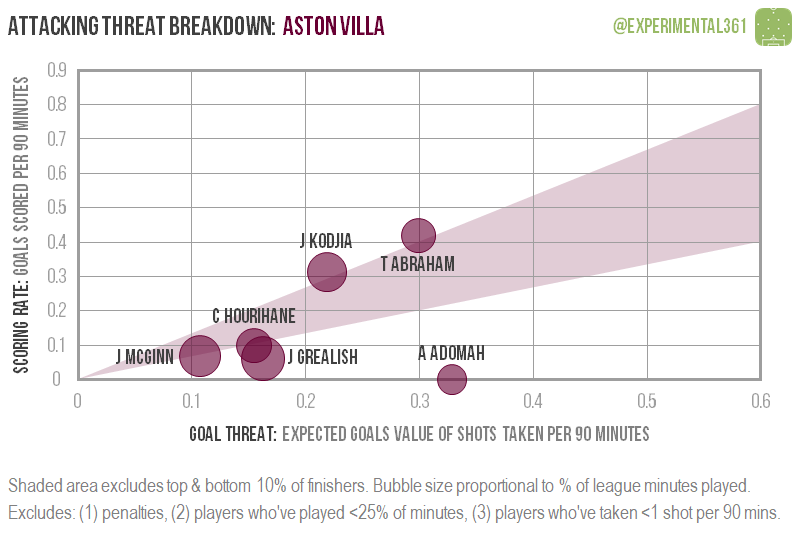 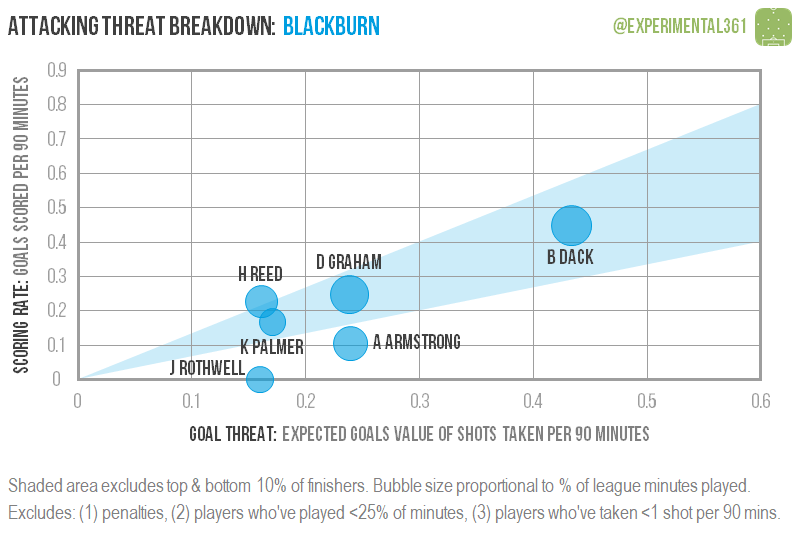 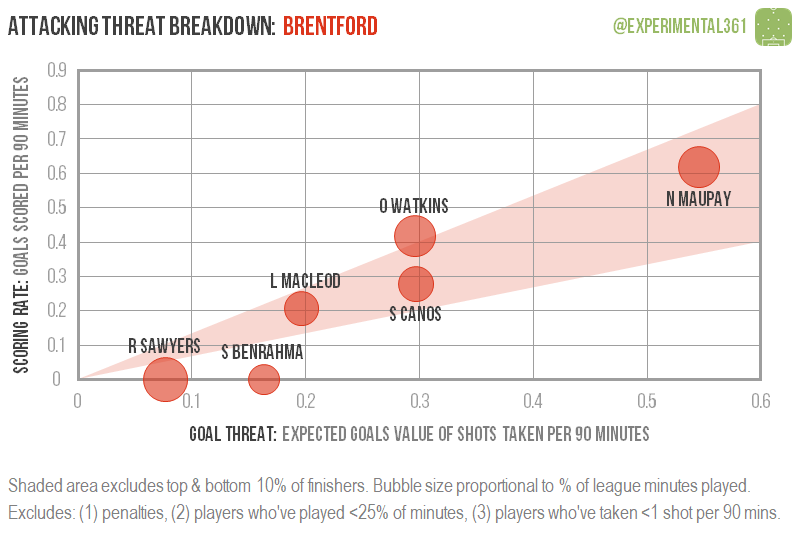 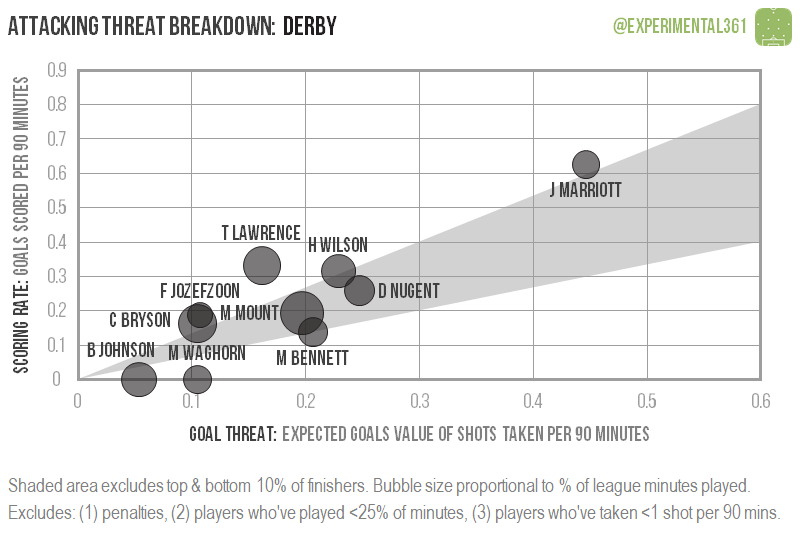 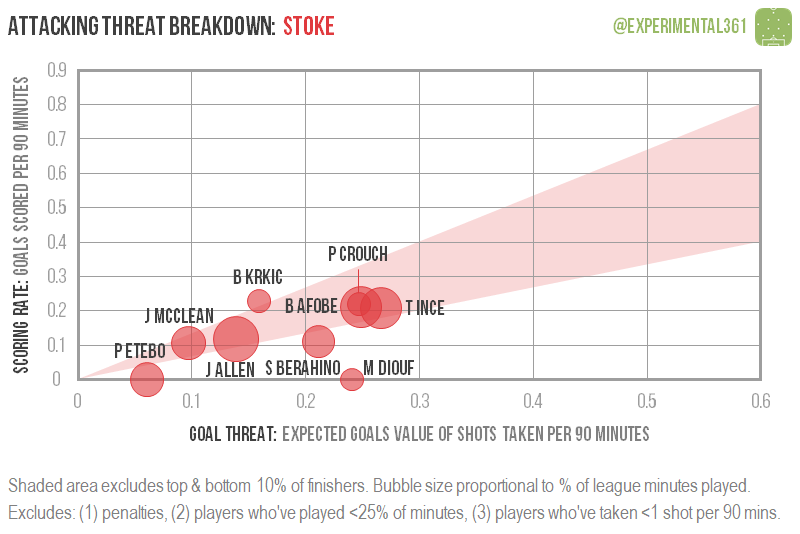 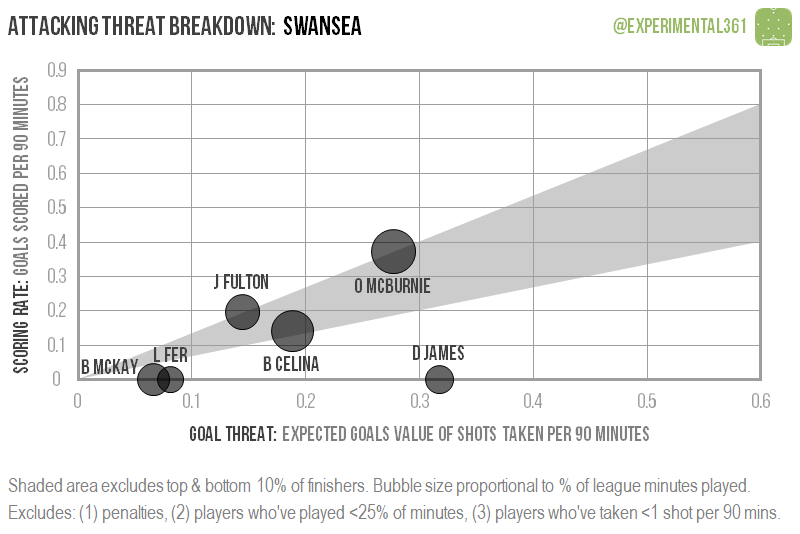 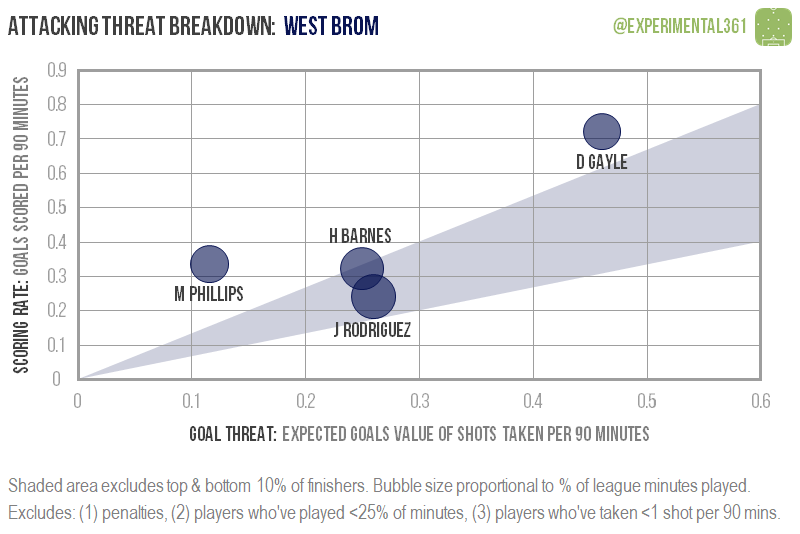