With the FA Cup first round and subsequent international break creating a bit of a breather, I thought it would be interesting to take a first look of the season at the club-by-club attack breakdowns. These are explained in detail here, but in summary they are simple scatter graphics that work as follows:

Tom Eaves of Gillingham and Peterborough’s Matt Godden have led their respective lines impressively so far, but – along with Josh Maja at Sunderland – may be running a bit hot given how frequently their chances have ended up in the back of the net. Barnsley’s George Moncur stands out as a player who’s due more luck in front of goal, although Wimbledon’s struggles can also be partly explained by their three most dangerous attackers all scoring less often than you’d expect. 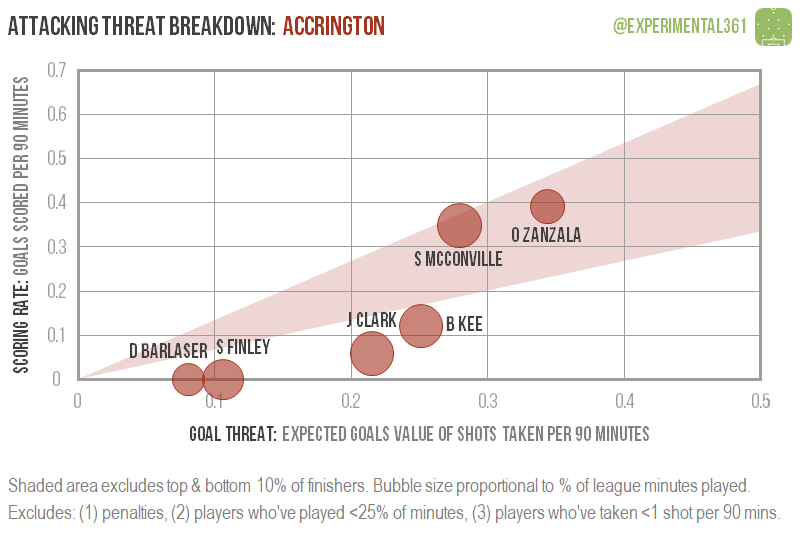 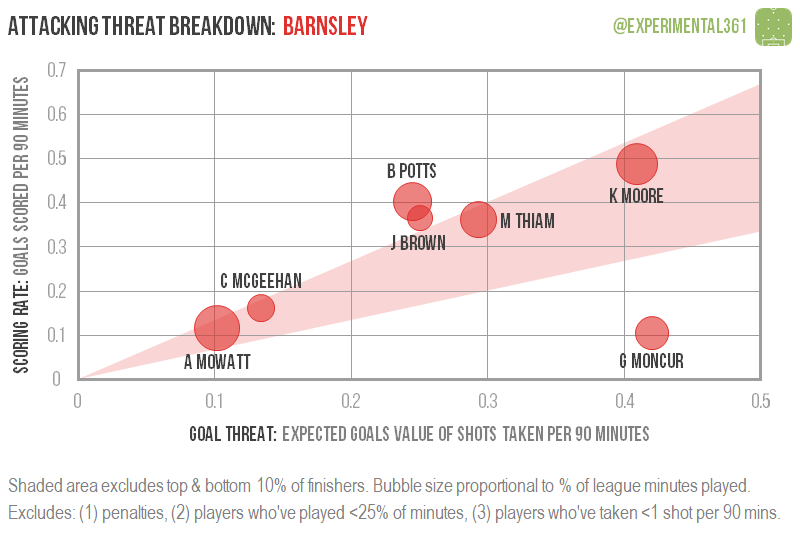 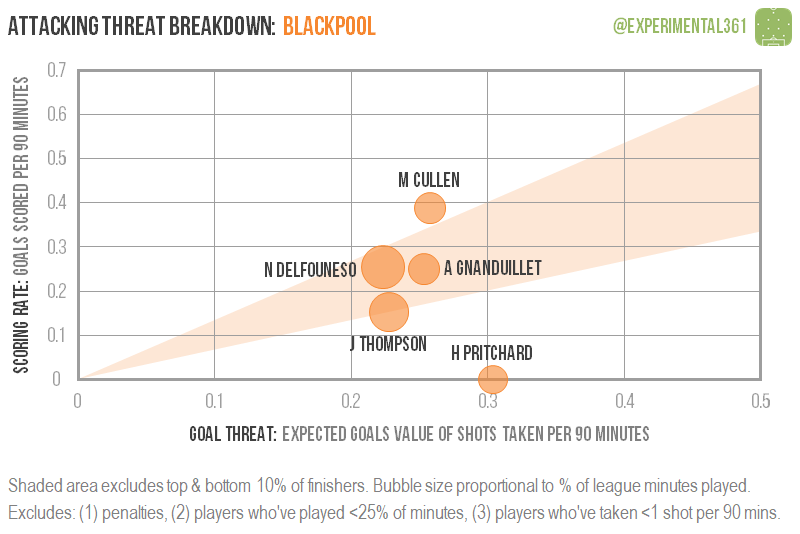 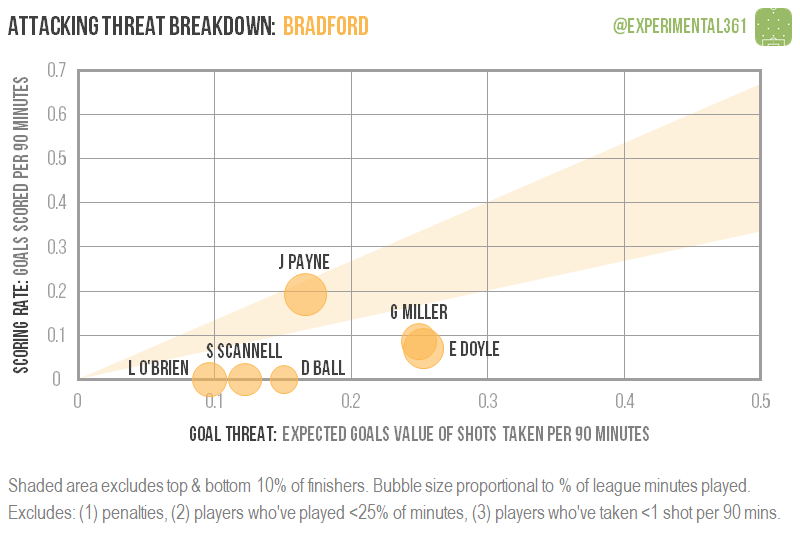 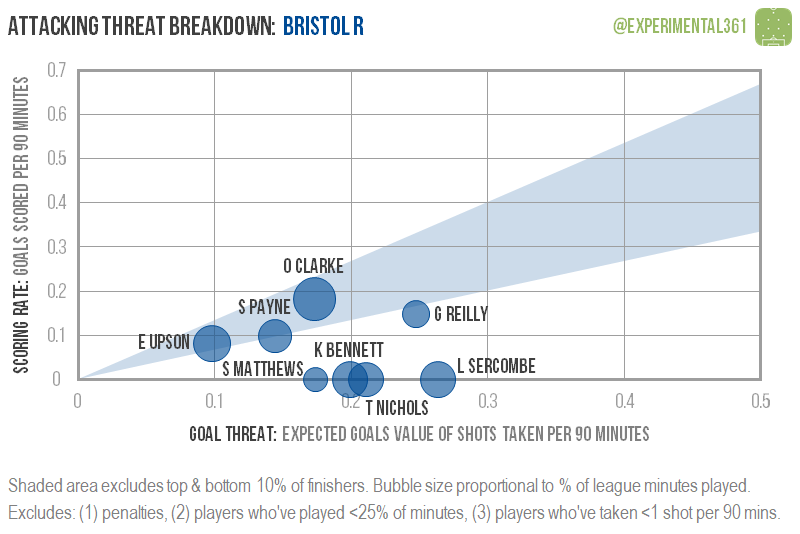 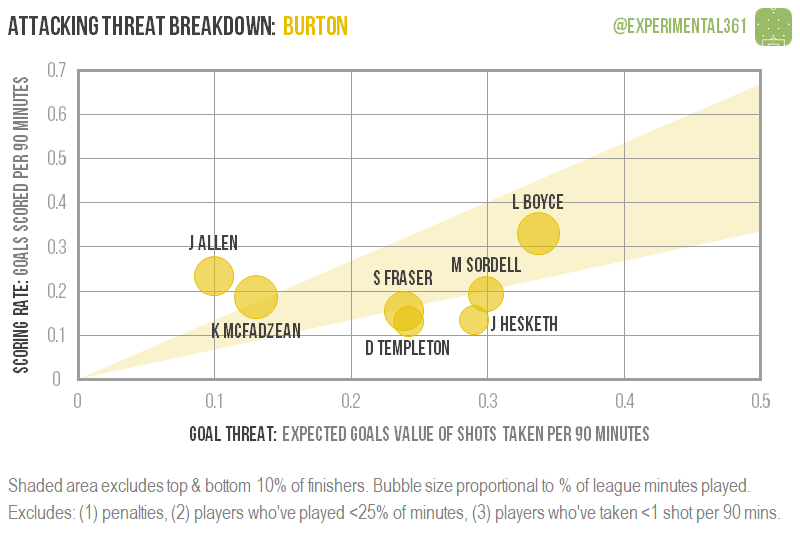 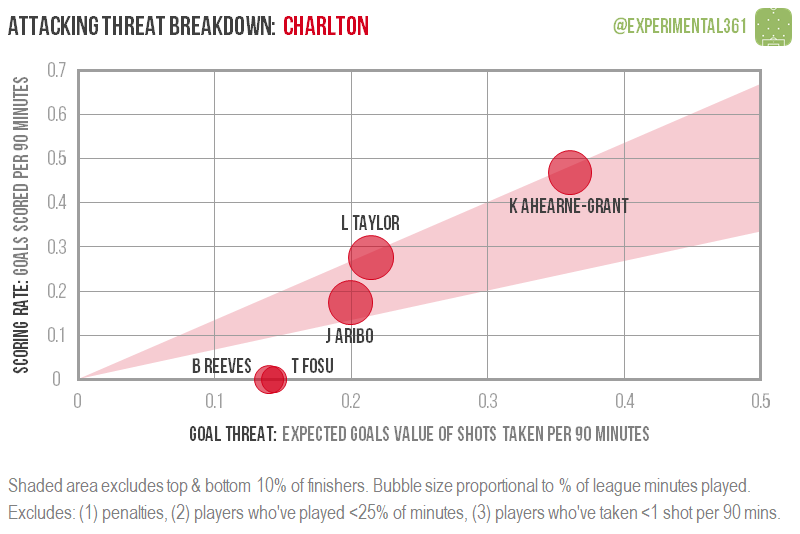 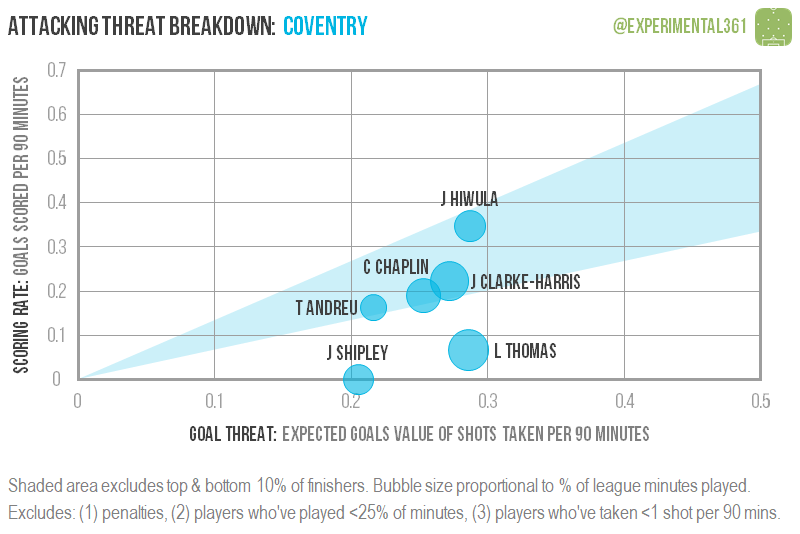 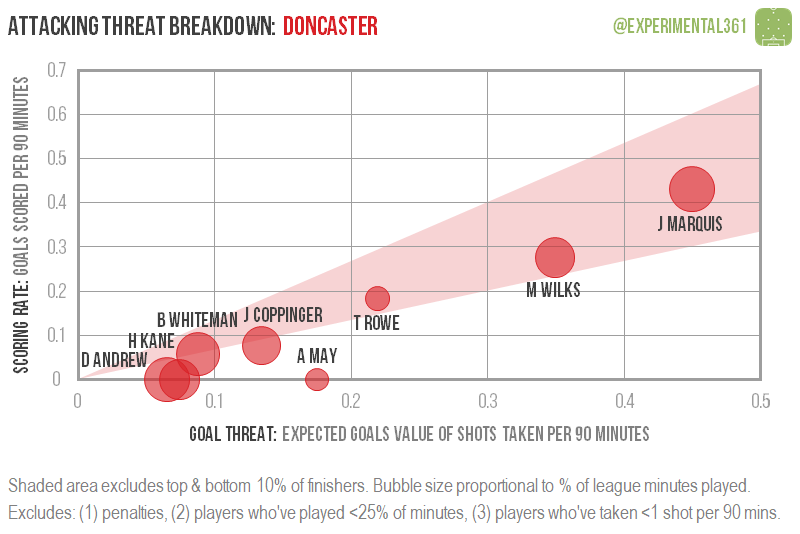 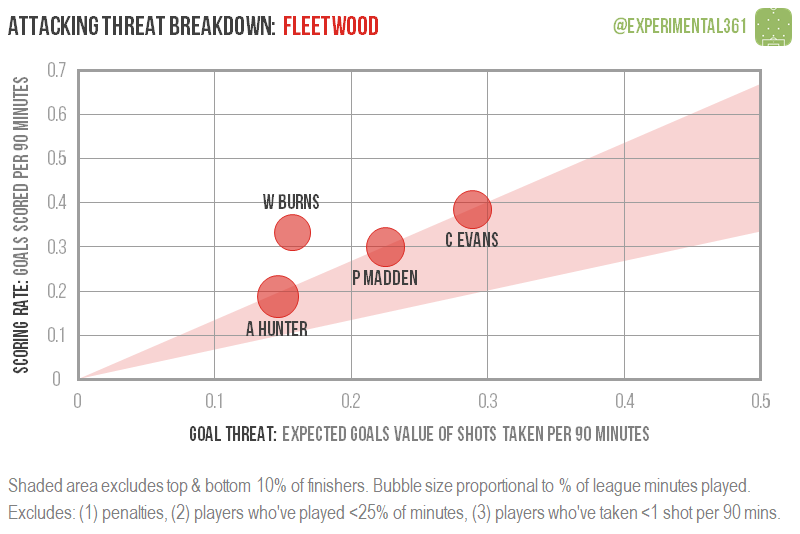 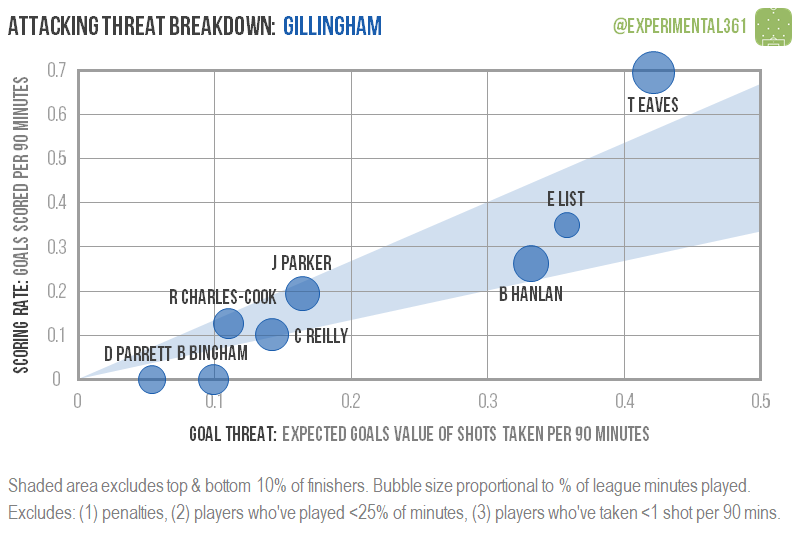 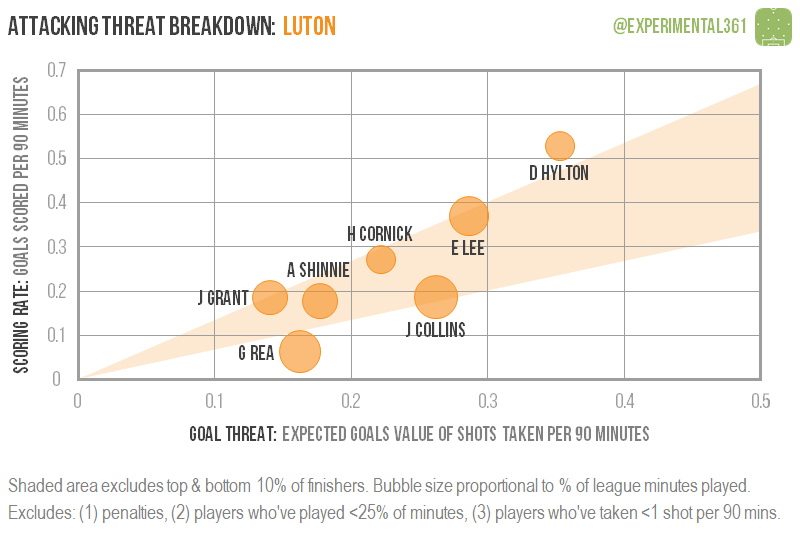 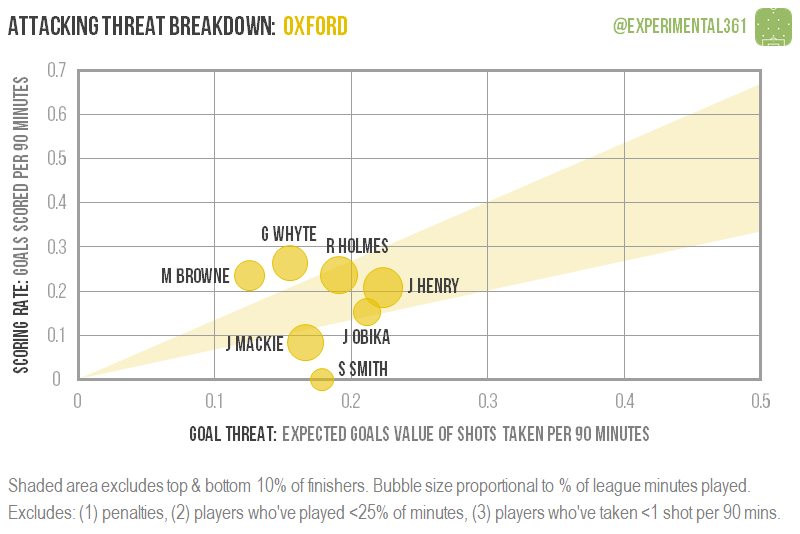 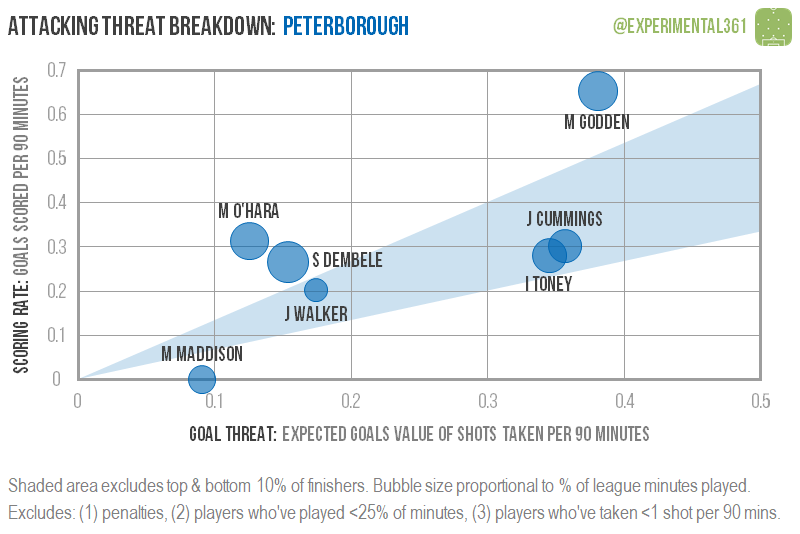 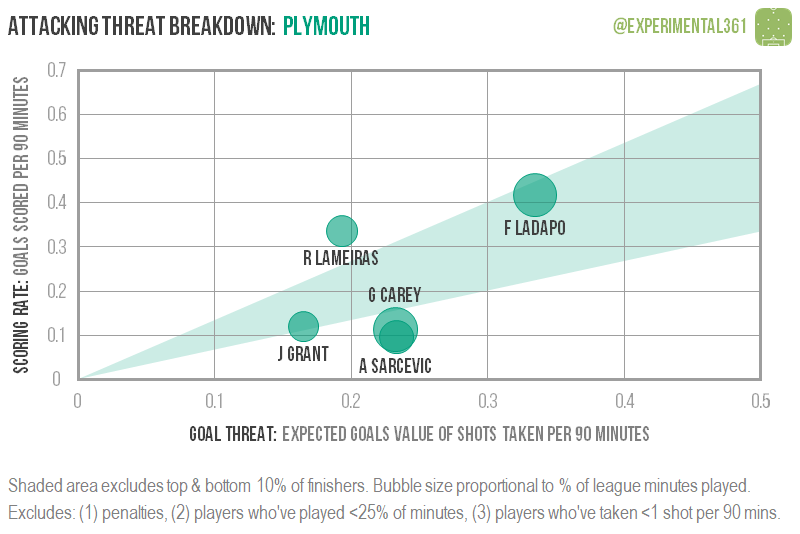 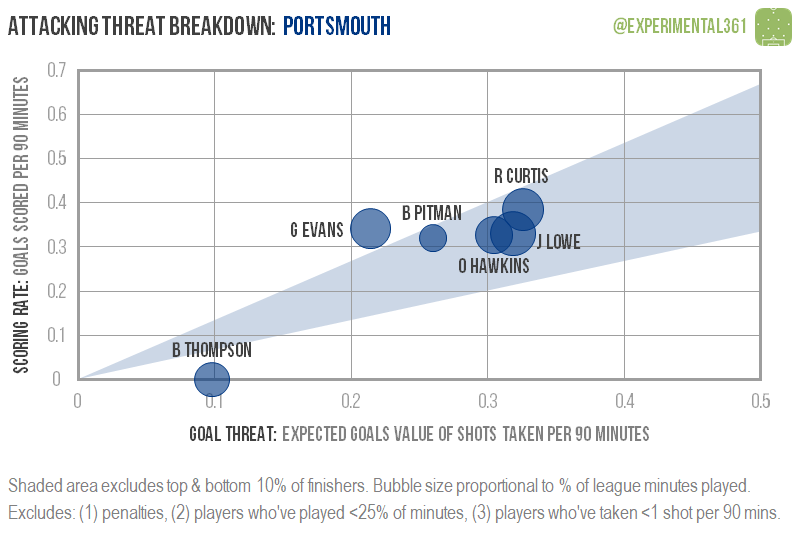 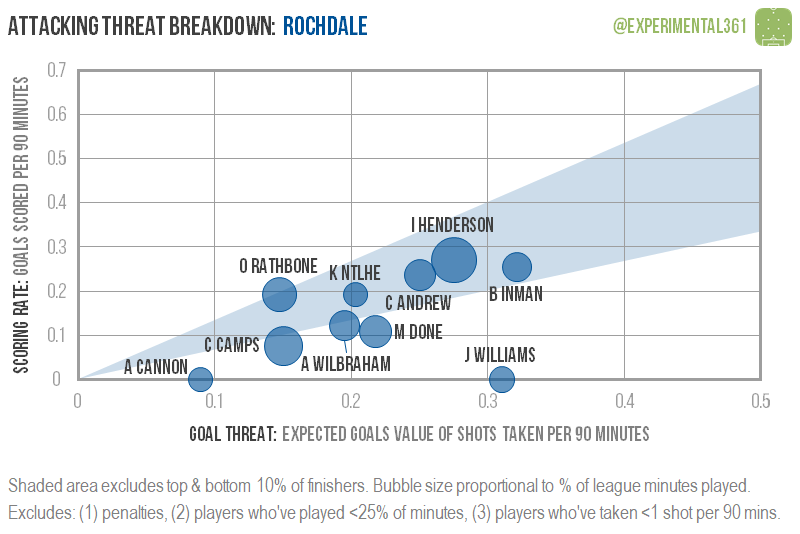 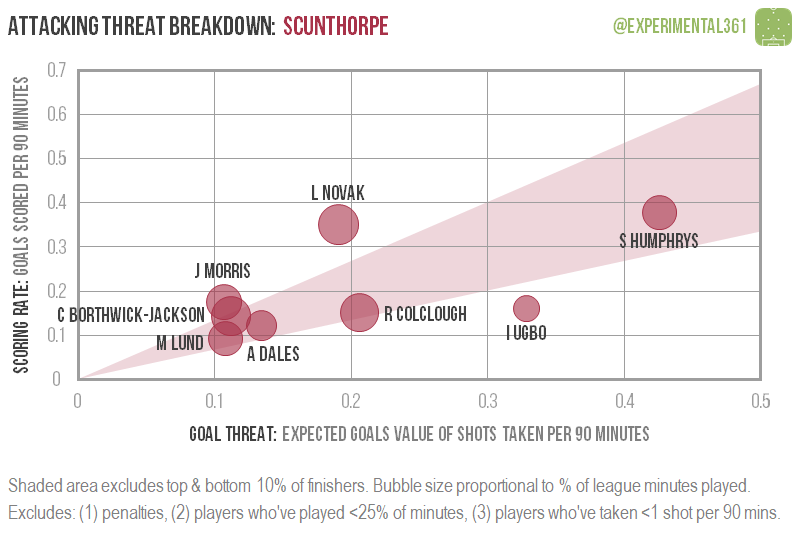 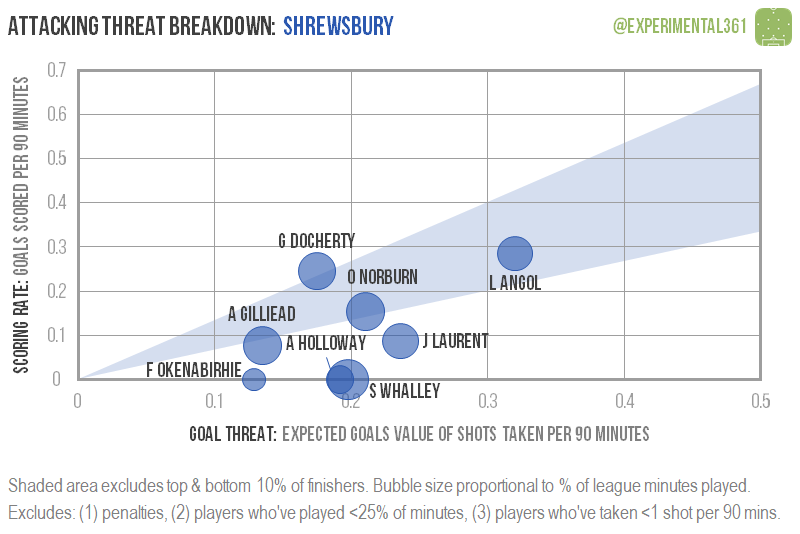 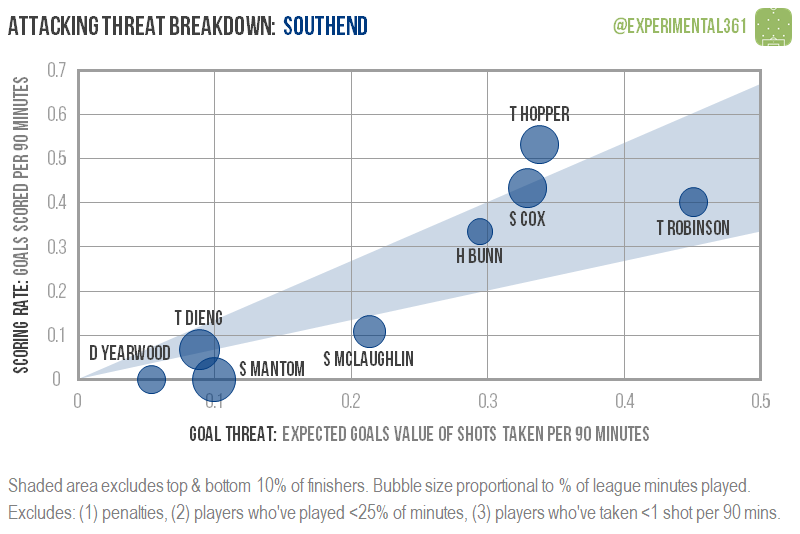 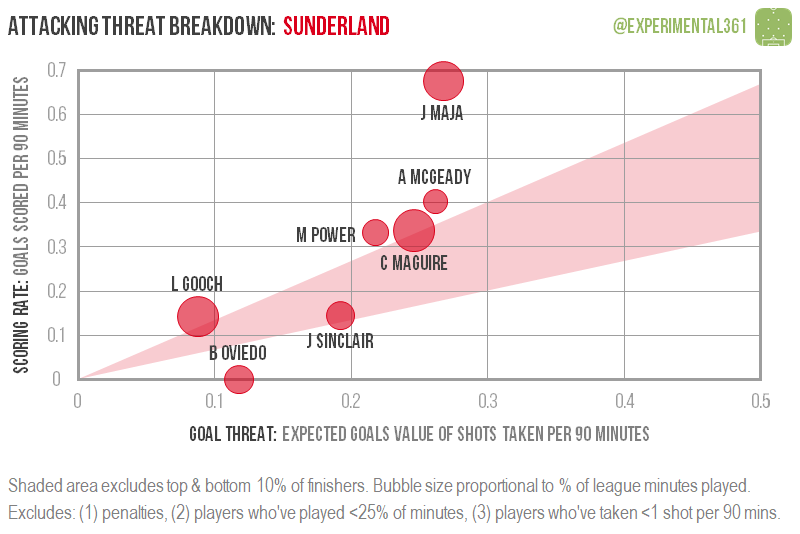 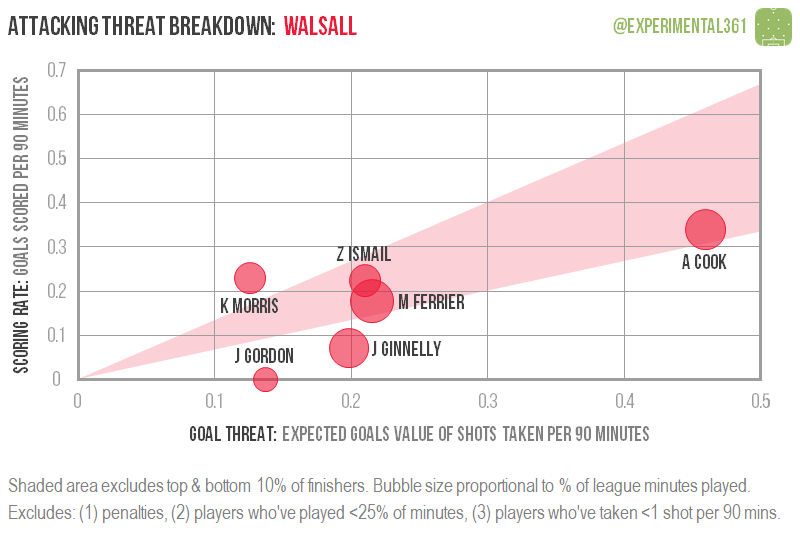 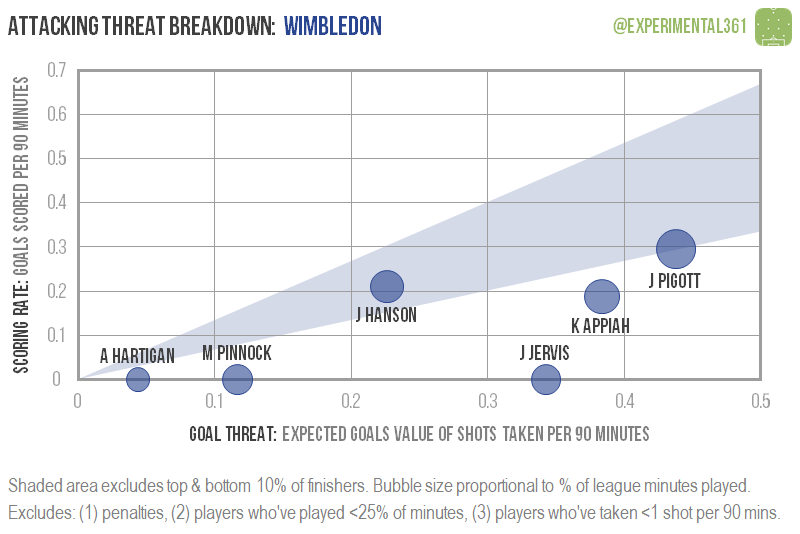 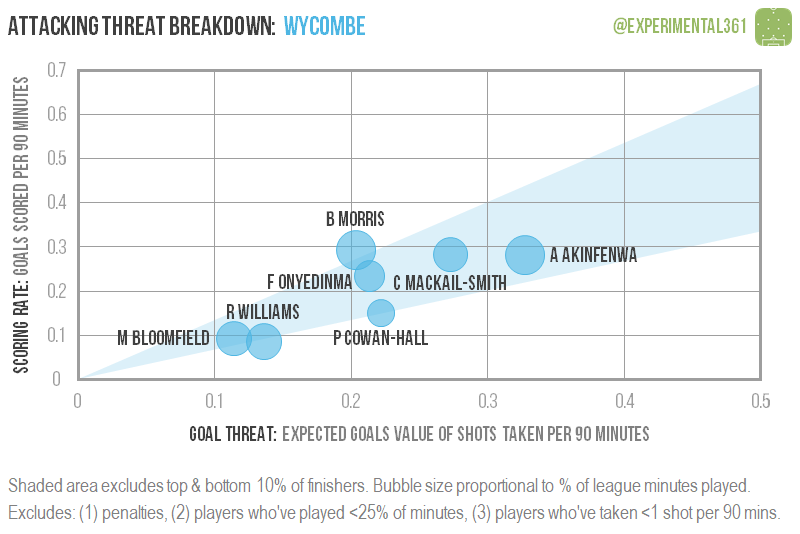