We’re far enough into the season that it’s worth updating the long-term trend graphics, which show how a club’s results and underlying performances compare over a three-season period. These are explained in full here and briefly below.

These are adapted from a very similar design by the Swedish blogger Zorba138 and are intended to track a club’s long-term performance, plus whether this was an underachievement or an overachievement based on the balance of chances created.

Carlisle and Cheltenham both look significantly worse than last season and things don’t seem to be getting any better for Grimsby either – after a promising start the Mariners’ performances have dipped and are continuing the downward trend from last season. Northampton look to have had an unlucky start but are finally getting the results to go with their underlying numbers. Notts County’s performances look to have been in steady decline since the turn of the year and while results are improving it’s not yet clear if Harry Kewell has fixed the underlying problems. Swindon’s decision to part with Phil Brown looks reasonable on this evidence – their results partially masked a decline in performances since last season. To end on a positive, Yeovil are maintaining a decent standard of play, even though they were running a bit hot earlier this term.

Note: There’s not been any shot data since 2015/16 for the National League (a backward step that I utterly detest), so any club to have spent time there won’t have any differences shown for those seasons as they can’t be calculated. 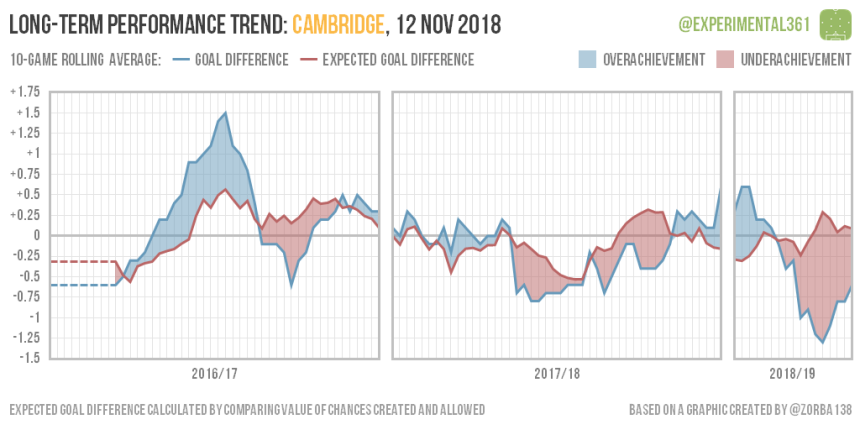 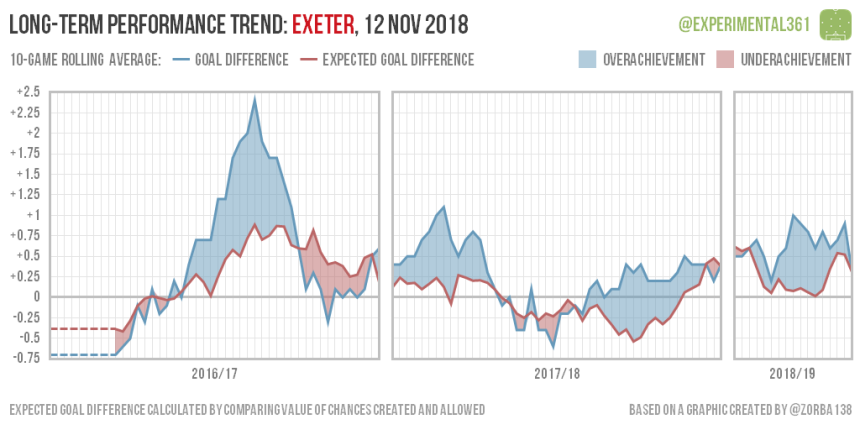 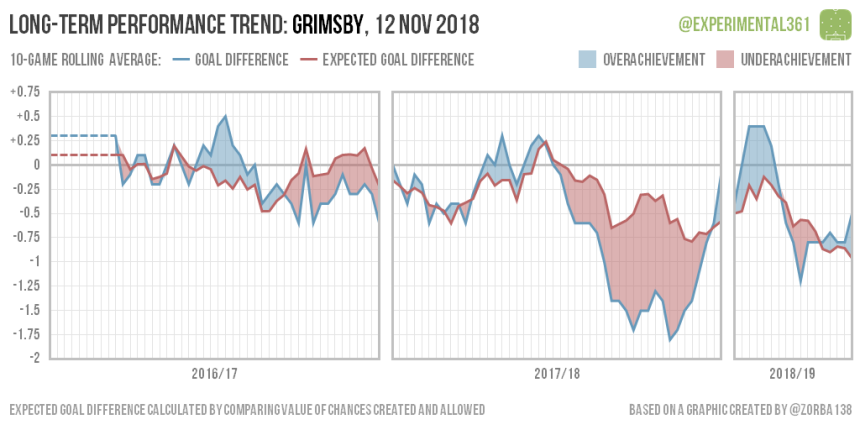 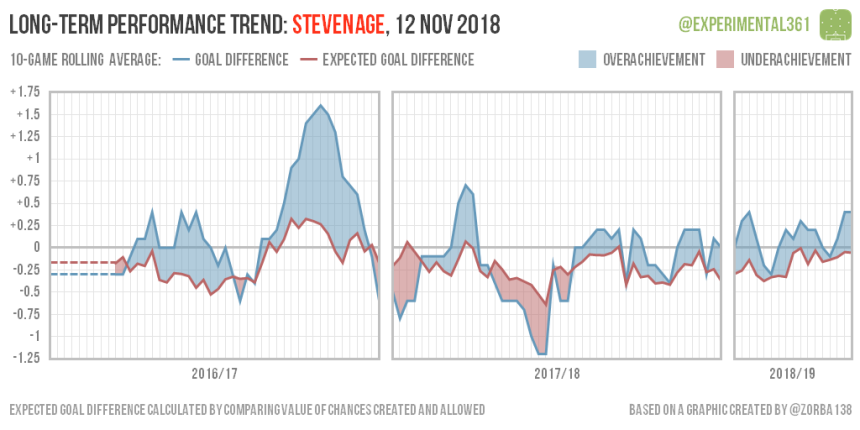 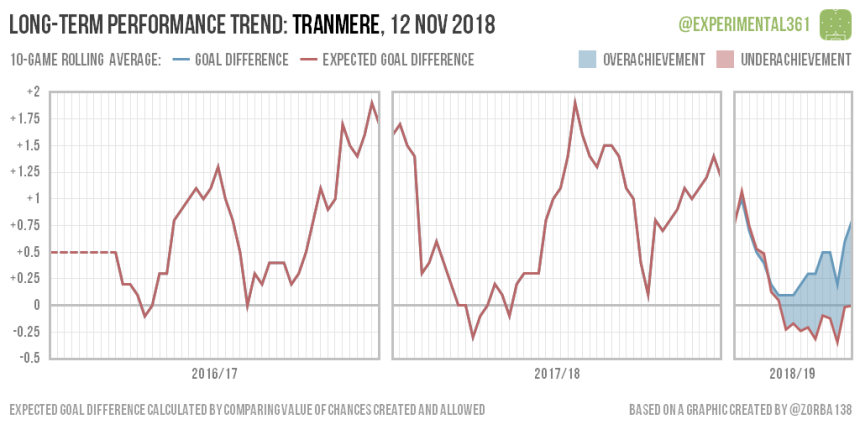