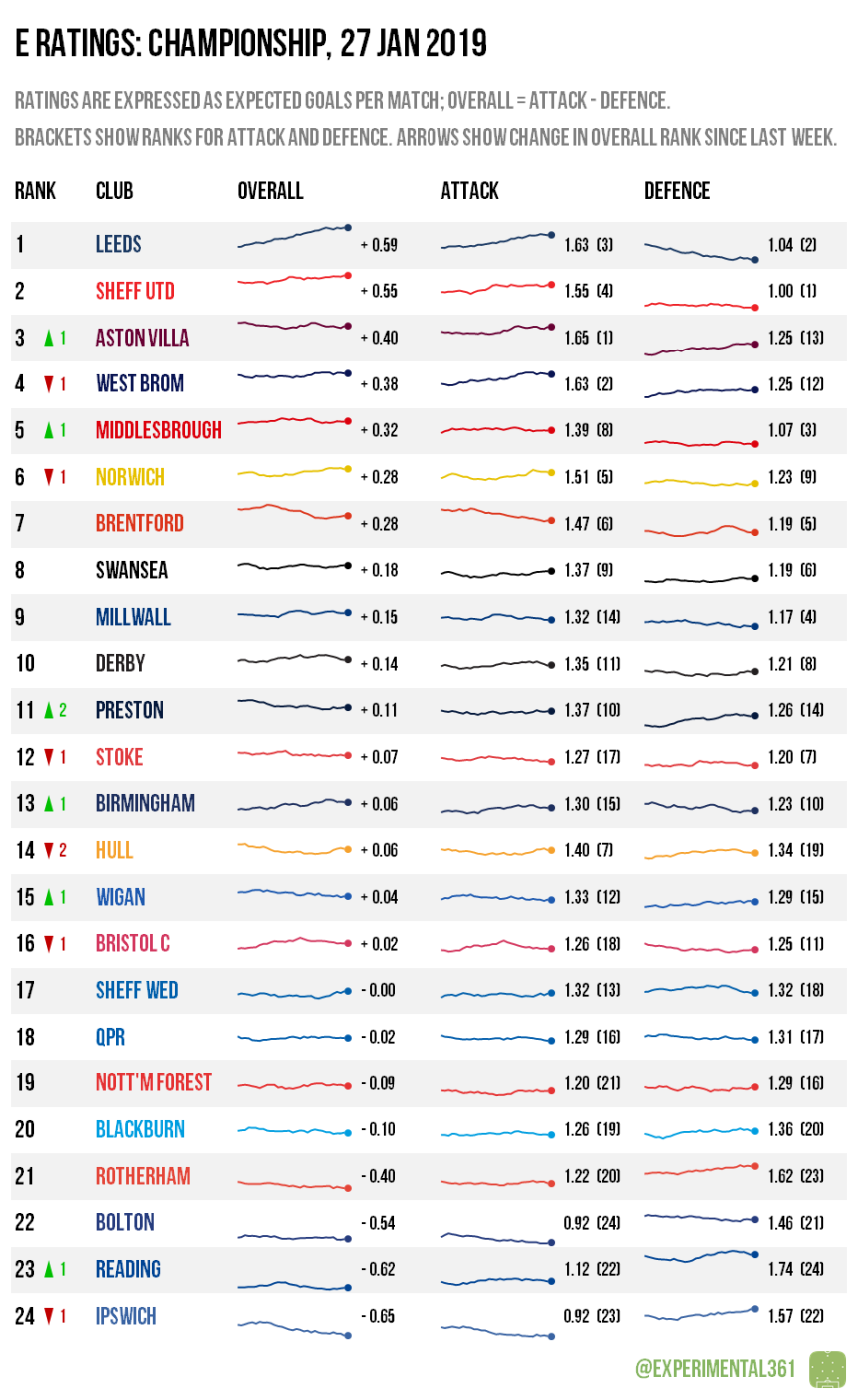 Leaders Leeds have been the division’s most impressive side this season, although Sheffield United have looked almost as strong. Aston Villa look capable of recovering from their disappointing start to the season, with their formidable attack compensating for some relatively average defensive performances.  At the sharp end there are four sides – the current bottom four – who have looked significantly worse than the rest. 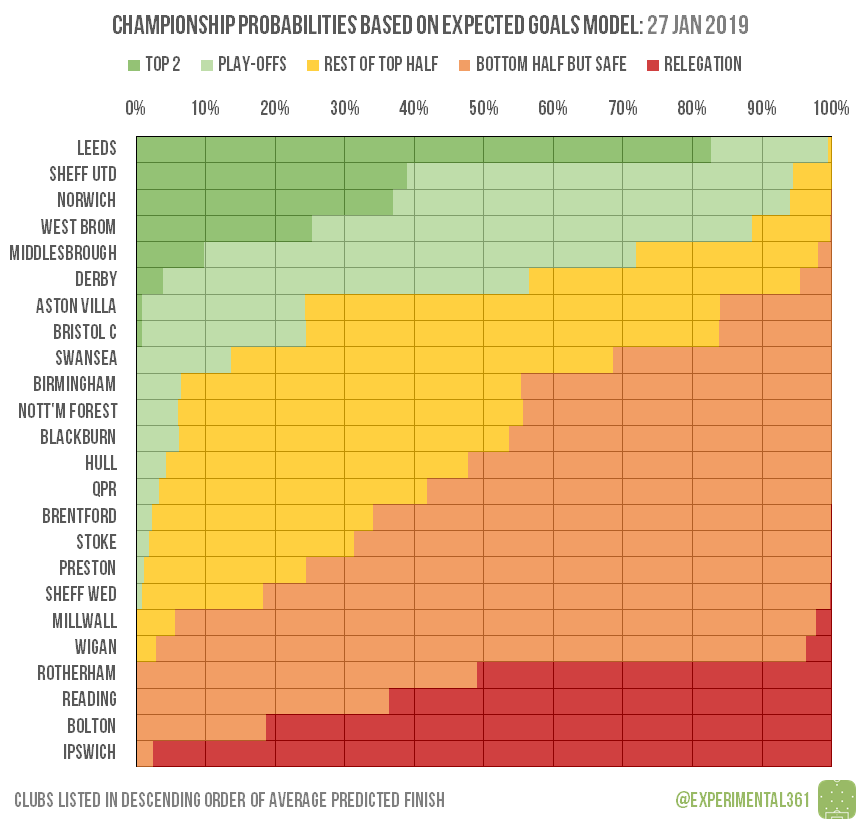 Leeds are the standout favourites to secure automatic promotion, with the chasing pack still vying to join them in a relatively even race for the other top two spot. All of the current top six look likelier than not to remain there, but there’s still plenty of time for the likes of Villa or Bristol City to disrupt things. It’s hard to see anyone other than the current bottom four getting dragged into the relegation battle at the moment, given how much worse their performances have looked than the rest of the field so far.