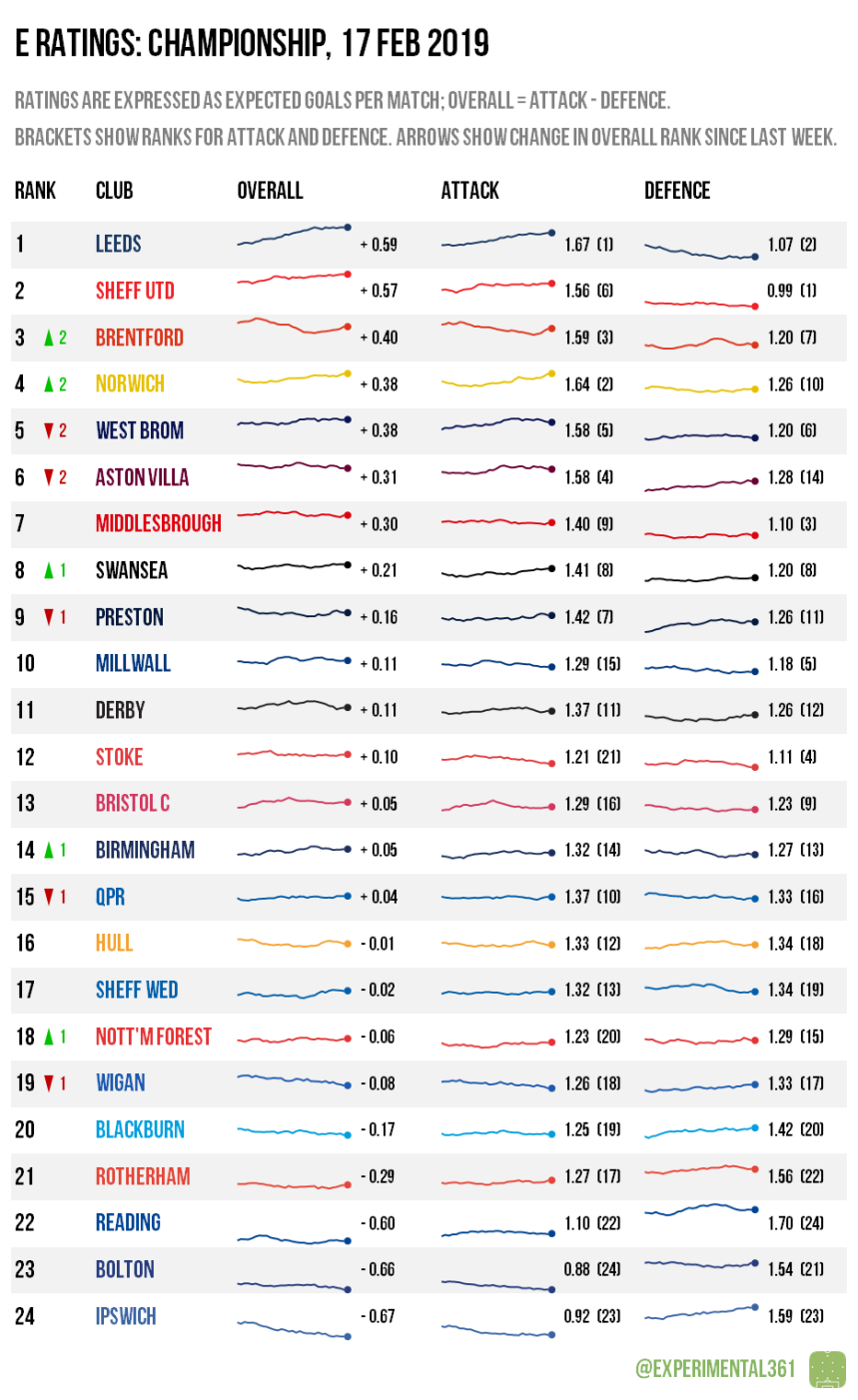 Leeds and Sheffield United remain the top two sides in the division and their ratings don’t look to have plateaued yet. A resurgent Brentford are once again troubling the top end of the rankings although their mid-season meltdown has surely cost them a shot at promotion. At the bottom Rotherham‘s recent performances have seen them start to pull away from the bottom three, all of whom unfortunately look to be far worse than the rest of the division. 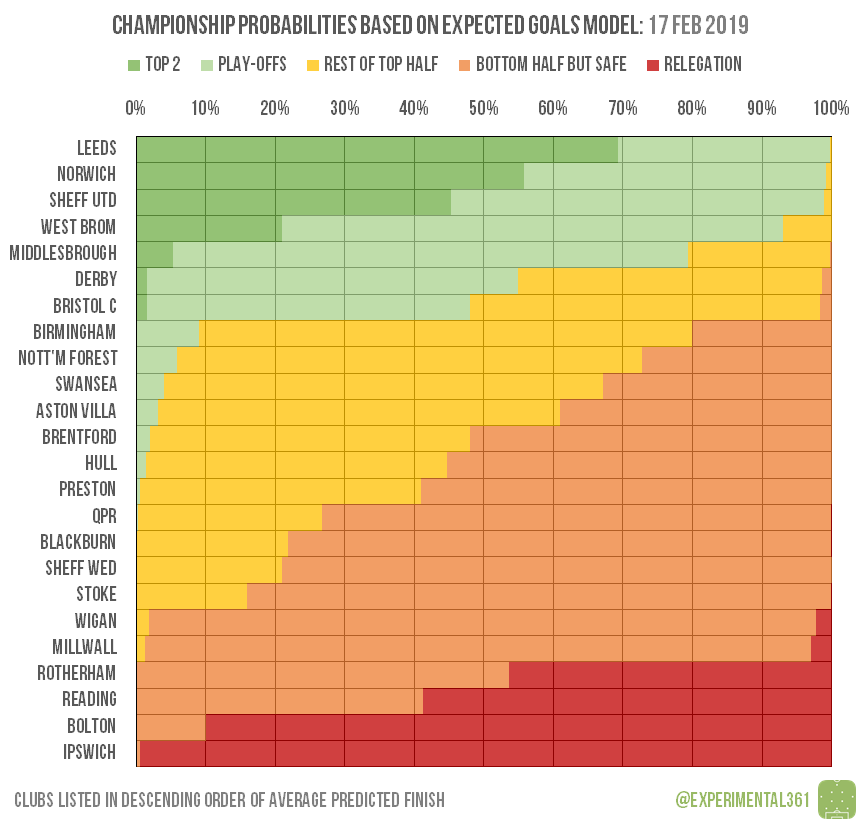 The automatic promotion race is still far from settled, with not much separating the top three and West Brom still not out of the race after their win at Villa. It looks like one of Derby and Bristol City won’t make the play-offs but it’s very difficult to predict which it will be. At the bottom there’s virtually no hope for Ipswich while Bolton also seem to be all but down. Reading and Rotherham are locked in a scrap to avoid joining them in League 1 next season.