Man City and Liverpool have been ahead of the rest this season, with both rated comfortably a goal per game better than their opponents. Despite sitting sixth in the league table, the model still rates Chelsea as the third-best side overall. Crystal Palace look to be underperforming this season as the model has them as the eighth best side, with their defence particularly impressive. Burnley have definitely been improving lately and their attack in particular has looked pretty respectable. 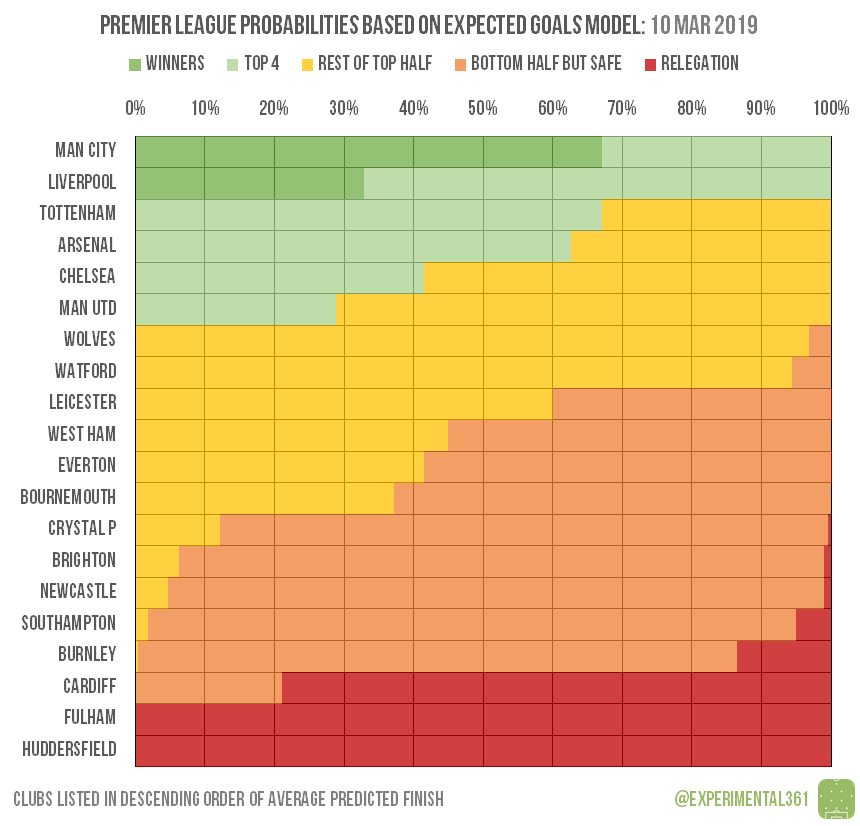 Man City look to have the edge in the title race while the two North London clubs are the likeliest to complete the final top four. At the other end of the table it looks like the current bottom three are likely to stay there, with Fulham and Huddersfield already pretty doomed and Cardiff still in danger despite their win this weekend.

Averaging across all simulations, the title winner looks set to finish with 93 points compared to 90 for the runners-up. 75 points will probably be necessary for fourth place and 37 should be enough to secure survival.