Now that the regular season is over, here’s a final batch of the scatter graphics, which compare the attacking and defensive performances of every team in a division. Each of the four graphics is explained briefly below and at length here. 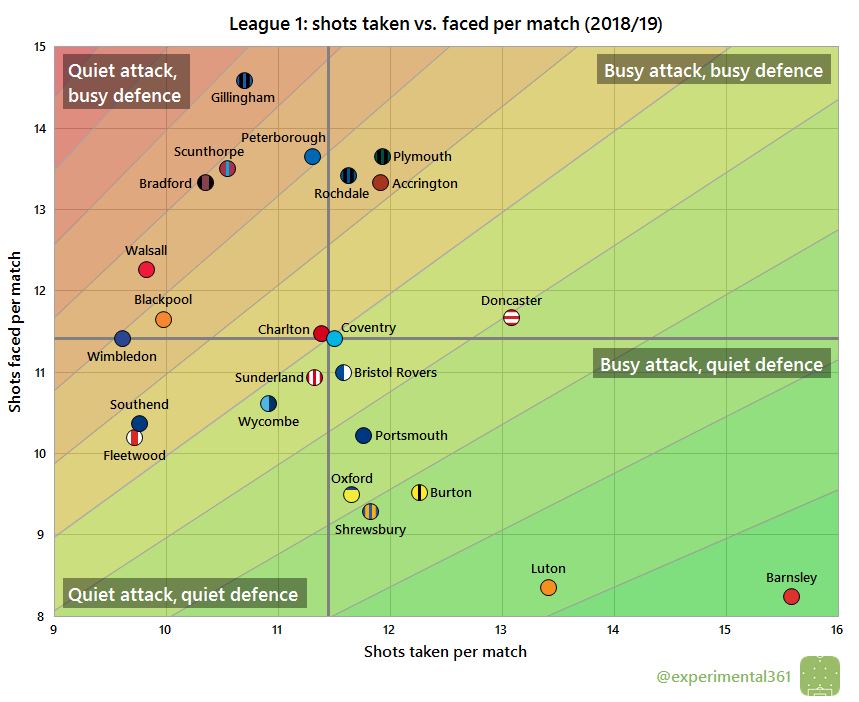 Barnsley were comfortably the most dominant side in raw shot terms, although champions Luton also stood out from the crowd. Interestingly five of the remaining six sides in the ‘dominant’ bottom right quadrant finished outside the play-off places. Peterborough have been an enigma this season, creating a relatively average number of chances and allowing a seemingly unhealthy amount in return, so it’s not surprising that their promotion bid faltered. 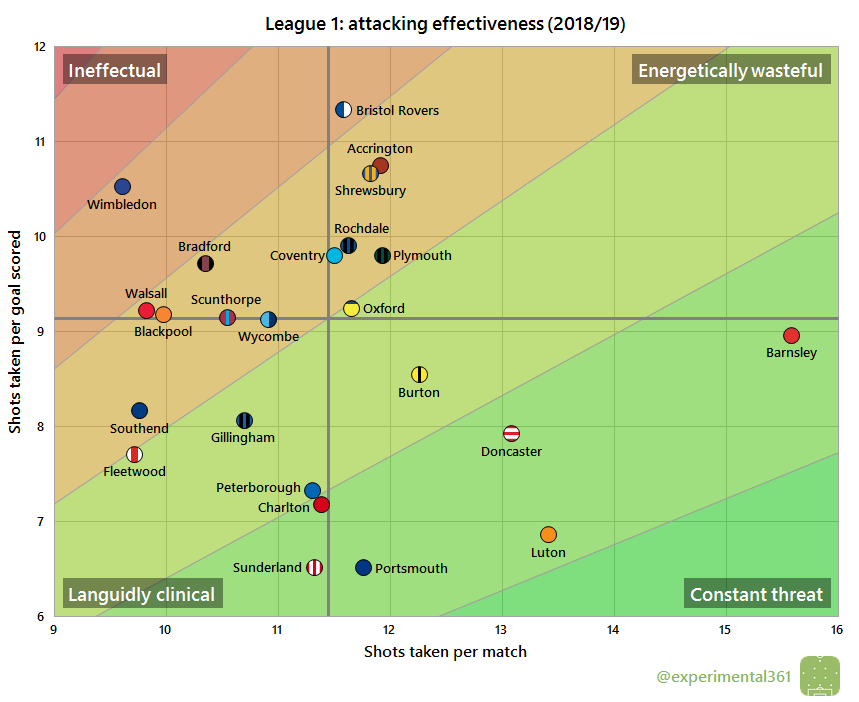 Wimbledon left it late to secure their survival and their attack was their main problem this season, having created the fewest chances and being among the most wasteful finishers. Bristol Rovers had a pretty frustrating time in front of goal themselves, having created more chances than Charlton and Sunderland but needing around four to five more attempts on average to find the net. 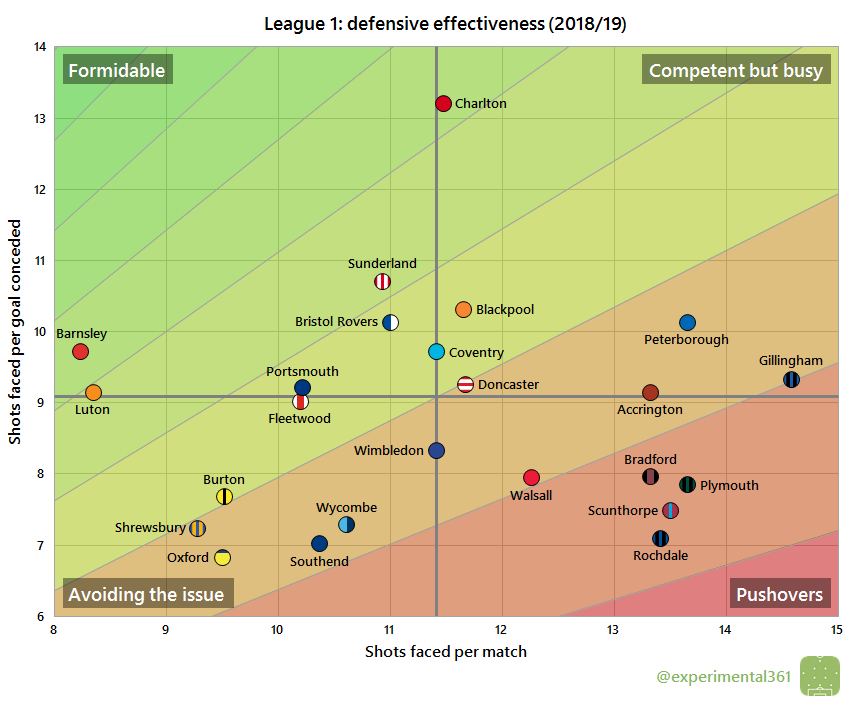 Not only were Charlton among the division’s most ruthless finishers but they also proved the most difficult side to break down at the other end, having soaked up around four more shots for each goal conceded compared to the average team. While the likes of Burton, Oxford and Shrewsbury allowed their opponents relatively few chances this season, it usually didn’t require that many attempts to breach their defences. 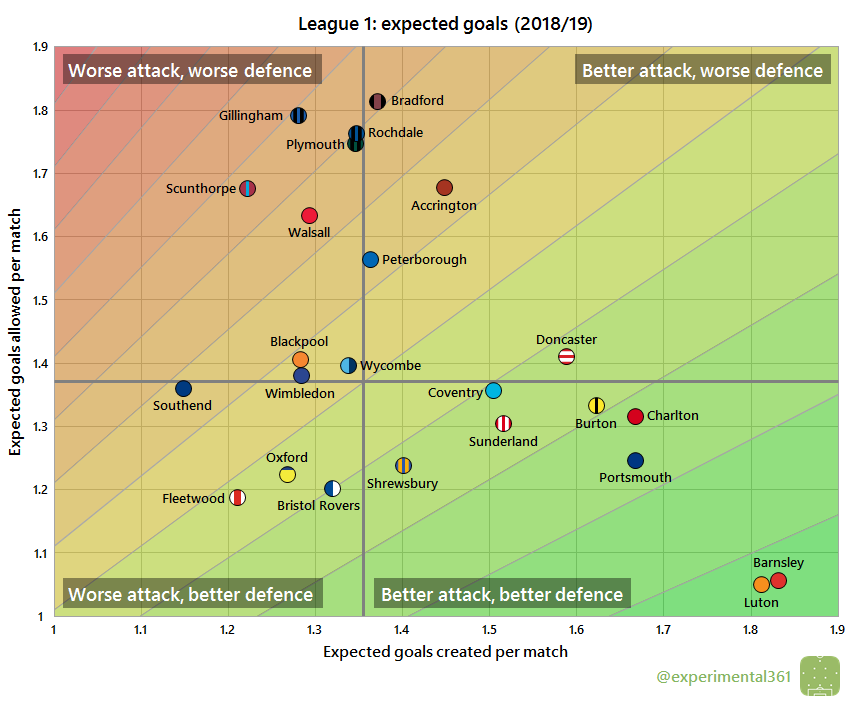 When we adjust for shot quality it looks like the correct teams finished in the automatic promotion places: Luton and Barnsley are almost inseparable in the bottom right corner. Burton can be disappointed not to have made the play-offs and Shrewsbury can legitimately hope for better than 18th next season. Fleetwood look to have been impressively solid at the back but perhaps at the expense of their attacking output.