As is traditional, here’s an end-of-season look at how many days each club spent in each league position. This graphic works as follows:

The idea of this is that you can see the “footprint” that each club left in the table this season. Some stayed up one end, others bounced around a lot more etc. This isn’t supposed to be anything particularly profound, but when I ran it I was surprised to see how much time certain clubs spent quite a long way from their final position and how far most travelled over the course of the season. 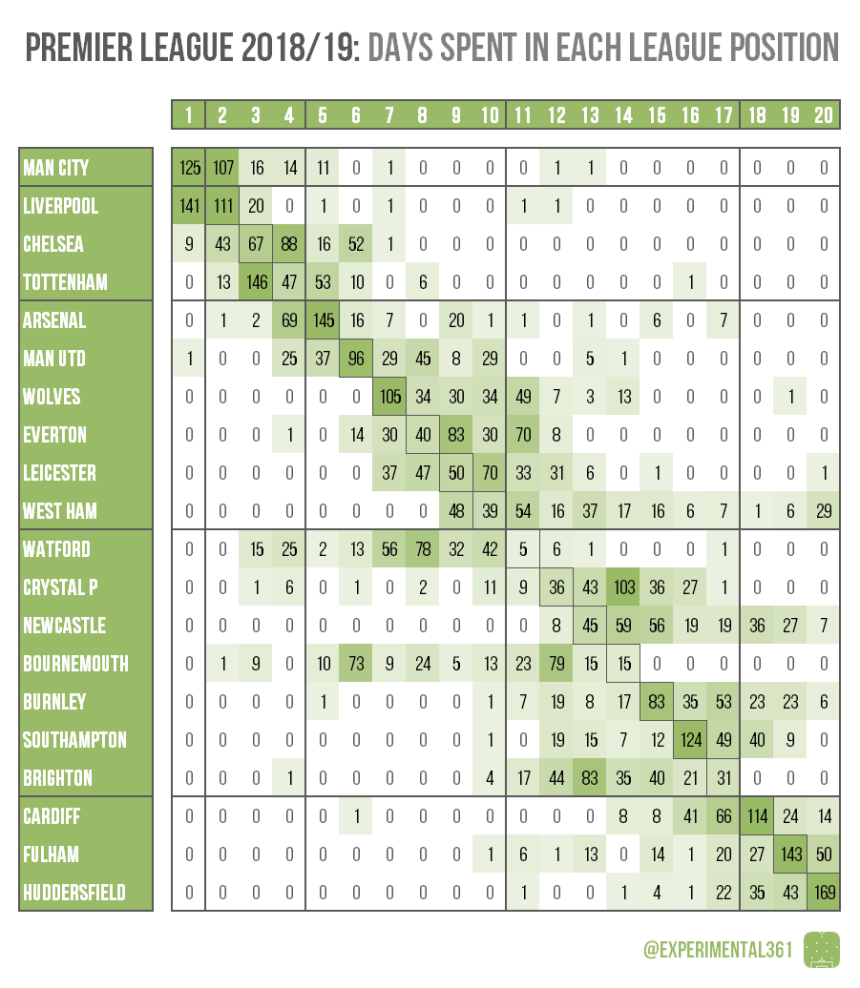 Frustratingly for Liverpool, they actually spent more days at the top of the table than Man City. Despite their mixed season, Chelsea were the only Premier League team not to spend a single day in the bottom half of the table, while only Newcastle and Huddersfield never ventured into the top half. Along with the Terriers, Bournemouth and Brighton both finished the season in the lowest position they occupied, while Wolves – along with Man City – never ventured higher than their finishing position.

After publishing this a few people replied to say that Liverpool often played before Man City, meaning that they were able to rack up days in first place before City had a chance to respond. I had a quick look at this and by my reckoning:

While the difference (21 days) is bigger than the 141 vs 125 gap in the graphic, it obviously depends on who had the best record at each point. I went back and set each club’s match date to the earliest that either of them played that fixture (e.g. Man City played their 2nd game of the season before Liverpool did, so I moved the date of Liverpool’s 2nd game back to match Man City’s) … and it swings it into Man City’s favour: 148 days to 118.