Now that we’re at the end of the season, I thought that it was about time I updated the long-term trend graphics to see how each club fared throughout their last two-and-a-bit seasons. These are explained in full here and briefly below.

Arsenal‘s underlying performances don’t appear to be all that convincing – the amount of blue on their chart this season is a bit worrying and suggests that they might struggle to repeat their successes of this season unless something changes. Man Utd are another team to be concerned about, as the extent of their mid-season upturn in fortunes exceeded their underlying performances and they’ve subsequently slumped. Something seems to have clicked for both Everton and Newcastle during the run-in, so it’ll be interesting to see if they can both carry that beyond the summer. Leicester look to have been steadily improving since the turn of the year, so they’re another team to watch next season, while Watford – whose improvements under Javi Gracia have been much-heralded – appear to be slipping. Given the Hornets’ ageing squad, they may need a fair bit of surgery over the summer to build on their success. The early success of Ralph Hasenhuttl’s reign at Southampton has been to finally get rid of the red that’s been a depressing feature of the Saints’ charts in recent years – they’ve seldom looked like a bad team, but they’ve consistently struggled to convert their performances into proportionate results under previous managers. 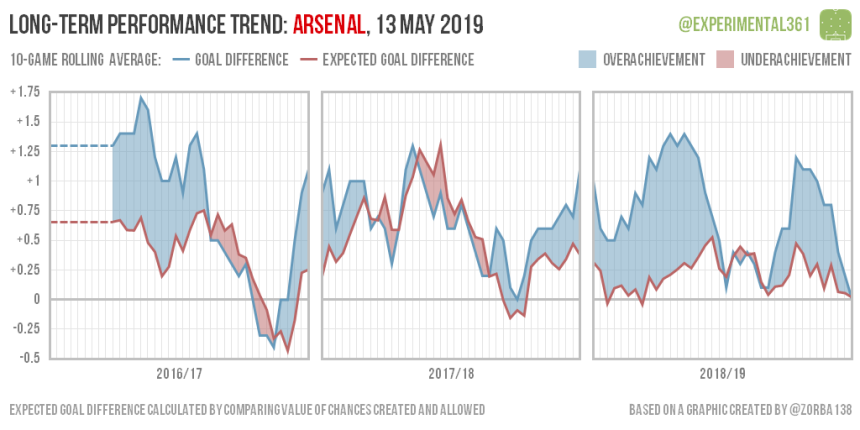 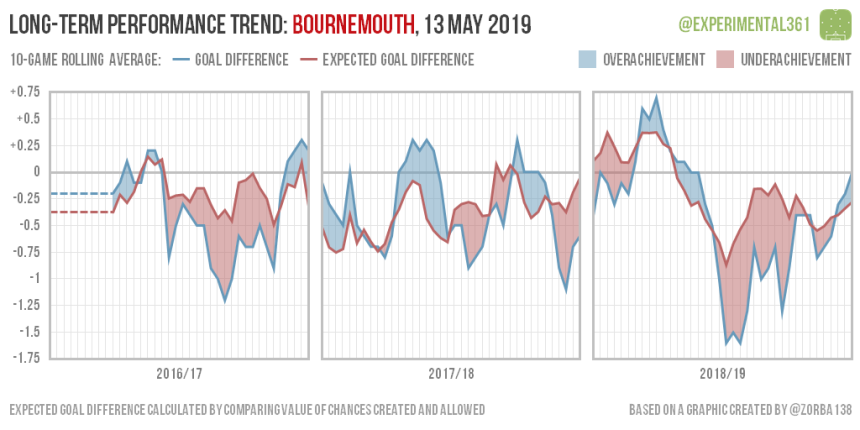 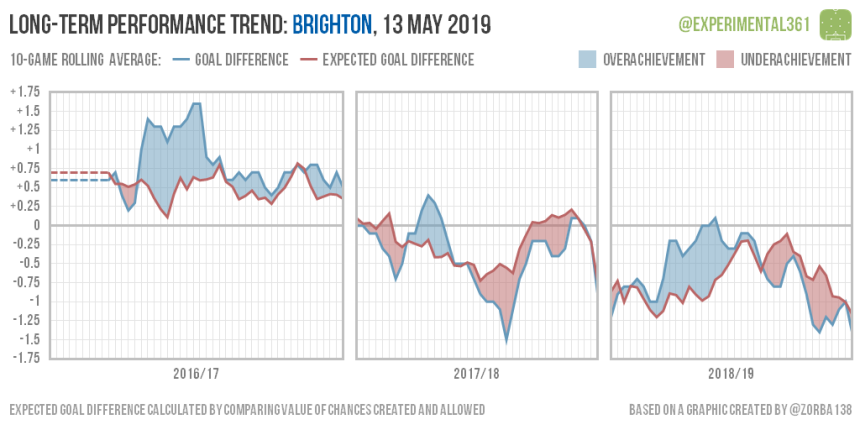 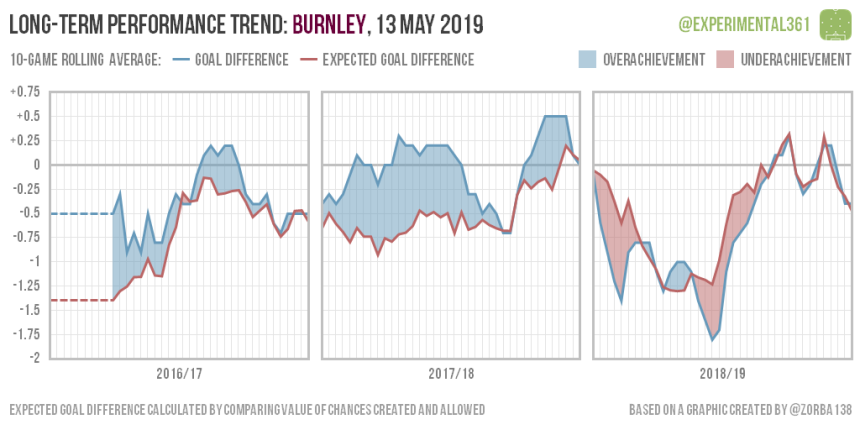 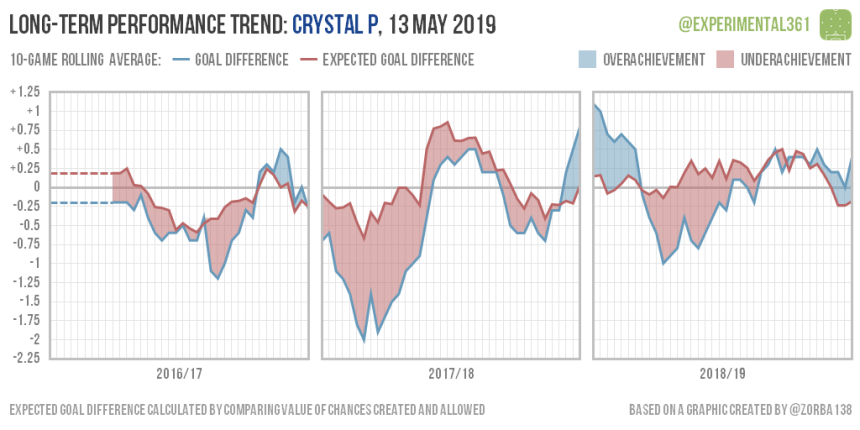 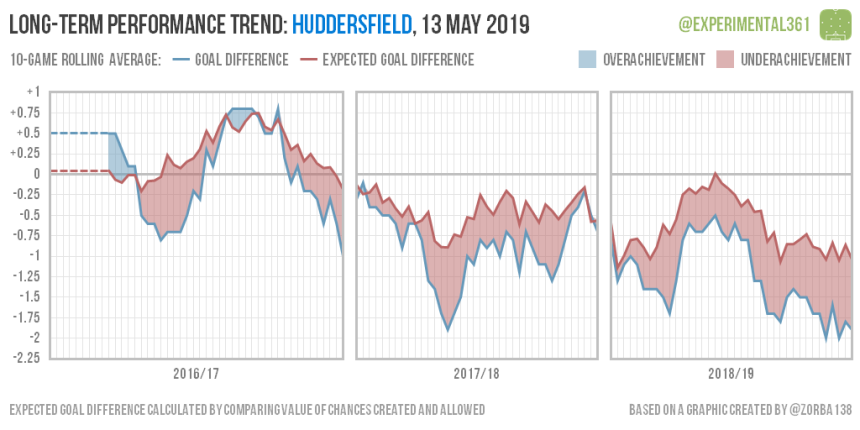 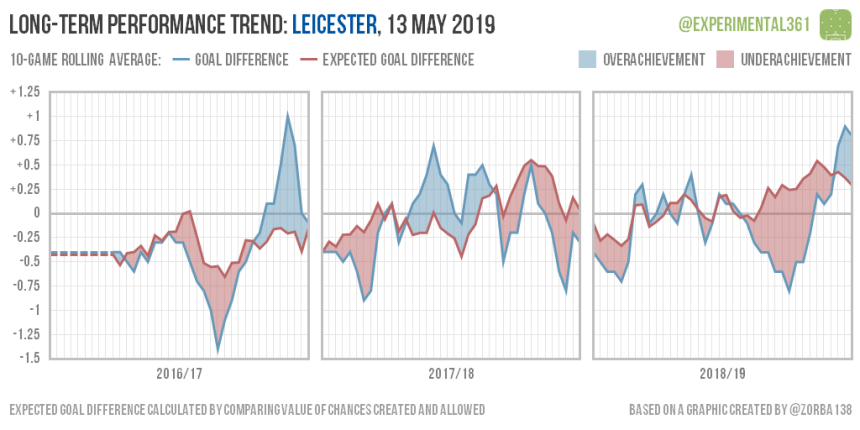 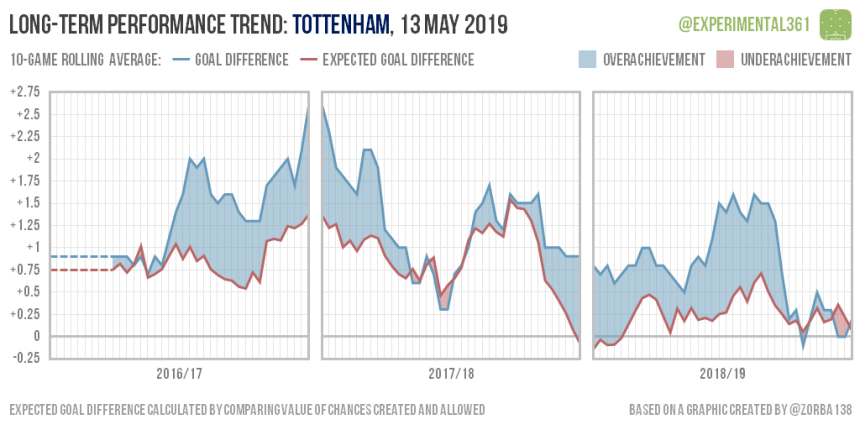 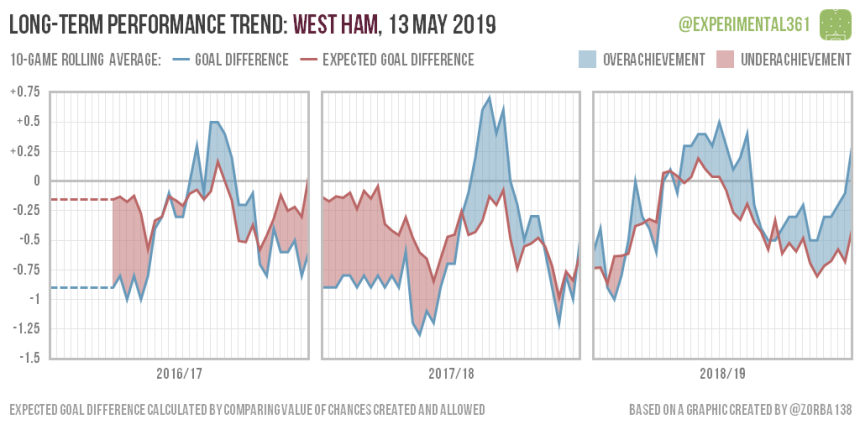