I’ve created specific World Cup probability graphics (explained here) for England v Scotland today, as it’s probably one of the most pivotal games in the first round of group matches. Basically I ran the model with a 2-1 England win baked in, then again with a 2-1 Scotland win, and created the team-specific graphics to see how they differed.

Starting with the most likely outcome – an England win – here’s what each team’s prospects look like according to the model. As England have a much higher rating, there’s not a hugely transformative effect on their likely fortunes, although it would increase their chances of topping the group by 10 percentage points or so (you can see the pre-tournament originals via the link at the top of this post) and make it almost certain that they’re reach the knockout stages. 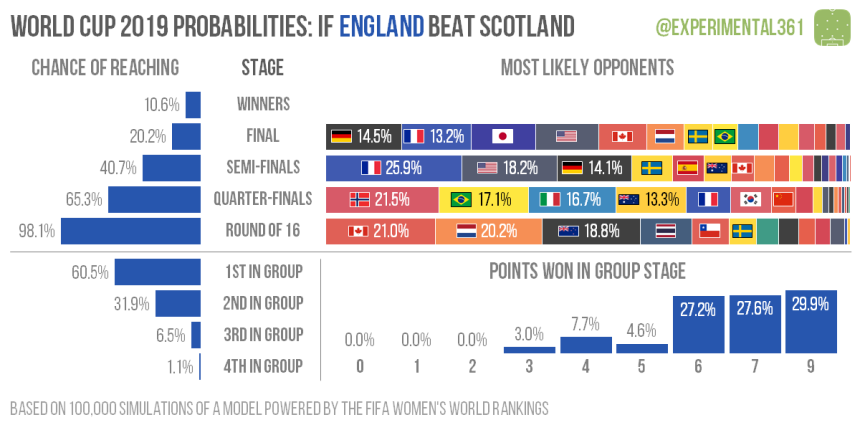 For Scotland, defeat would put their chances of progression at a shade over 50:50 – just shy of a 10 percentage point dent in pre-tournament expectations. It would make Germany their likeliest Round of 16 adversary should they make it that far, as they’d most probably be one of the best-performing third placed teams if they did so. 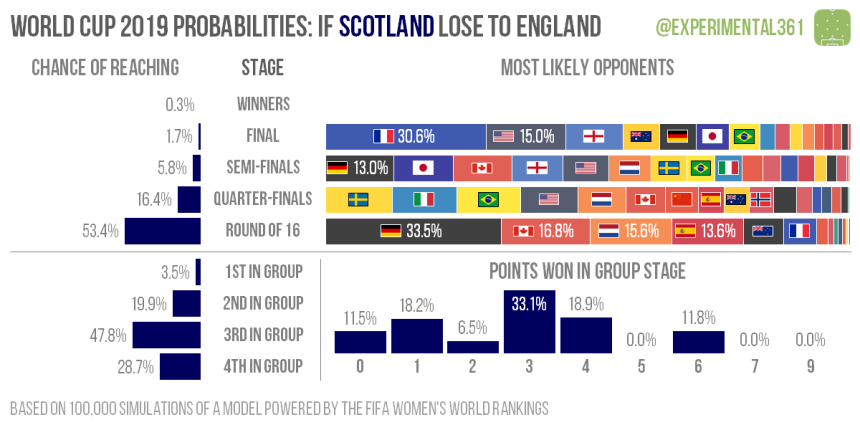 If the Scots are able to upset the odds then England’s prospects take a noticeable dent, as Japan – rated 7th in the world – are also in the group. England would still be likely qualifiers with around a three in four chance of making the Round of 16, but their draw would be tougher and their chances of making the quarter-finals drops from a pre-tournament 61% to around 46%. 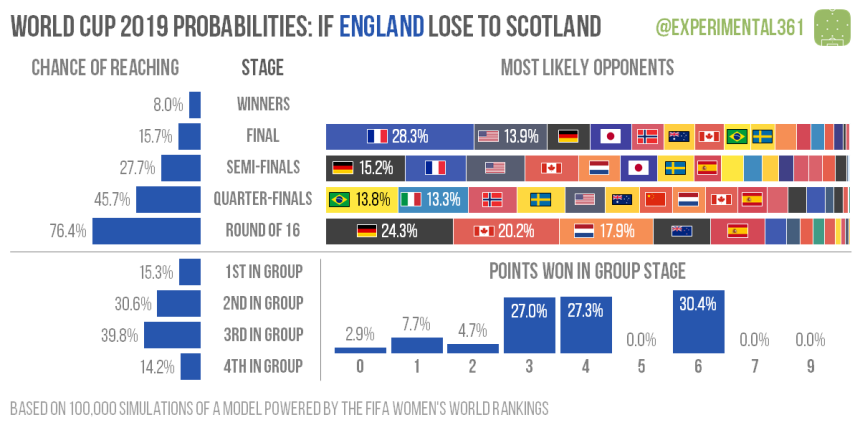 Victory for Scotland would hugely improve their chances of going deep in the tournament, with the current assessment of a 62% chance of reaching the knockout stages leaping to 91%. Their chances of making the quarter-finals and semi-finals would more than double, although their FIFA ranking means that it’d still be a surprise to see them in the last eight. 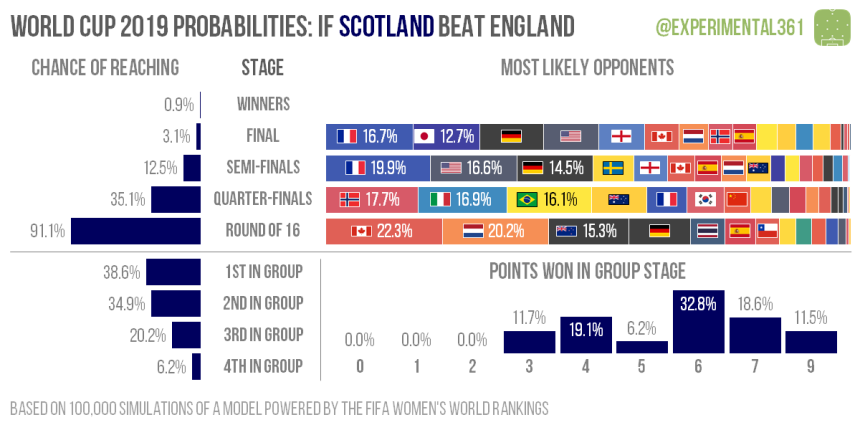