These alternative league tables are calculated using expected goals (as seen in my match timelines). There’s a full explanation in the first post here.

In expected goals terms we have the beginnings of a breakaway top four, with underachieving Brighton five points off a slightly overachieving Liverpool. Interestingly only one of Everton’s games hasn’t been close enough for a draw to have been a fair result and none have seen them out-created by more than a third of a goal. 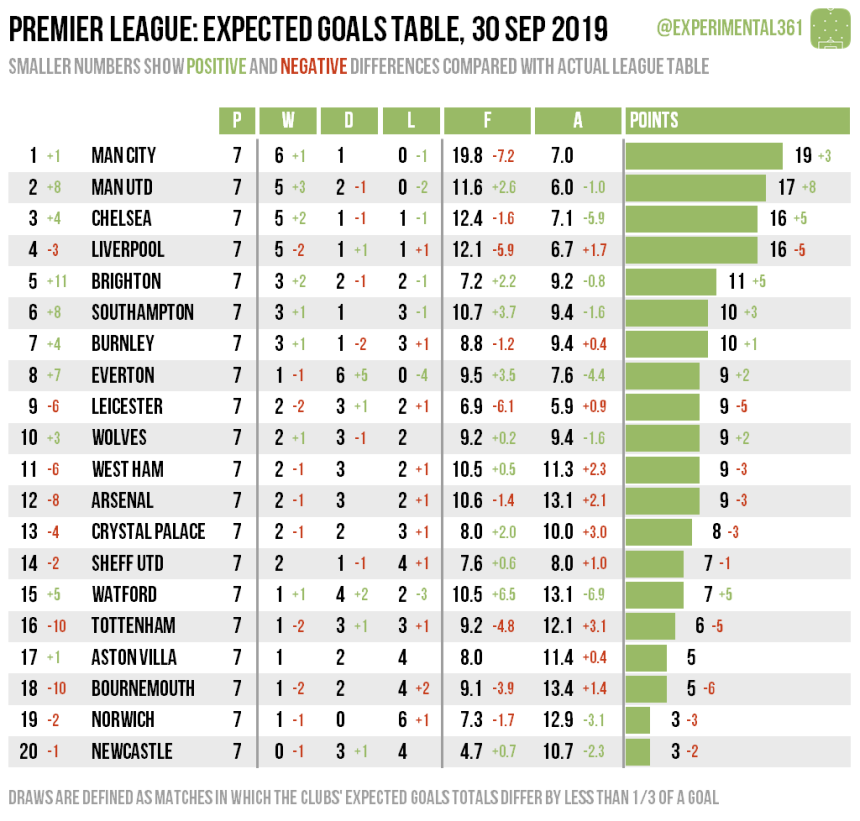 A second defeat for Leeds in a match they should have won leaves them 10 points off the perfect record their performances have merited. Stoke’s awful start to the season appears to owe something to bad luck, as the data suggests that they should have 9 more points on the board. 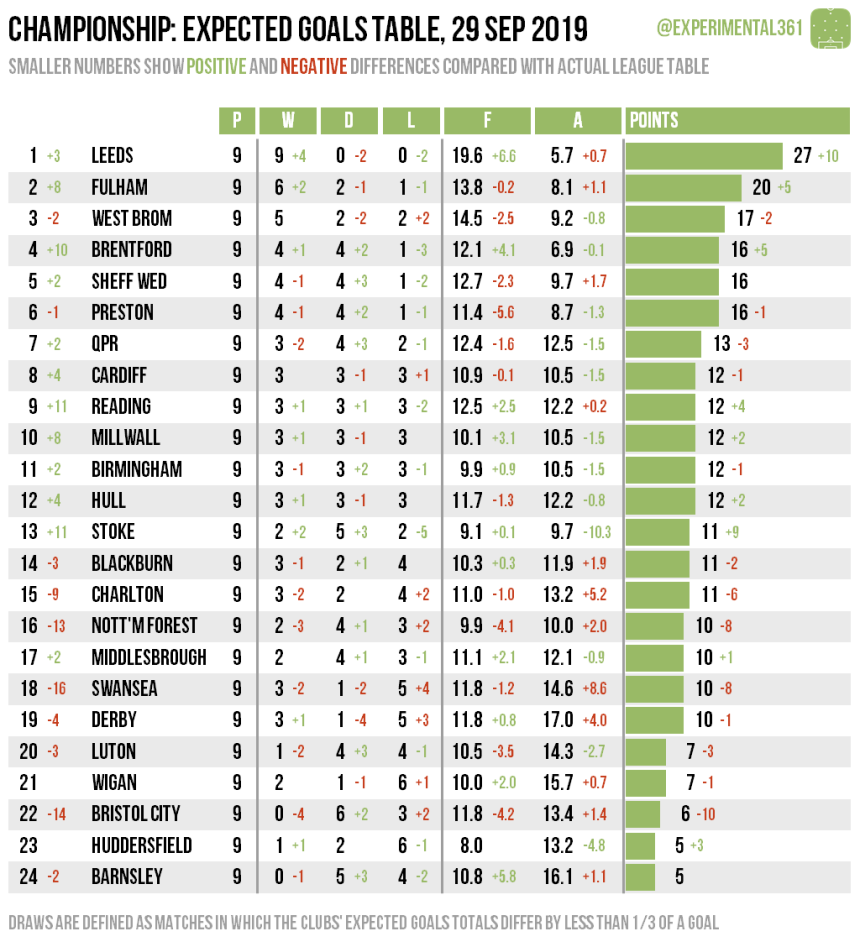 While Ipswich are looking strong this season, having created chances of almost twice the quality that they’ve allowed in return, the data suggests that they should have drawn more matches than they’ve won. This is due to a lot of their expected goals tally coming in games where they’ve dominated heavily, while they’ve edged others which were more finely balanced. 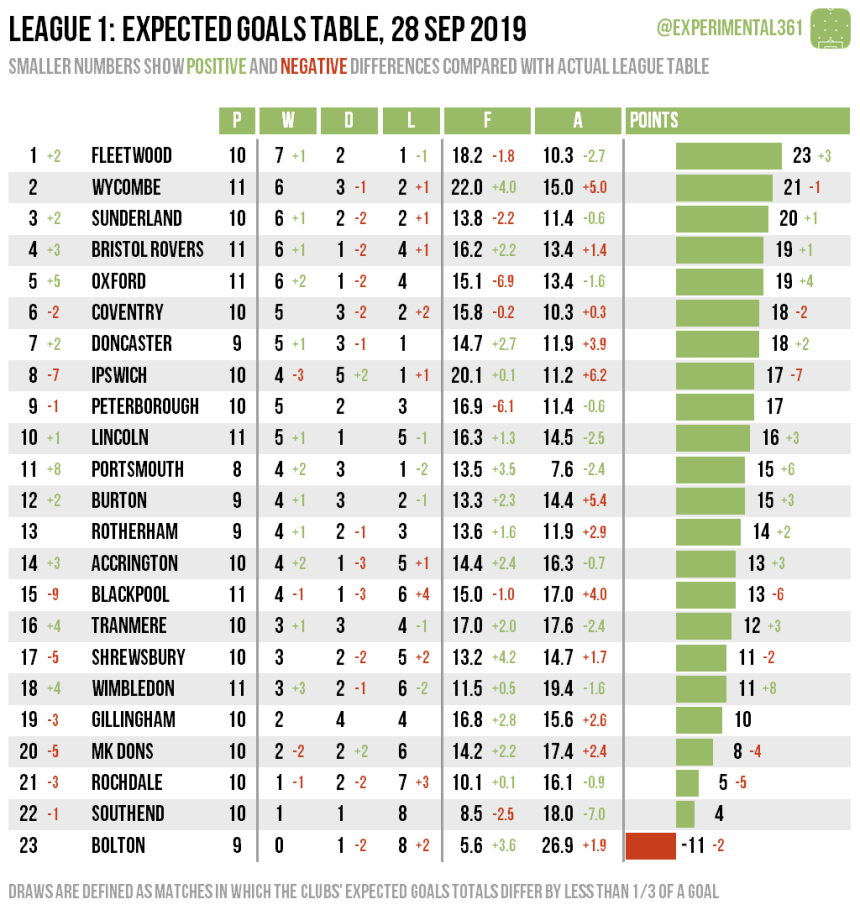 Forest Green’s win over Salford continued their trend of overachievement, with the expected goals data suggesting that they should be at the opposite end of the table. The longer this goes on, the more I’m inclined to suspect that they’re doing something unusual that the numbers aren’t picking up.