These alternative league tables are calculated using expected goals (as seen in my match timelines). There’s a full explanation in the first post here.

The expected goals model continues to court controversy, suggesting that there’s a realistic alternative timeline in which runaway leaders Liverpool are only above Chelsea on goal difference with nine fewer points than they have in reality, while Man City are five points clear at the top. It’s also deeply suspicious of Newcastle’s resurgence under Steve Bruce and only registers one of the Magpies’ five wins as having resulted from a dominant performance. 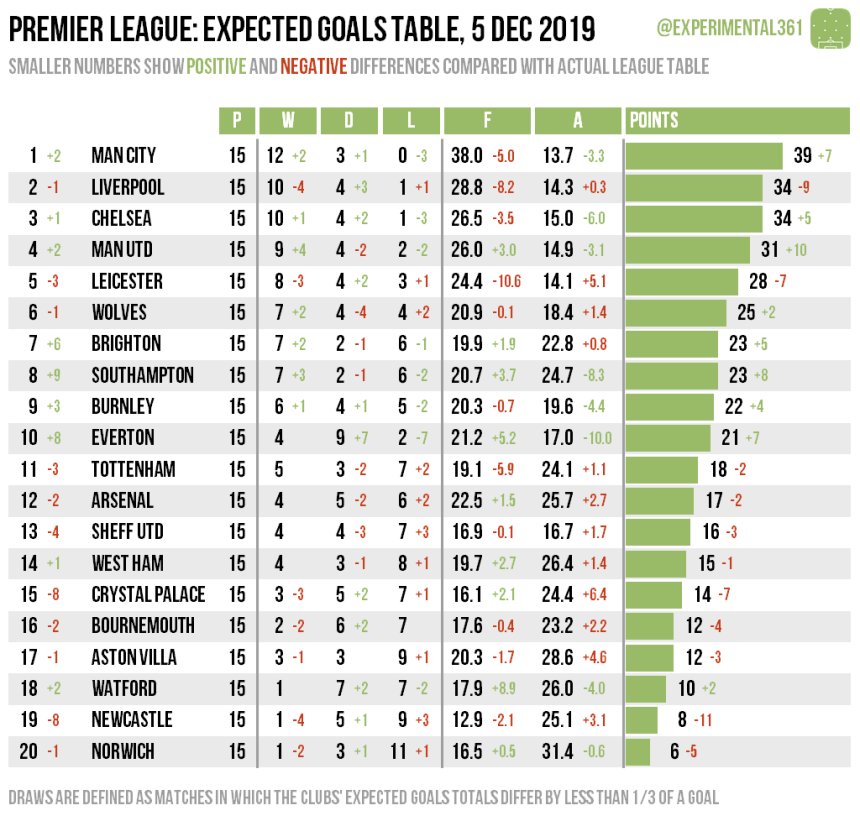