In what will hopefully be the first of many “roughly halfway through the season” posts, here’s an old favourite.

These are intended to give a quick visual overview of the age of players that each club has fielded in league matches using a technique very similar to “population pyramid” graphs, although I’ll freely admit that they’ve come out with shades of the Rorschach test (or as someone observed on Twitter, the Habitat lighting range). 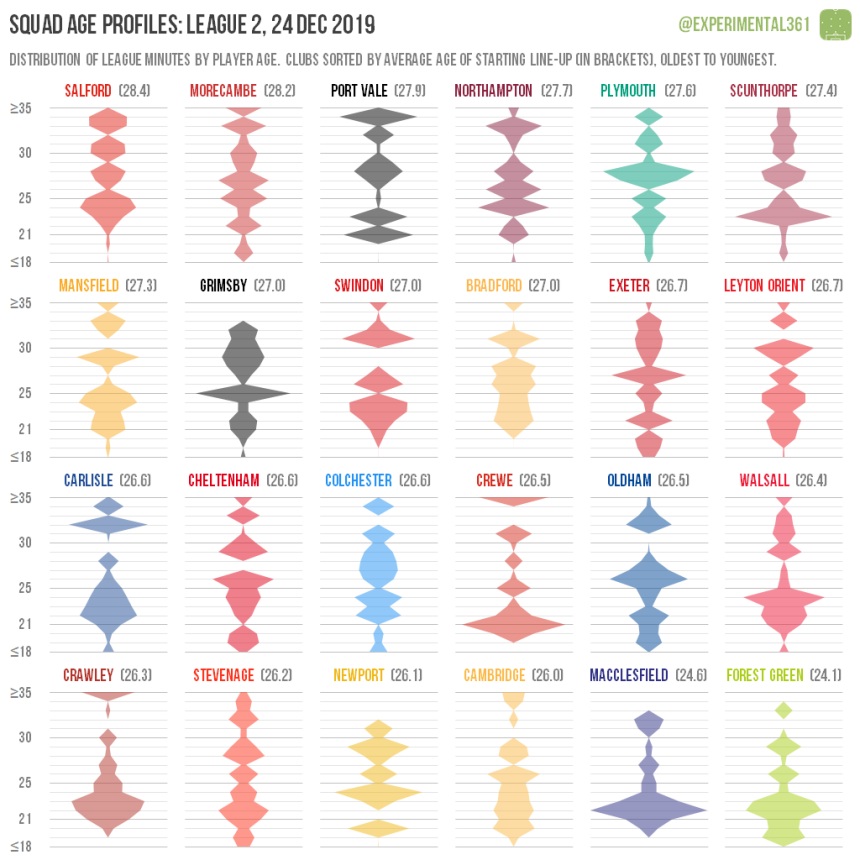 Newly-promoted Salford have put out the oldest starting line-ups so far, with almost 40% of their minutes having been racked up by players in their 30s and under 2% by those aged 21 or under.

At the other end of the scale are Forest Green with an average starting line-up aged a shade over 24 and the only club in the division with less than 10% of minutes going to players in their 30s. Crewe are the only club to have given a higher share of their minutes to players aged 21 or under (with nearly 40%), while half of Macclesfield‘s minutes have gone to players aged under 23.