Leeds‘ sharp downturn in results hasn’t yet been mirrored by their performances so their promotion challenge is far from doomed. Middlesbrough started the season poorly but they look to have turned a corner, while Reading‘s underlying numbers are going in a worrying direction even though their form isn’t showing it. 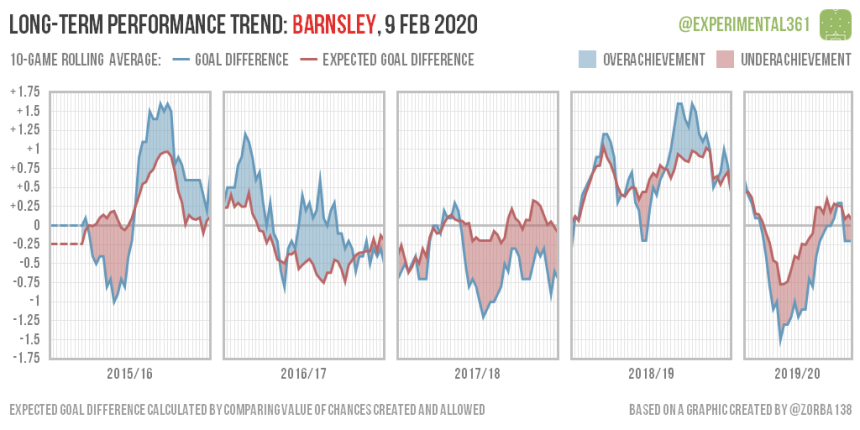 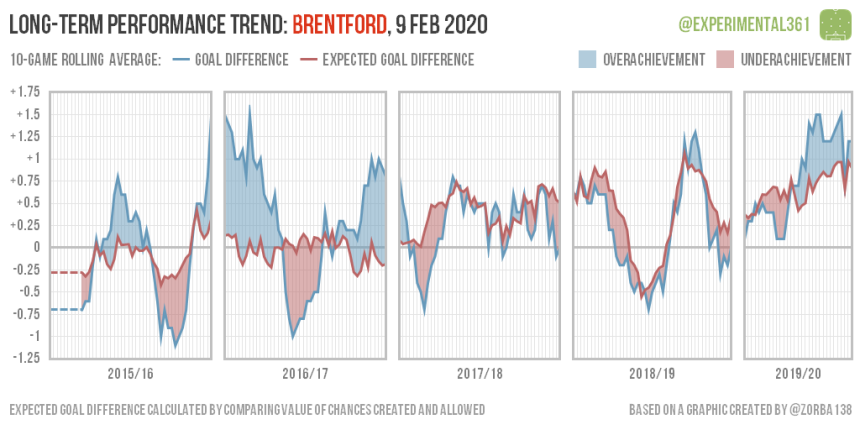 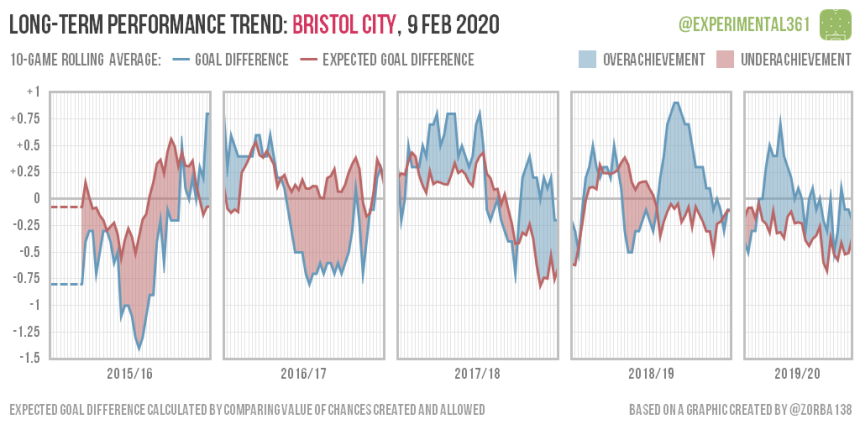 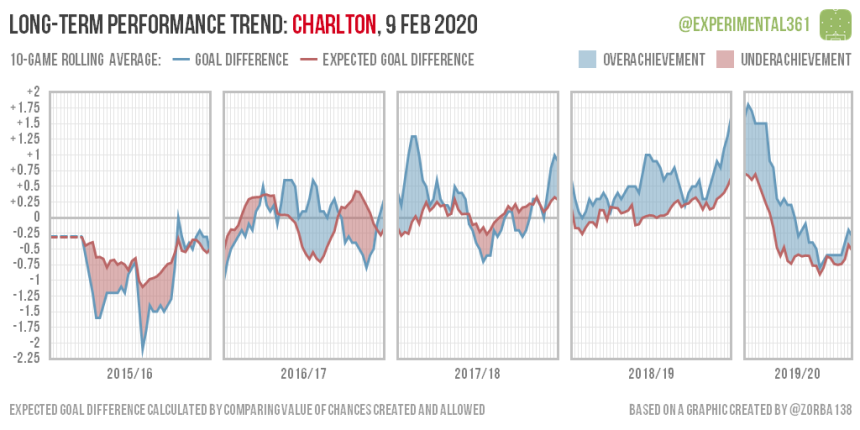 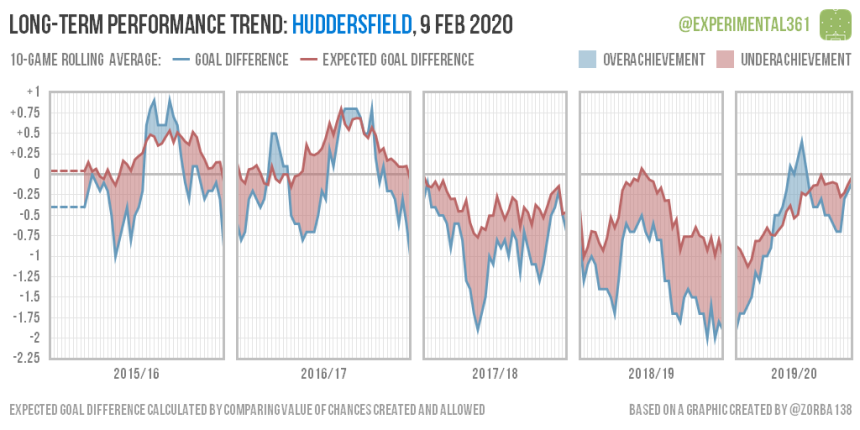 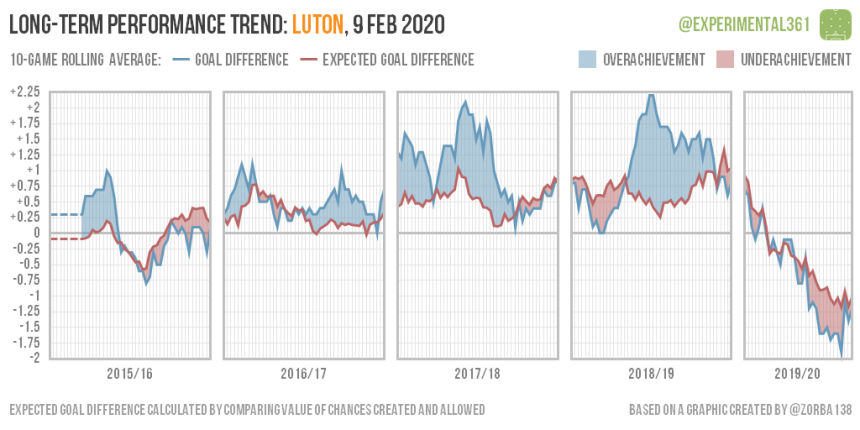 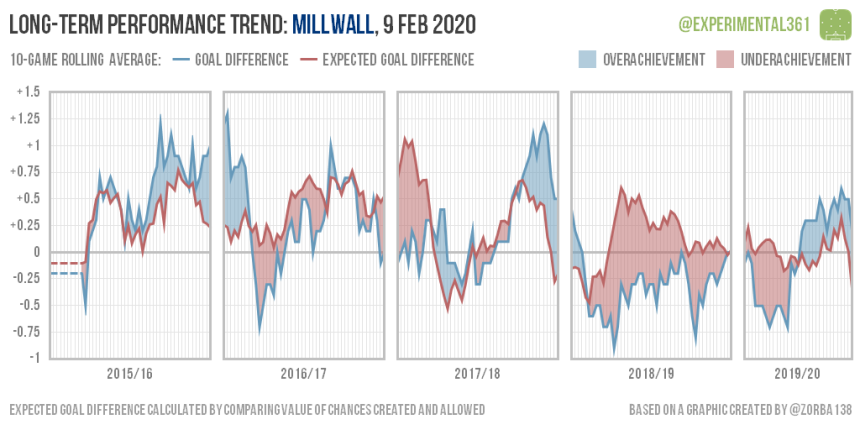 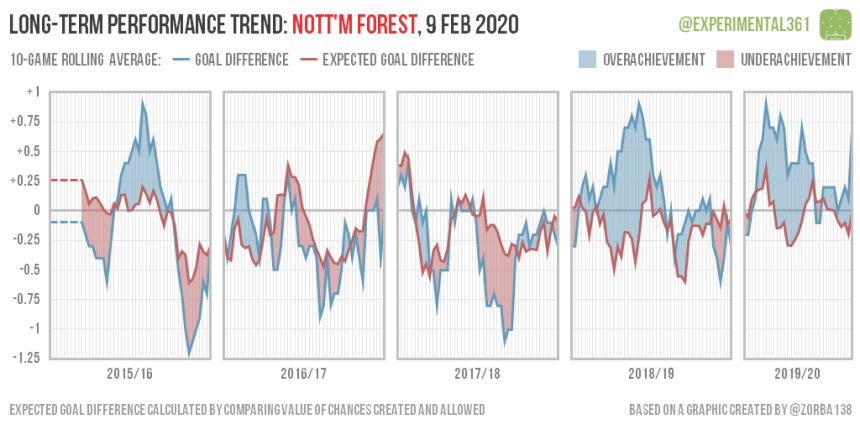 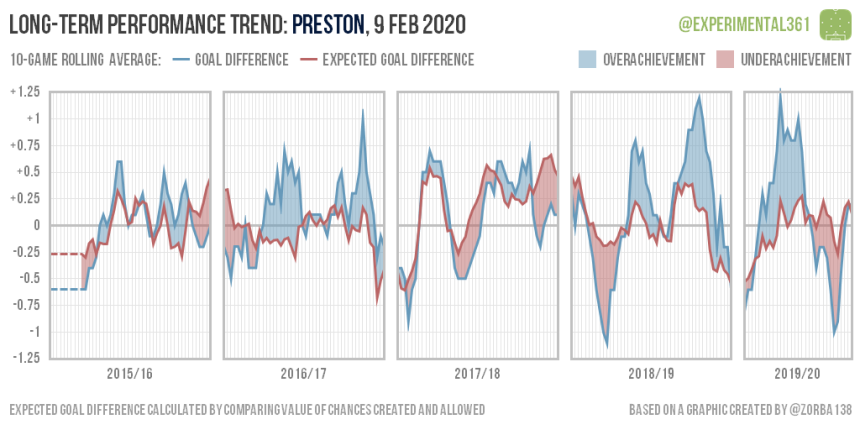 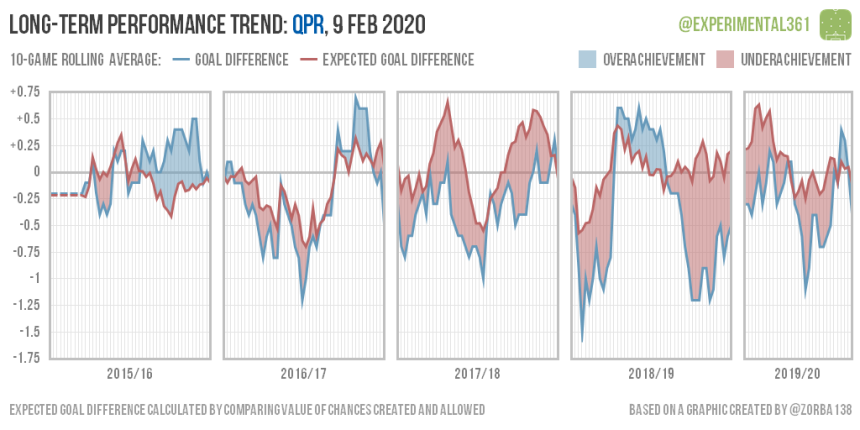 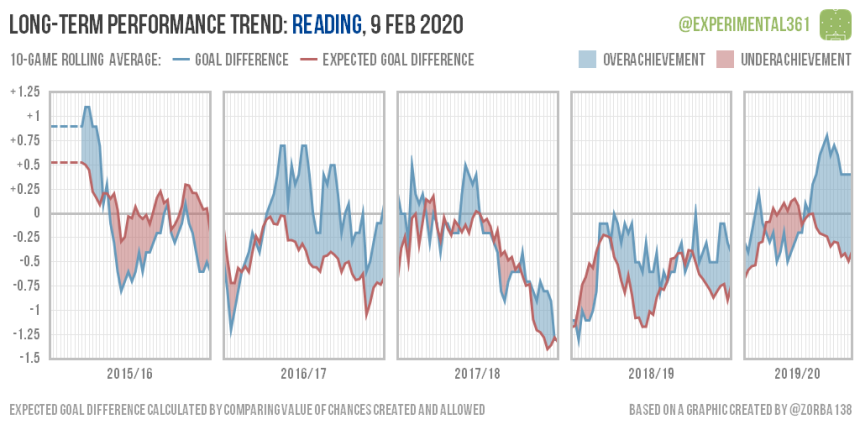