It’s been a while since I’ve created anything new, so given that the weather has trapped me indoors I thought I’d try and get at least one project off my “to do” list.

Someone asked me recently whether it was possible to ‘average out’ all of the individual match timeline graphics for a specific team, in order to see which clubs tend to start quickly, run out of steam etc. I remember looking at this with goal timings over seven years ago (making myself feel pretty old in the process) but I don’t think I’ve done anything with it on the blog ever since.

To cut to the chase, what I’ve created for each division below are two bar charts which bucket the expected goals value of chances created and allowed as follows:

The reason I’ve used percentage of expected goals rather than the raw totals is because of how much a team like Liverpool or Manchester City (who create comfortably more than twice the quality of chances than they allow) would skew the scale and make a lot of bars hard to read.

Burnley and Crystal Palace have each saved a lot of their best attacking moments for the second half, while Newcastle and Norwich have been marginally more of a threat before the break. Bournemouth have barely created anything in the first five minutes of the second half this season, while Leicester look to have gone into the interval under the cosh a fair few times. 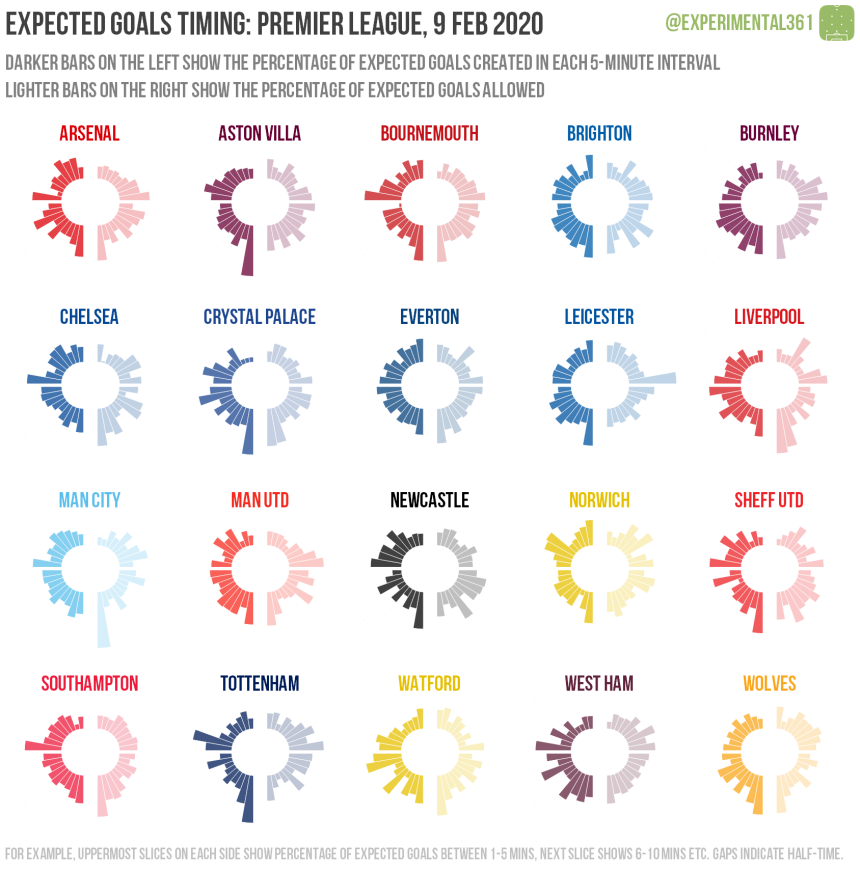 Charlton matches look to have been a lot more interesting after half-time than before it, with the Addicks tending to finish the second half pretty strongly. Bristol City meanwhile are the only club in the division to have fired in better quality chances before the break than after it. QPR tend to keep opponents fairly quiet in the first half but find it harder to contain them as the game wears on.

Over a sixth of Wycombe’s expected goals output has been registered from the 86th minute onwards this season, while Rotherham have allowed a similarly high proportion of their opponents’ chances late on. It looks like Blackpool matches have tended to grind to a half as the second half wears on, only to burst back into life as the final whistle approaches. 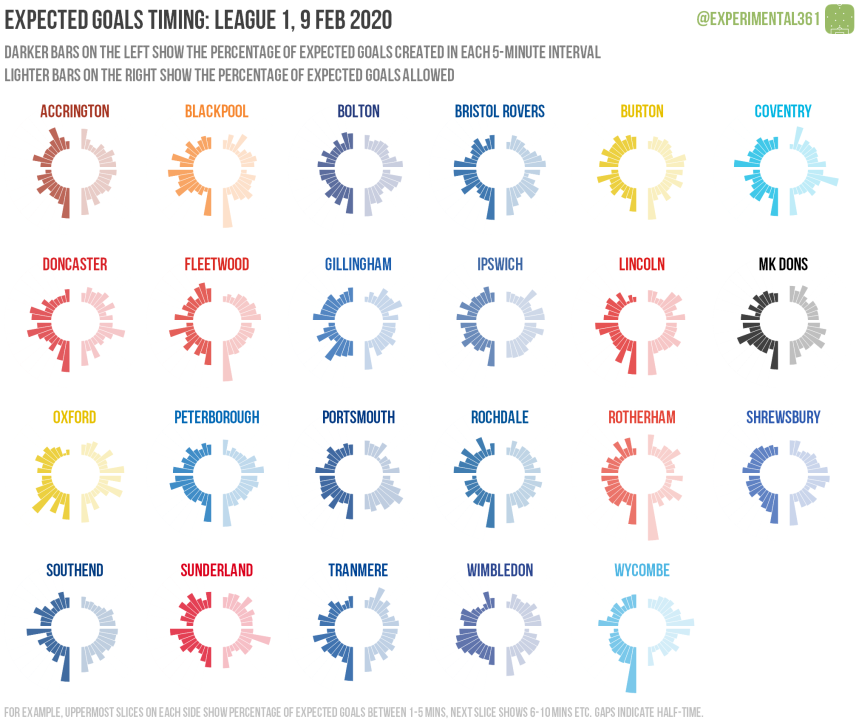 Carlisle are interesting here – no club in the top four divisions has allowed a higher percentage of their opponent’s expected goals in the first half of matches, but they seem to come out swinging after the interval. Aside from a bright opening five minutes, Morecambe have created far better chances in the second half than the first this season, while leaders Swindon start well and keep the momentum going, creating a higher share of their expected goals in the first half than anyone else in either the Premier League or EFL.