You’ll notice that there isn’t a blue line for seasons where a club were in the National League – this is due to the lack of publicly-available shot data for that division. I’ve also got barely any data for Salford as they were in the National League North the season before last and I don’t have any data for that division at all. Bradford‘s performances have dropped off a cliff lately so their promotion bid is in real trouble, while Morecambe‘s upturn has come at the perfect time to pull them clear of the relegation zone. 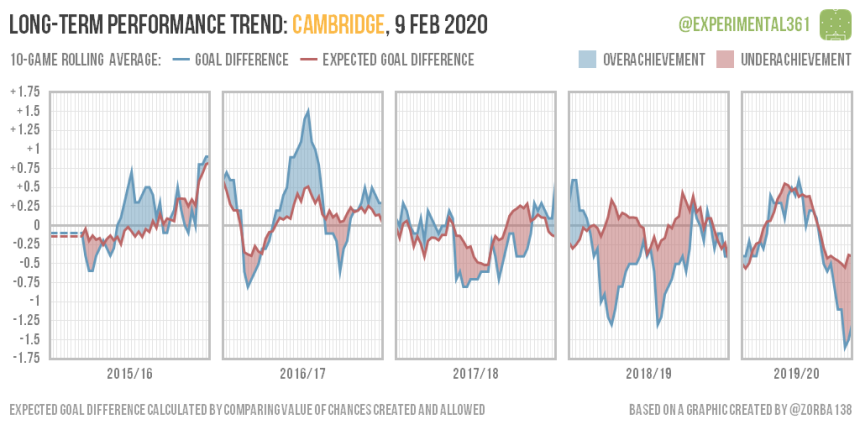 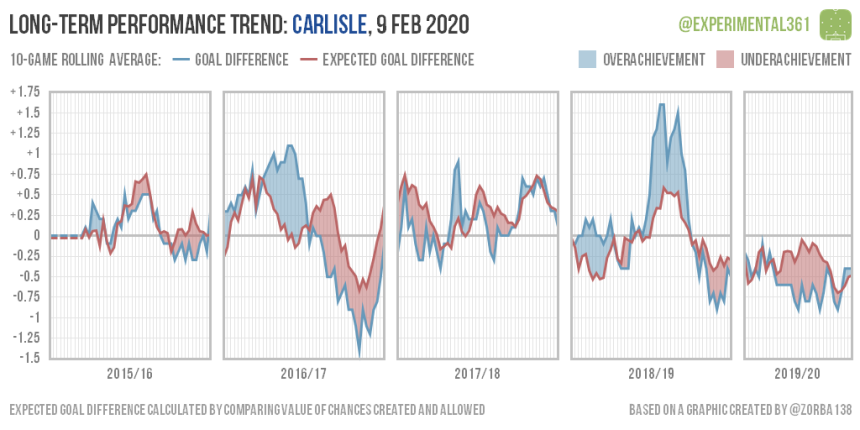 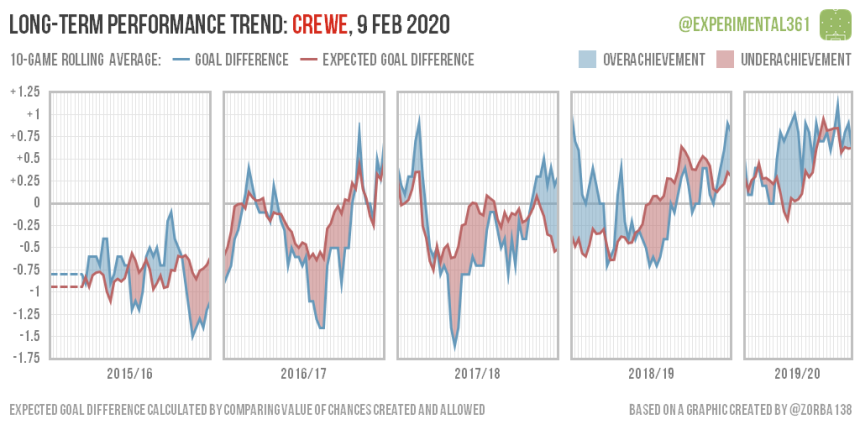 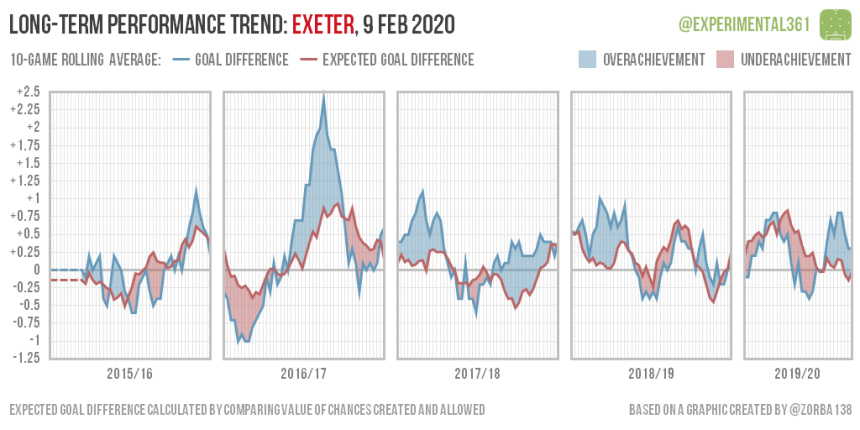 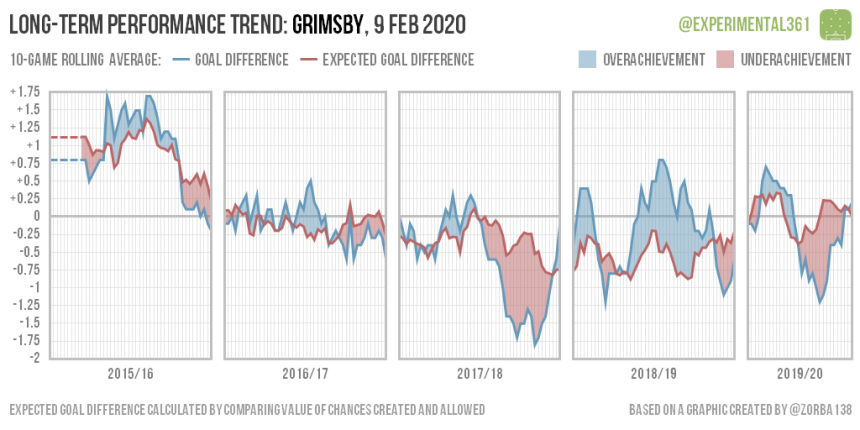 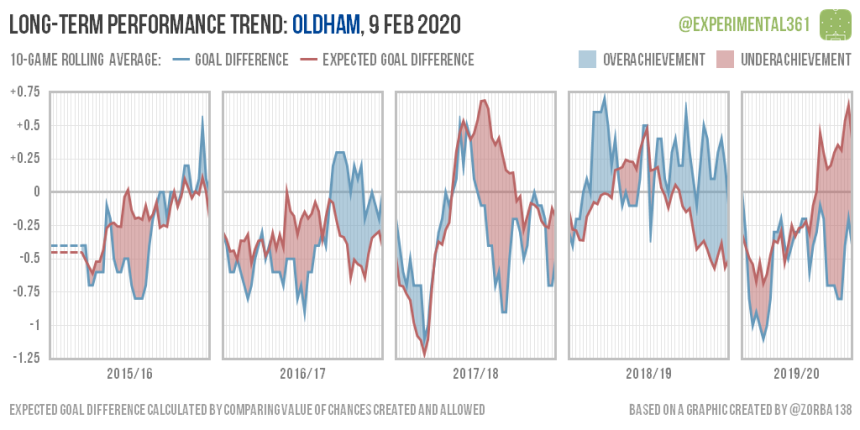 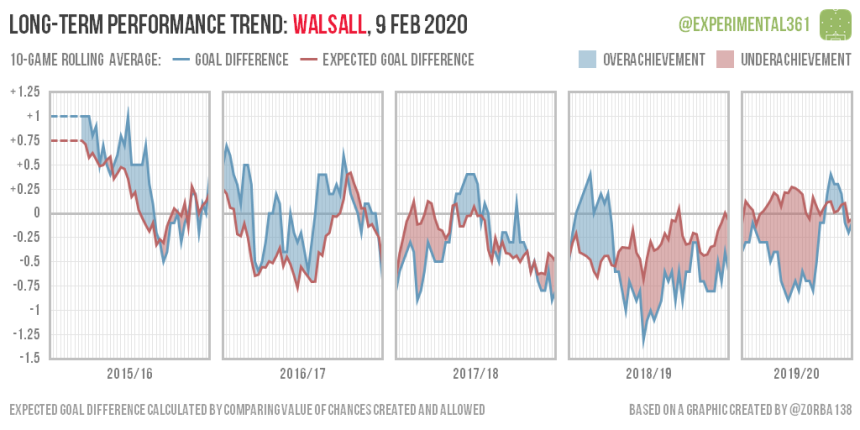