You can see immediately why Arsenal changed their manager – their underlying performances (red line) have spent most of this season in negative territory. Leicester‘s hot streak looks to be over and their underlying numbers have ebbed slightly too. Serial underachievers Southampton are enjoying their best run of form – both actual and in expected goals – in three years. Jose Mourinho hasn’t yet returned Tottenham‘s performances to their late 2018 peak but things have improved since their poor start. 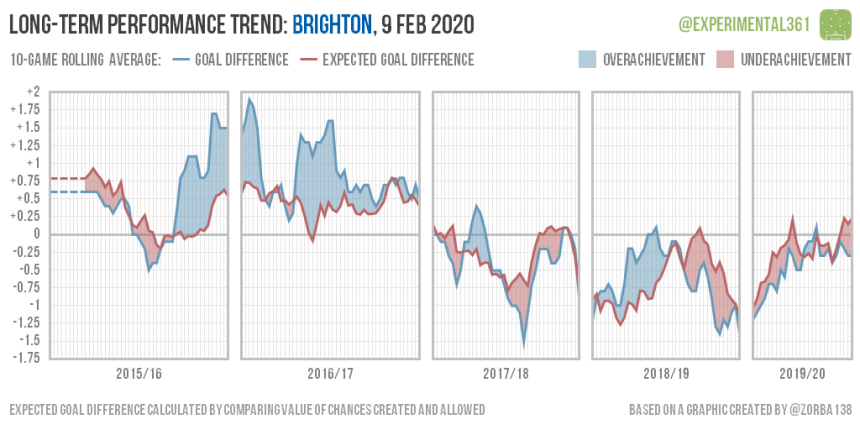 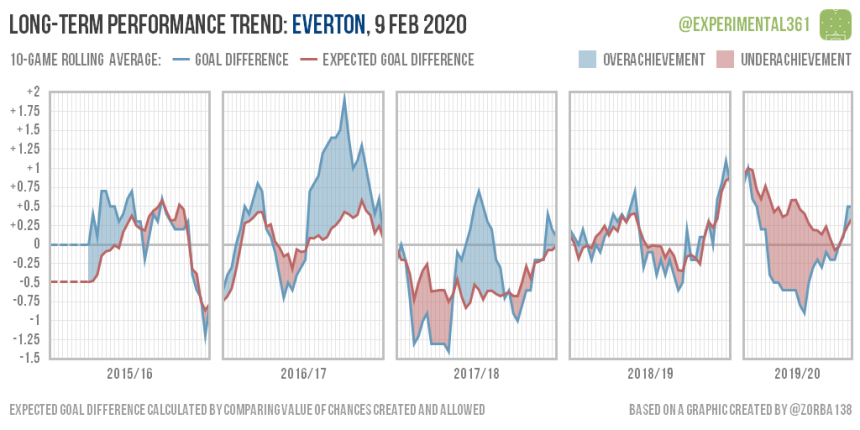 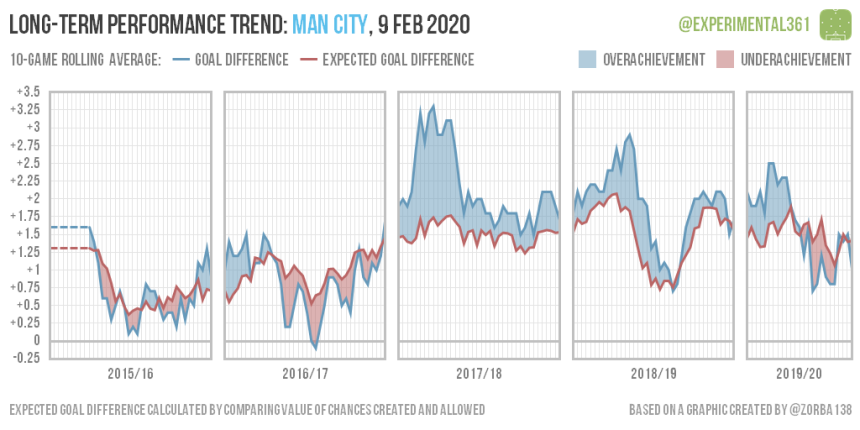 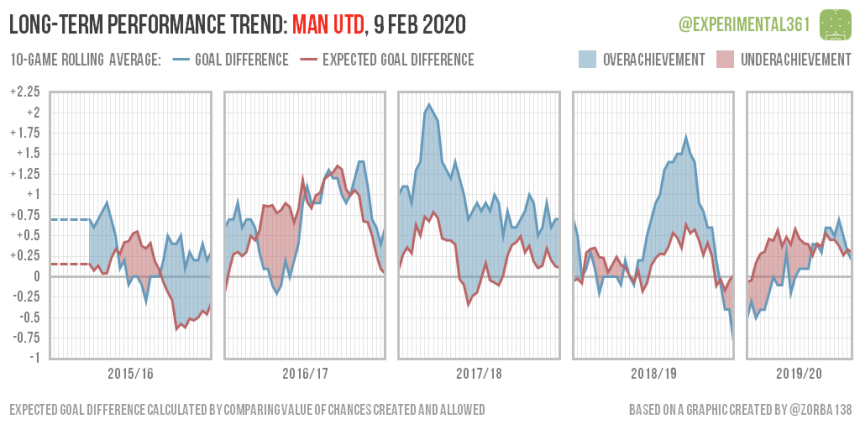 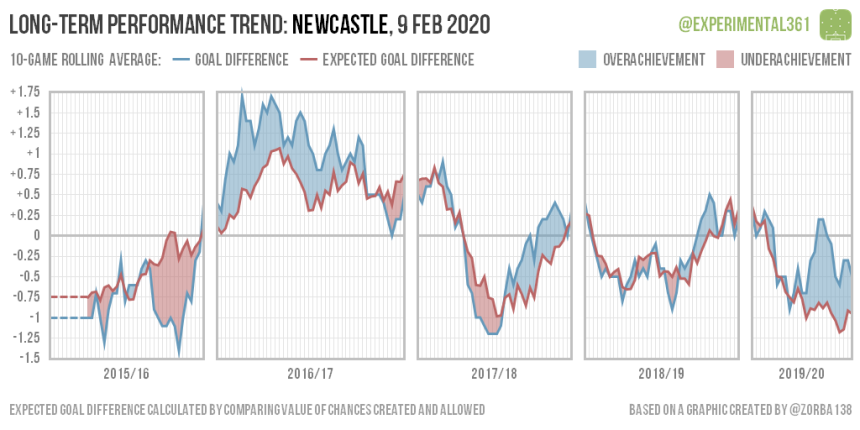 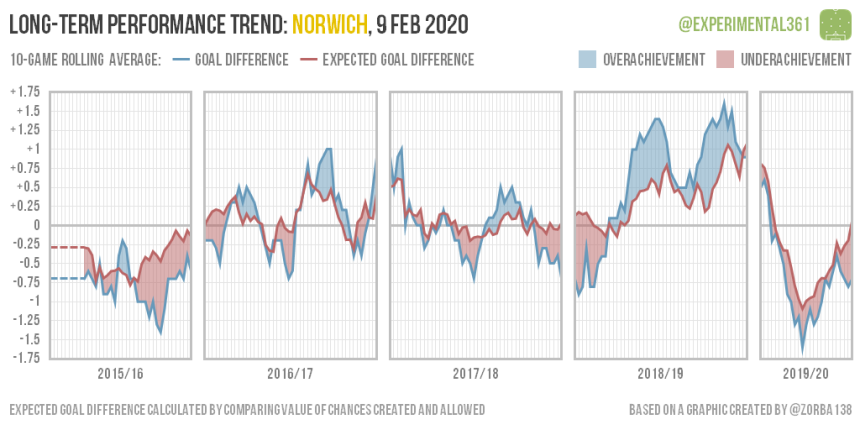 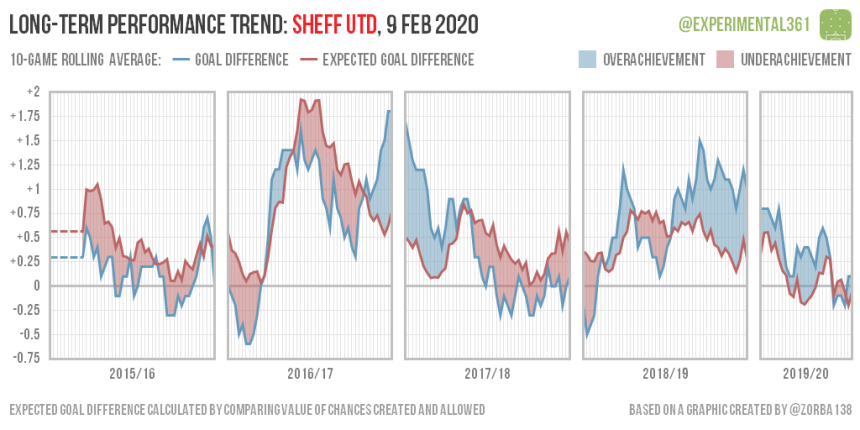 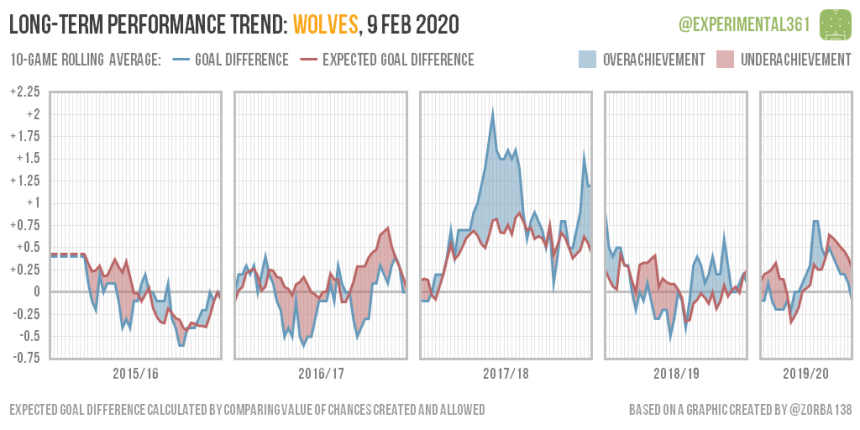