Something that gets discussed a lot is which clubs start and finish games well (and badly), but rather than just break down when clubs score and concede their goals during a match, what I’ve done here is to calculate what each club’s league position would have been if only goals scored up to a certain minute counted, starting with the first minute and going all the way through to the 90th (where we rejoin reality). I’ve then drawn a line for each club to show how their league position would change if you did this.

This creates a lot of data points to visualise, so rather than a static image I’ve used an animated GIF to cycle through each club in turn. This shows every club in descending order of their final league position, on an infinite loop with each frame lasting two seconds. I’ve also gone for a minimalist look to keep load times down.

I appreciate that most people will want to look at their club for longer than two seconds in every 40-48, so below the GIF there’s a full gallery of static images for each club.

First of all, here’s the GIF – clicking it will bring up a version that can be paused and skipped:

Wolves are definitely a team who like to leave it late: if only goals scored up to the 68th minute counted then they’d be in the relegation zone. Burnley are another side who finish matches more strongly than they start: nobody has a worse record with 52 minutes on the clock. The opposite is true for struggling West Ham and Watford, who would be top half teams if all matches had finished after 65 and 56 minutes respectively.

… and here’s the gallery. 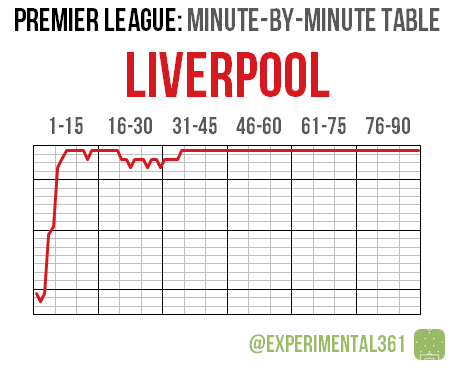 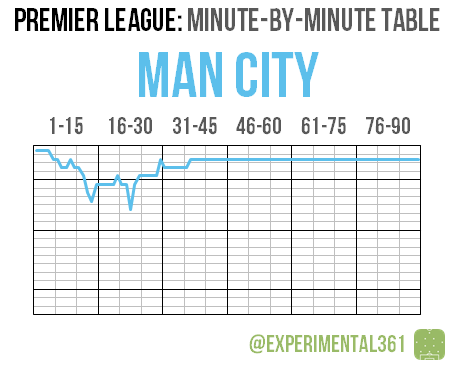 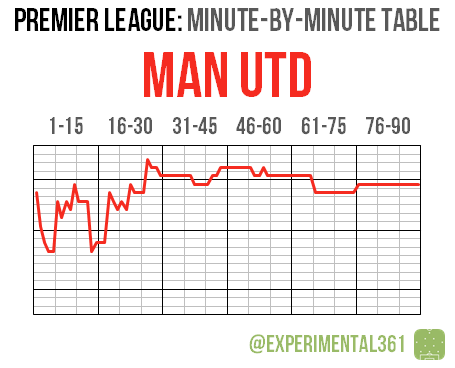 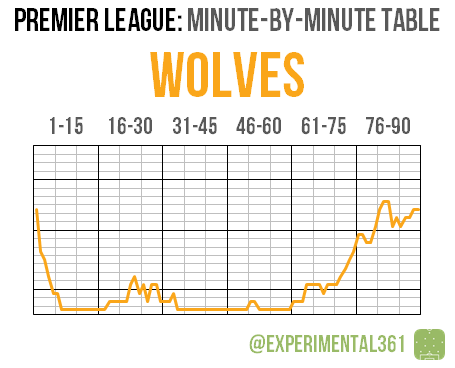 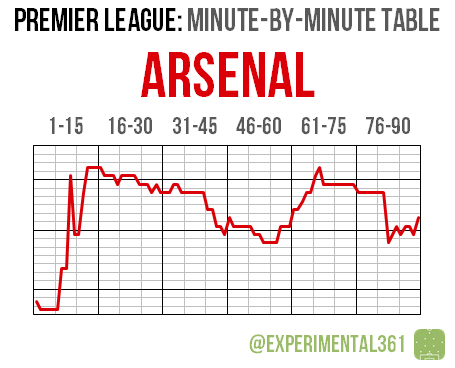 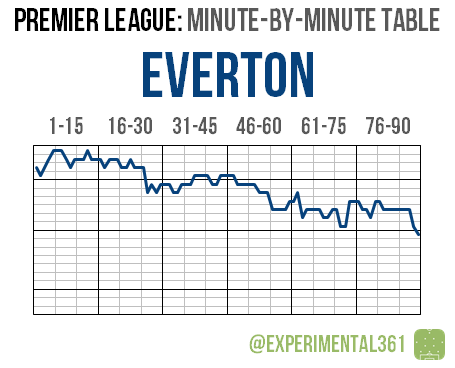 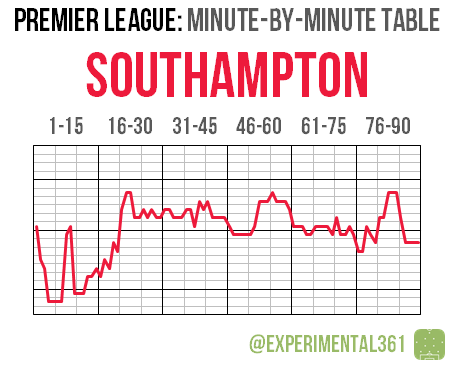 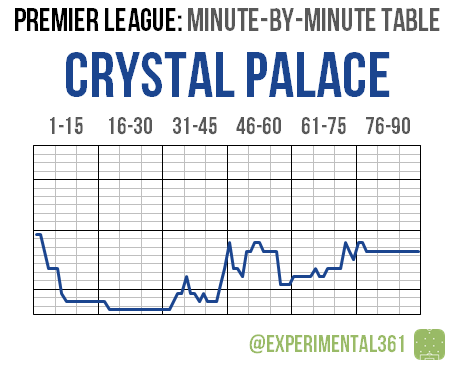 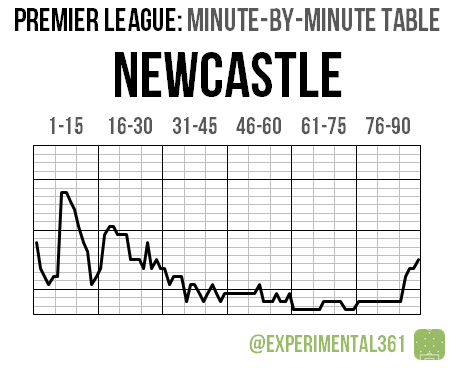 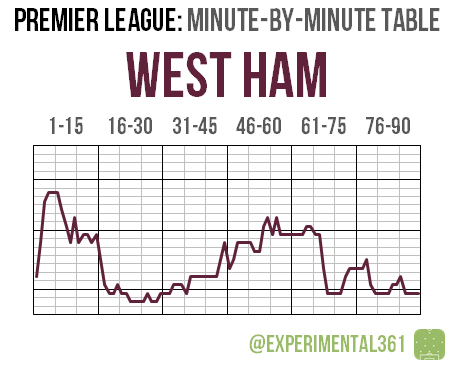 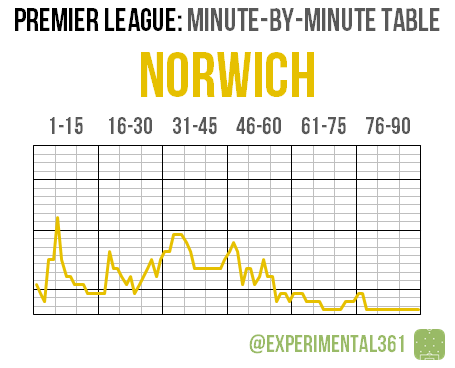