Apologies are in order first of all as once again I took the ratings model apart over the summer and then struggled to find the time to put it back together again. It’s still not quite where I’d like it to be, but it shouldn’t be any worse than the version that ran last season.

Here is how the model predicts the rest of the season will pan out. The rating system is explained here, but in a nutshell it’s based on the combined quality of chances that clubs create and allow, rather than their results. I’ve used each club’s current ratings and those of their remaining opponents to predict how the rest of the season will unfold. Each of the remaining fixtures has been simulated 10,000 times to generate probabilities for where each club will finish.

This graphic shows the cumulative probability of where each club could end up, in descending order of average predicted league finish. You can think of the ordering of the teams down the left hand side as a “best guess” of the final league table, with the coloured bars showing the relative likelihood of each club ending up in a certain section of the table: 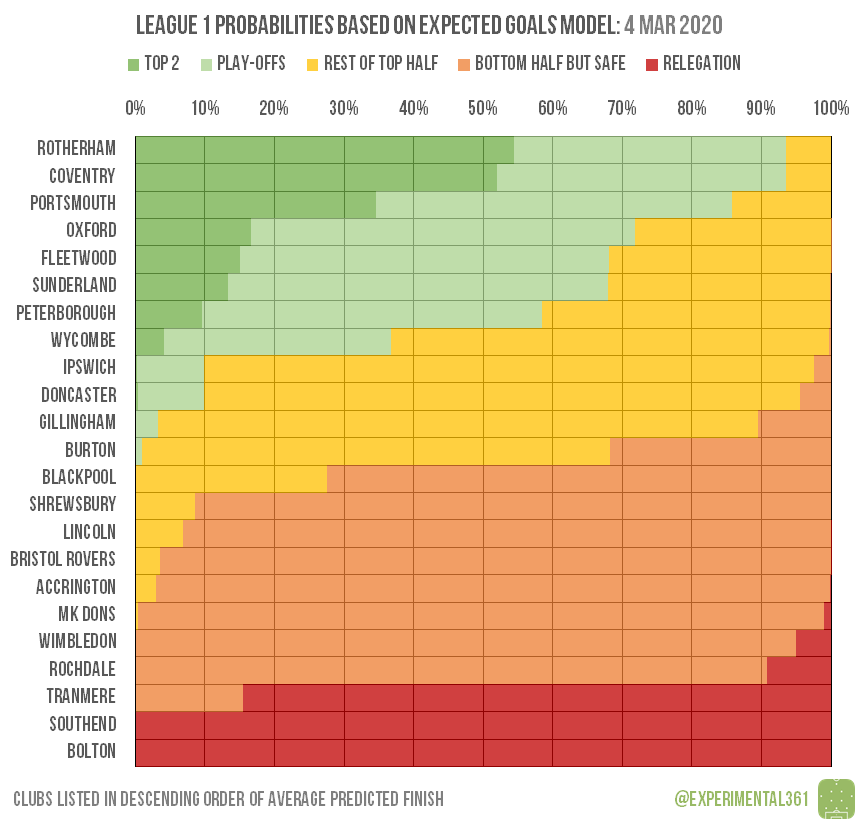 While the current top three are the favourites to secure automatic promotion, the race for the top two is far from over thanks to a congested top end of the table. However the model doesn’t expect much drama at the other end of the table, where Bolton and Southend unfortunately look doomed while Tranmere are also running out of time.