With the fate of the football season still hanging in the balance, Sky asked me to calculate how much the league tables could still change if the remaining fixtures were played. Their version of the story is here.

The way the graphic below works is pretty straightforward and it’s exactly the same idea as the weekly permutations: the outer bar shows what’s mathematically possible over the rest of the season while the inner chart is a distribution of what’s actually likely to happen based on my latest model predictions. 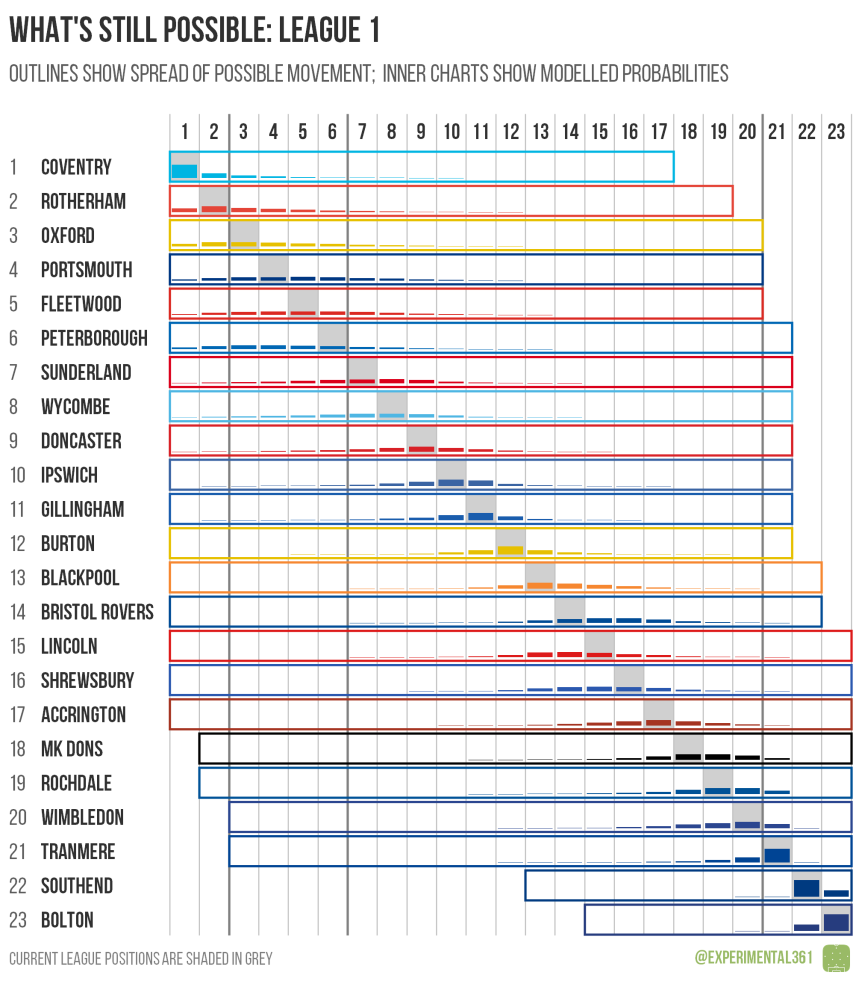 The top five are already mathematically safe from relegation while only the bottom two can’t possibly be promoted. What’s even more impressive is that only four teams can’t finish in one of the two automatic promotion places and every one from 17th-placed Accrington can still win the league.