The way the graphic below works is pretty straightforward and it’s exactly the same idea as the weekly permutations: the outer bar shows what’s mathematically possible over the rest of the season while the inner chart is a distribution of what’s actually likely to happen based on my latest model predictions. 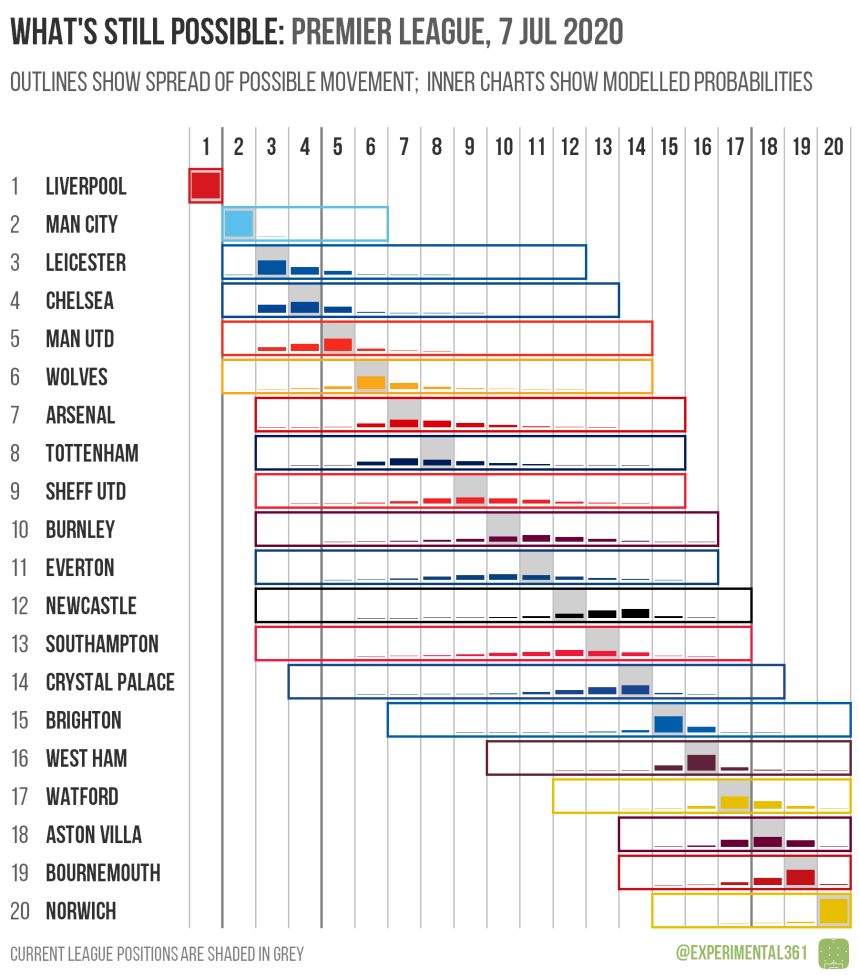 Liverpool obviously have the title sewn up and Man City should take second, but it’s mathematically possible for them to drop as low as sixth while everyone down to Palace in 14th still has a shot at Champions League qualification. Palace are alone in being still capable of either a top four or a bottom three finish.