As we’re at the end of the season, I thought that it was worth updating the long-term trend graphics to see how each club has fared in recent seasons. These are explained in full here and briefly below and this year I’ve expanded the data range from three seasons to five to get a fuller picture of how each club’s performances have evolved. 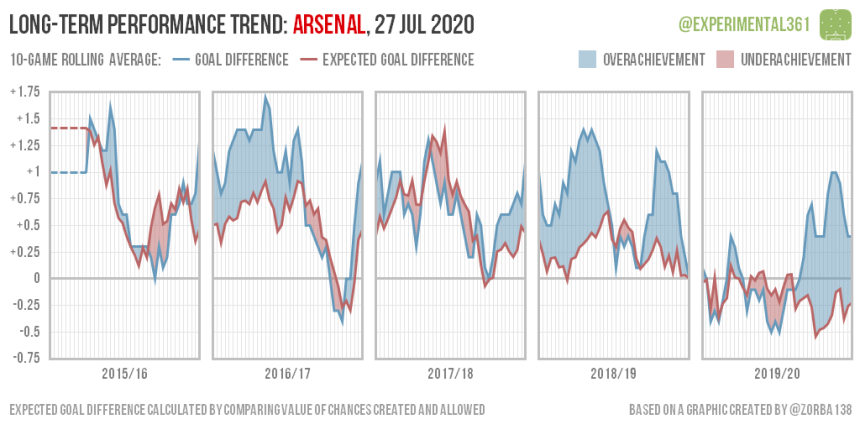 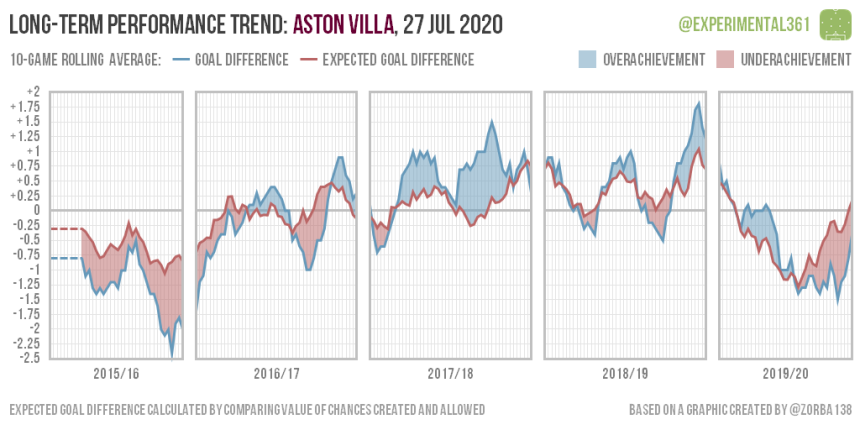 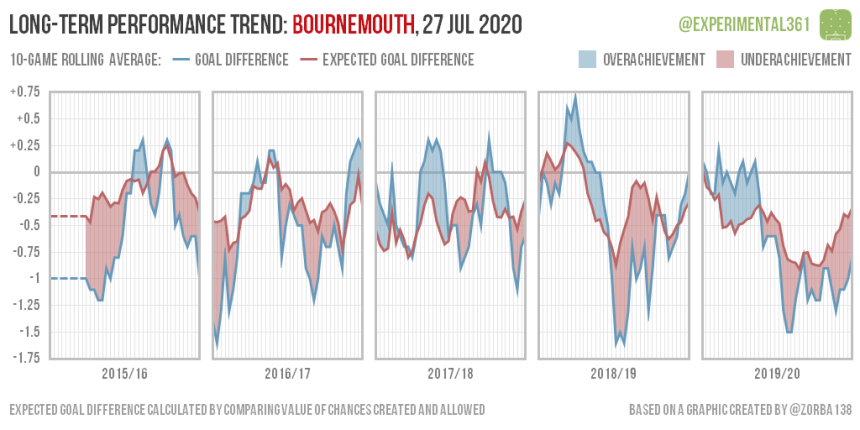 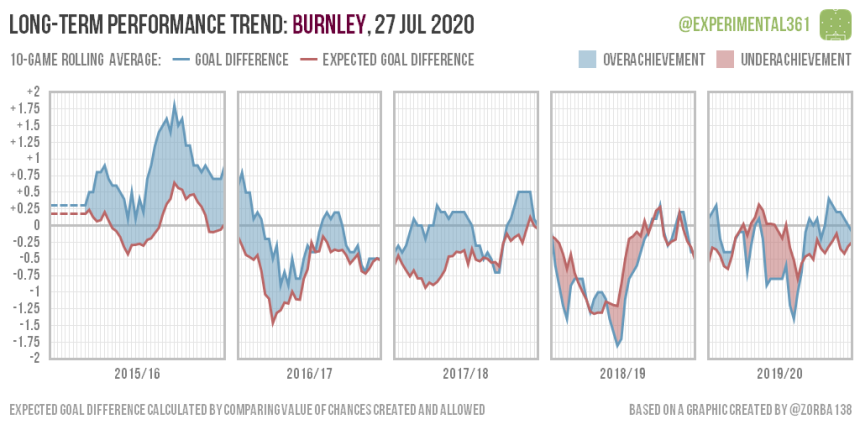 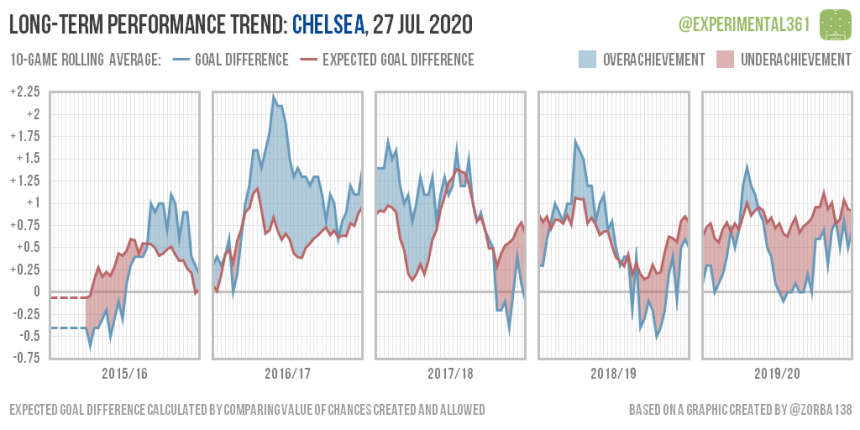 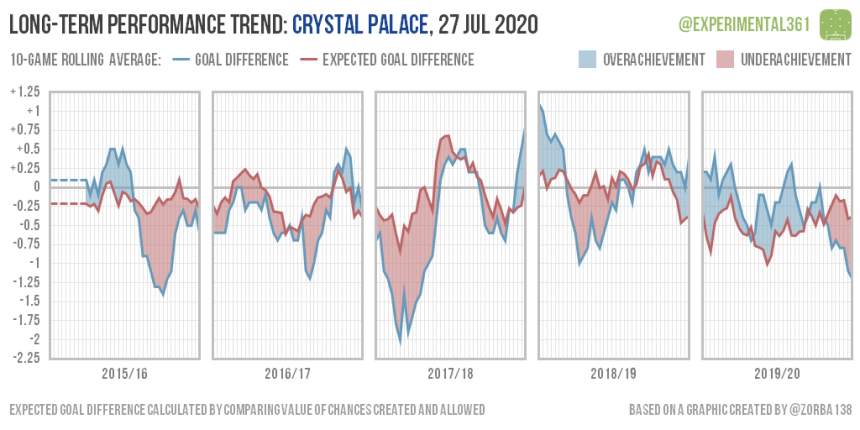 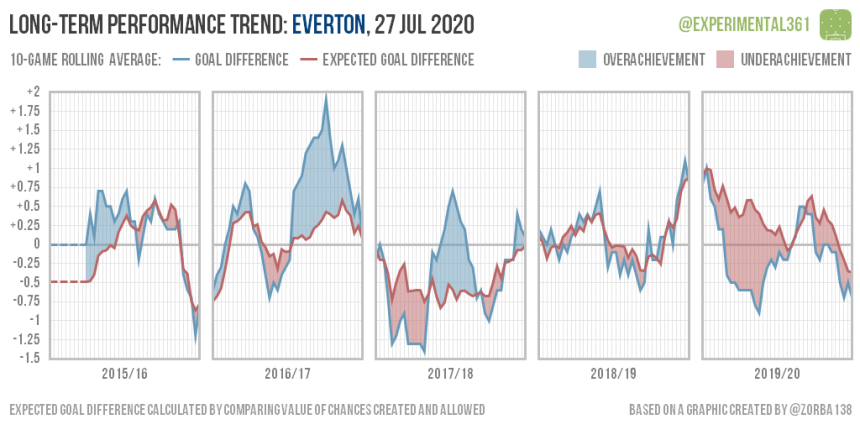 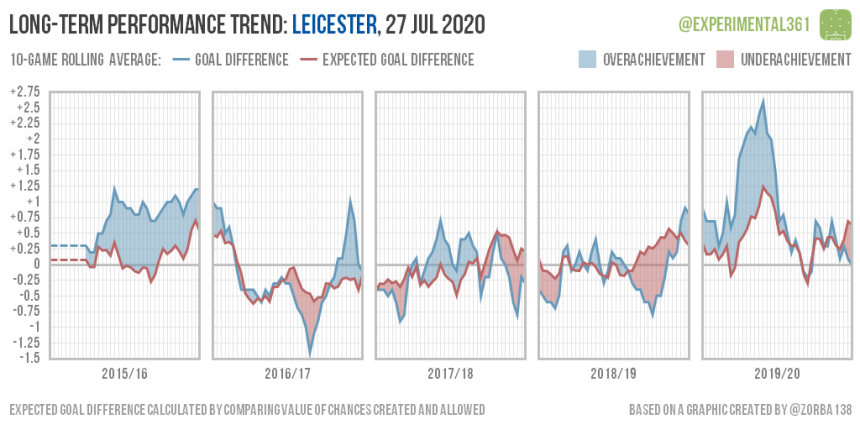 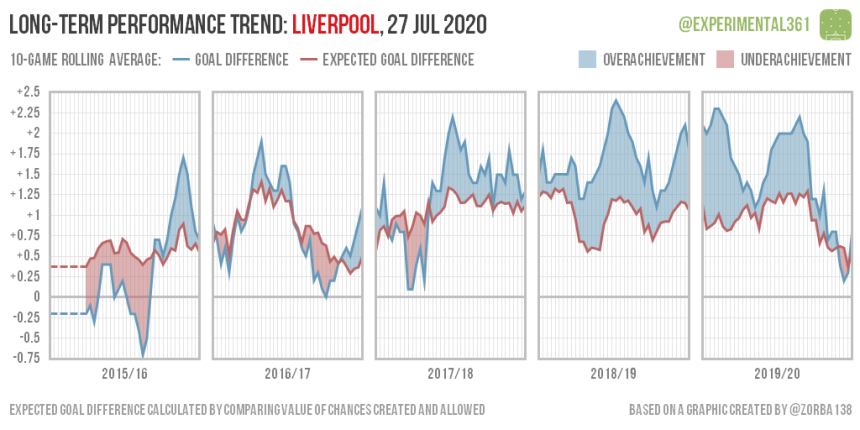 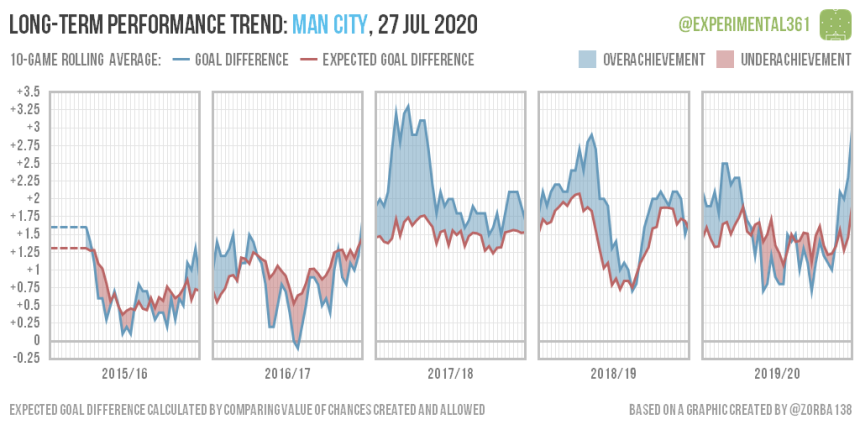 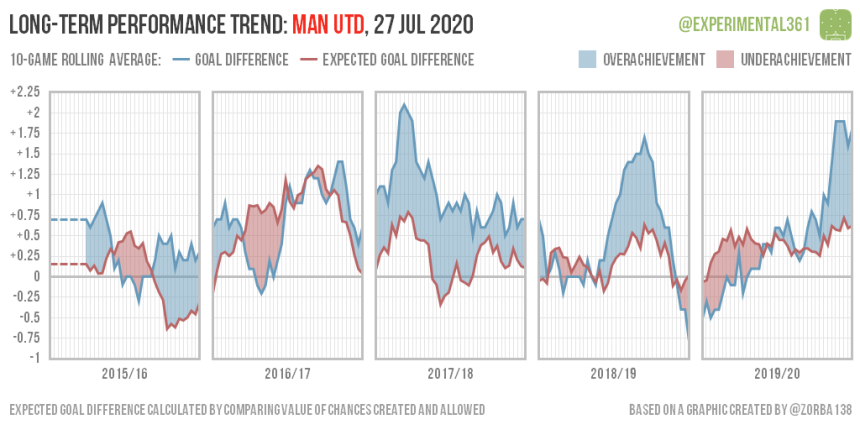 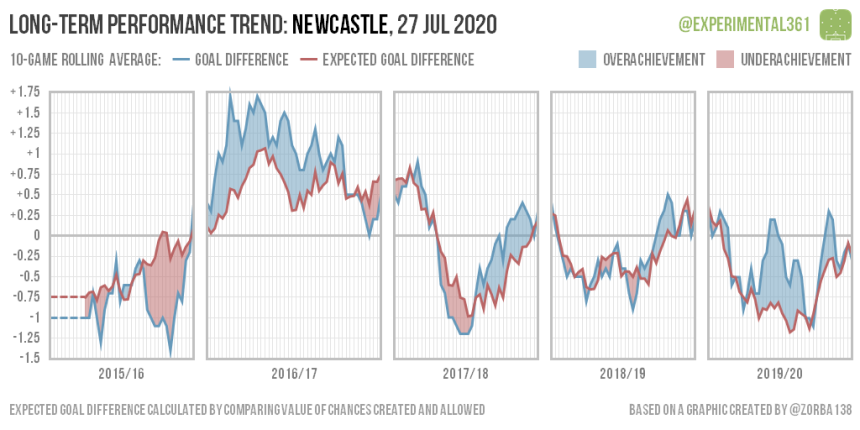 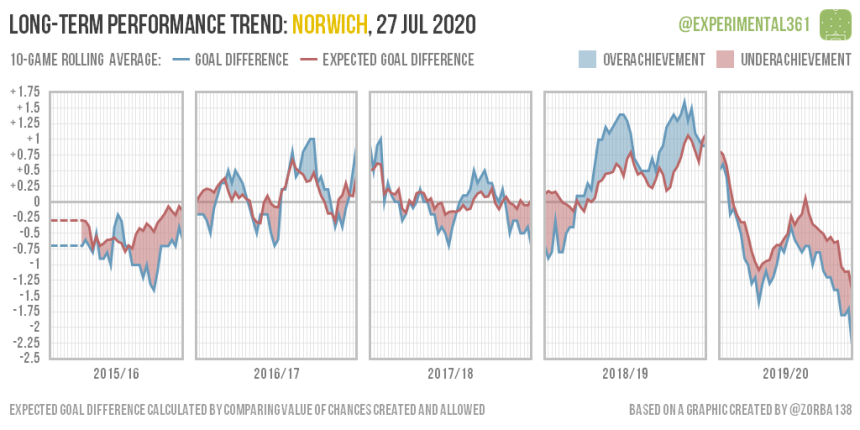 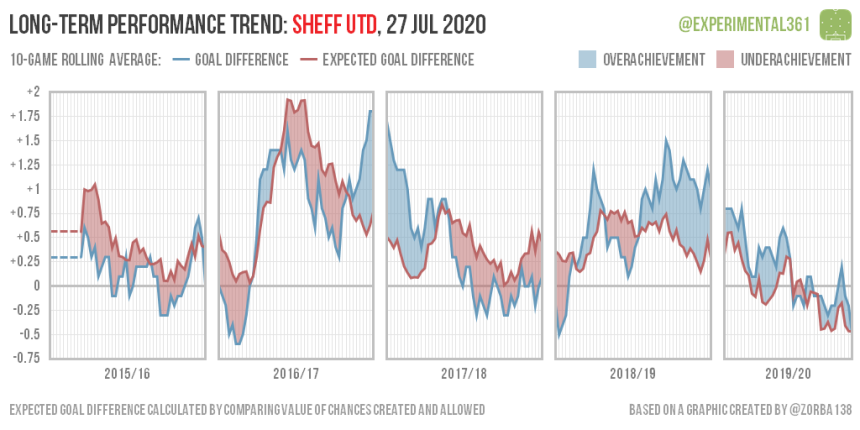 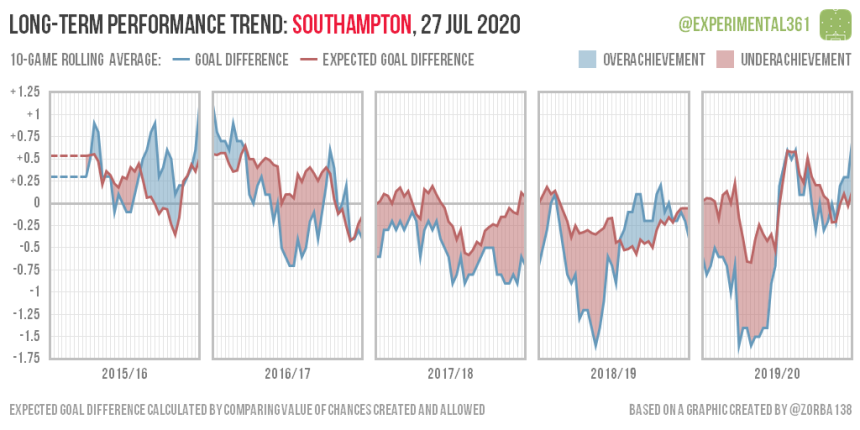 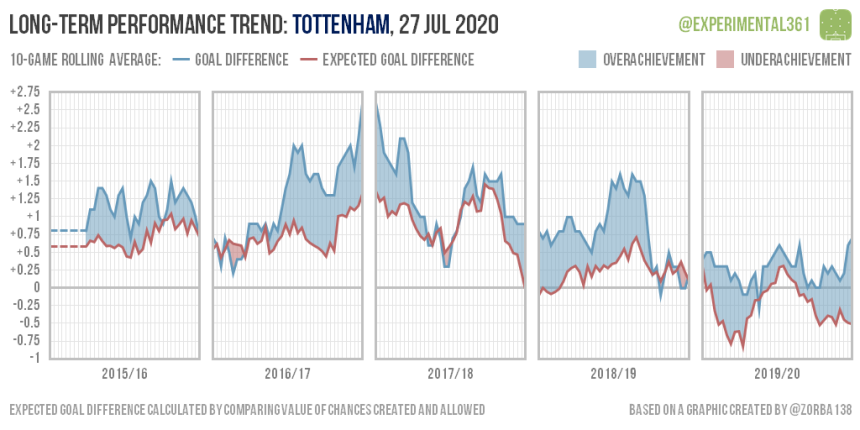 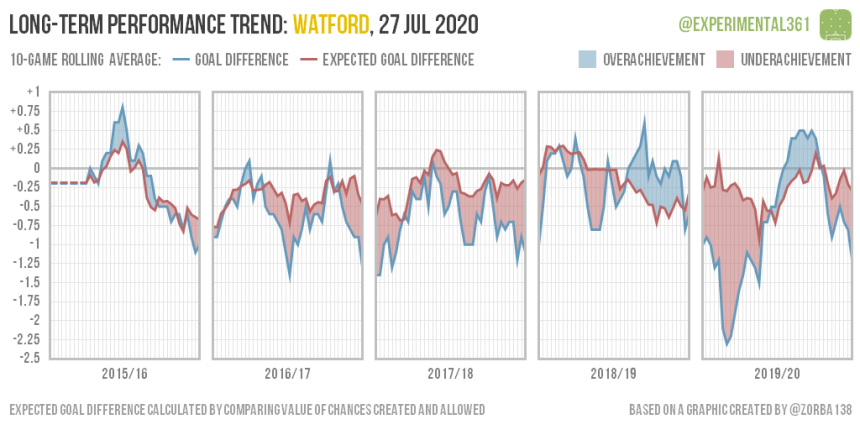 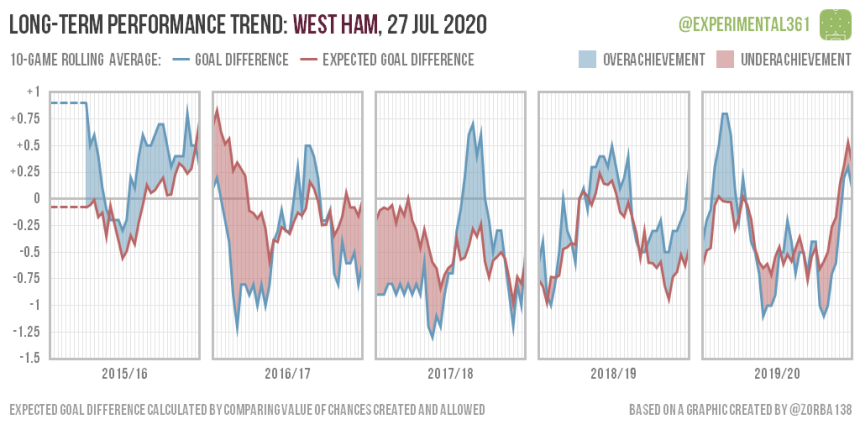 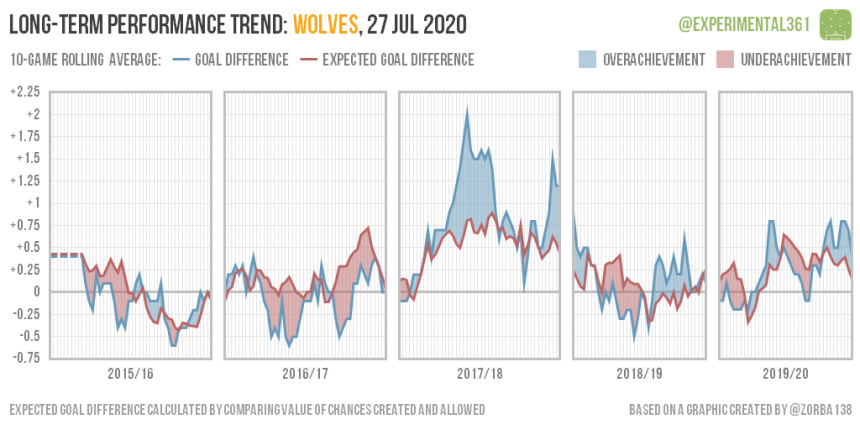