It feels like enough of the season has passed to justify a first look at the scatter graphics. These compare the attacking and defensive performances of every team in a division – each of the four graphics is explained briefly below and at length here.

Carlisle‘s squad overhaul looks to have paid dividends as they – along with Forest Green and Newport – form a dominant trio of clubs who are all creating far more chances than they’re allowing. Meanwhile Southend and Colchester look like they could find themselves in trouble, with the former struggling to get shots away and the latter unable to stop them raining in. 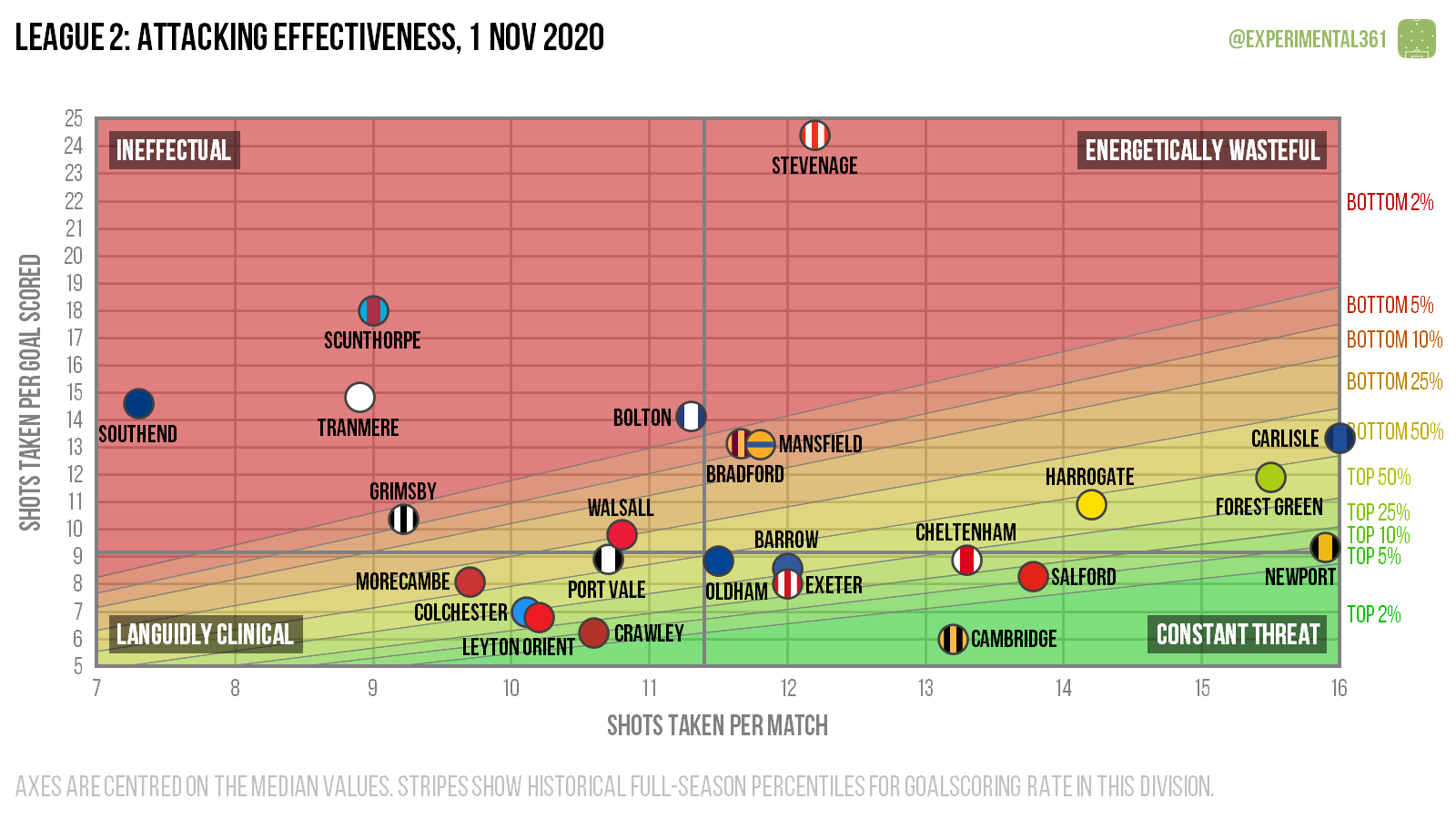 Stevenage‘s horrible record in front of goal is stretching the chart for the second season running – despite creating a respectable number of chances they’ve had very little luck at converting them. Carlisle and Forest Green may be outshooting most teams but they’ve also not found the net as reliably as the average team.

Salford‘s defence – or at least their goalkeeper – has been working hard to repel an above-average number of shots. Struggling Scunthorpe have faced slightly fewer per match but have conceded at more than three times the rate. Colchester can also thank their back line for keeping them competitive, just as their sharp finishing has made the most of their relatively few chances at the other end.

When we adjust for shot quality, it looks like the current bottom two of Scunthorpe and Southend haven’t been unlucky so far. Likewise the current top three of Newport, Cambridge and Cheltenham have all been performing well and I’d expect Forest Green – who’ve improved hugely since last season – to challenge for automatic promotion if they can sustain their current levels.