It’s been about six weeks since the last batch, so it feels like a good time to refresh the scatter graphics. These compare the attacking and defensive performances of every team in a division – each of the four graphics is explained briefly below and at length here.

Runaway leaders Norwich have been by far the most industrious attackers so far, while closest rivals Watford have looked a lot less dominant in shot terms. Mid-table Blackburn are also creating a lot of chances, although this has come at the cost of defensive solidity. Bristol City have spent a worrying amount of time on the back foot this season. 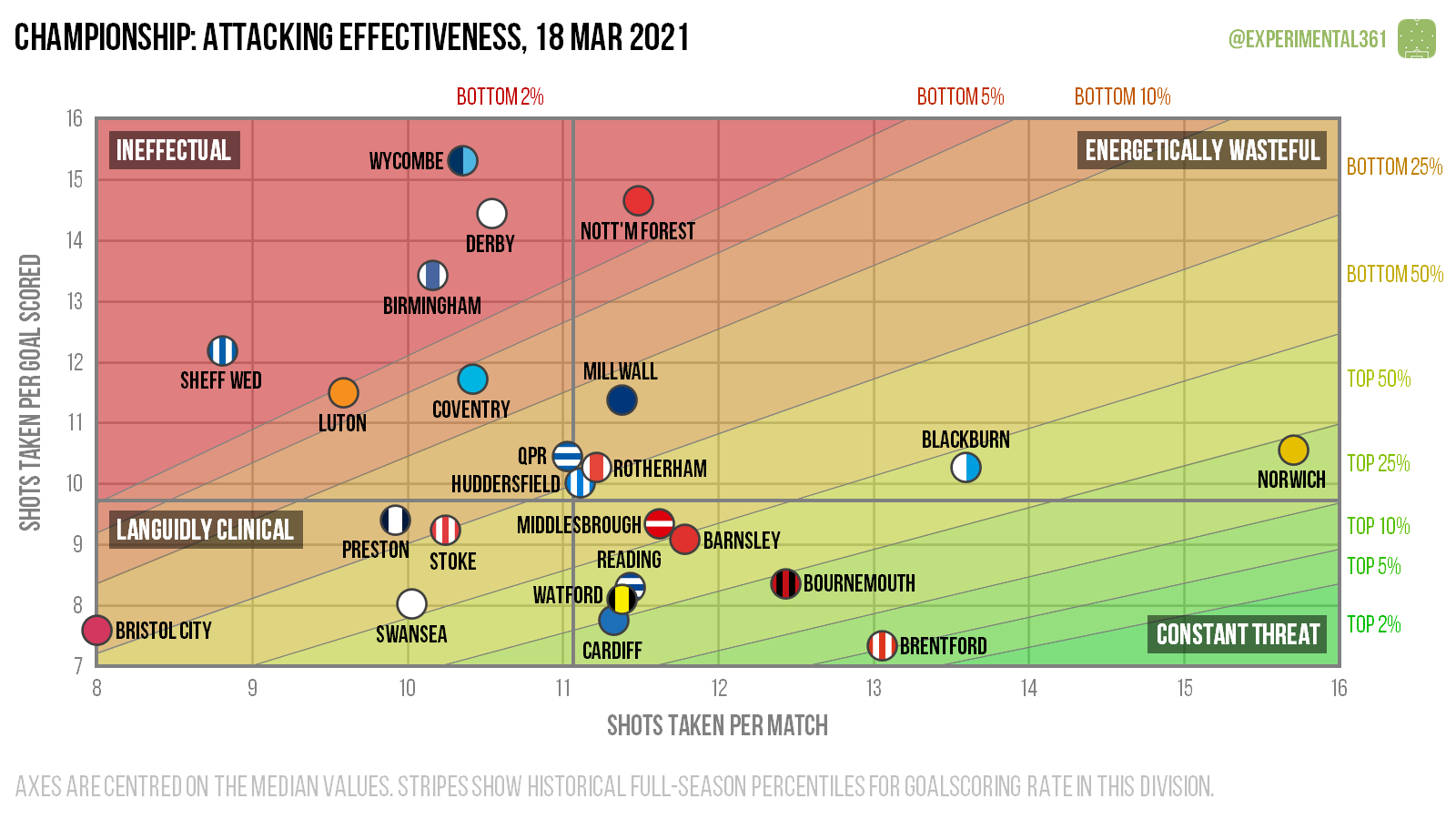 Wycombe have struggled to convert their chances this season with no attack being more wasteful, although the two East Midlands clubs have also had issues up front. Bristol City may have created little but only Brentford have been more clinical in front of goal. 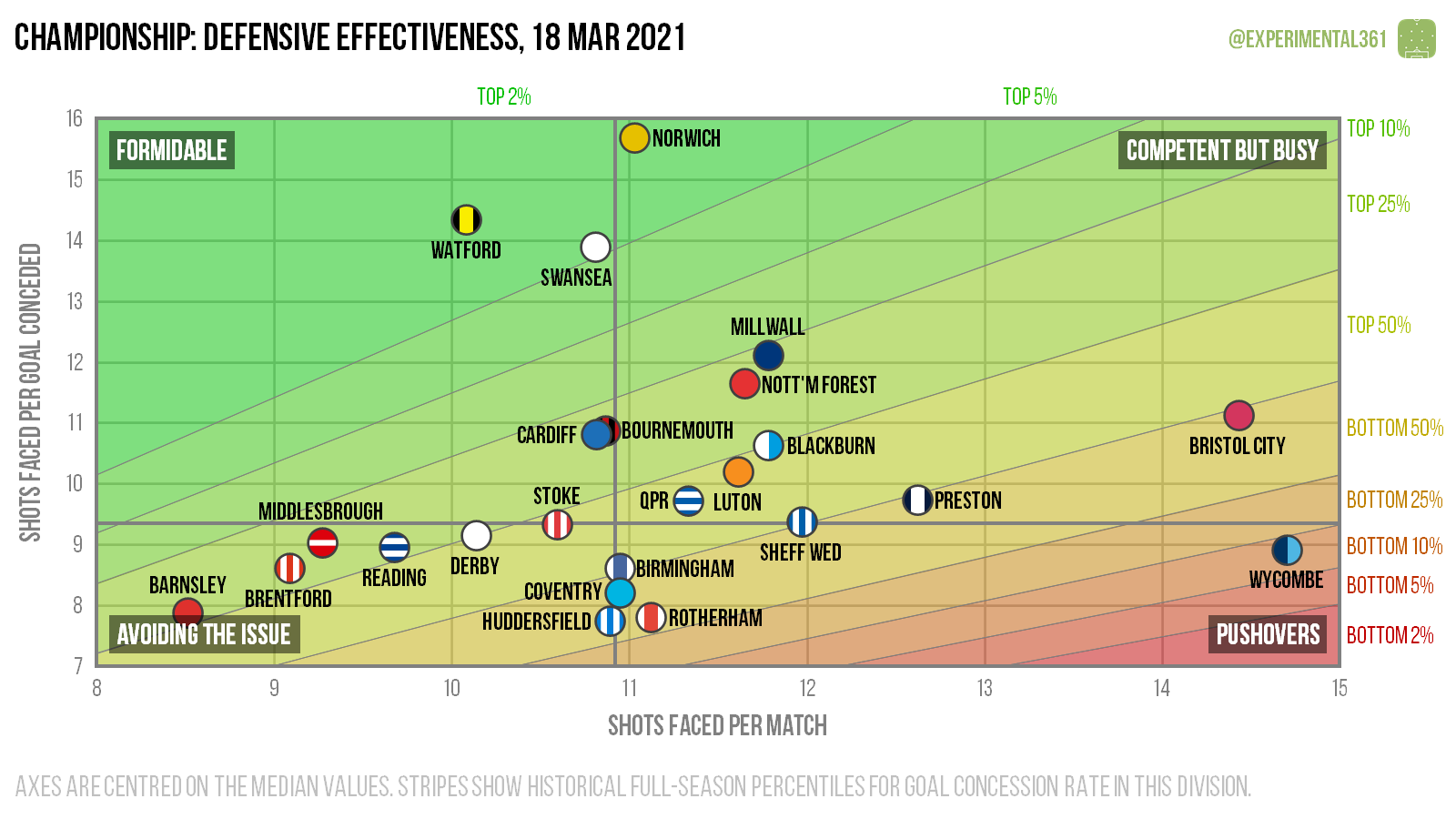 The top three of Norwich, Watford and Swansea have all excelled at keeping the ball out of their net this season, relying on resilience rather than restricting the number of shots they’ve faced. Barnsley meanwhile have made it difficult for their opponents to shoot but struggled to contain the chances they do face.

When we correct for shot quality, Norwich‘s attack remains way out in front, although their defence looks a lot more average. Bristol City are an enigma as they sit comfortably in 13th despite posting worrying numbers at both ends of the pitch, so perhaps they’re doing something that the data isn’t picking up.