These graphics are intended to give a quick visual overview of the age of players that each club has fielded in league matches using a technique very similar to “population pyramid” graphs, although I’ll freely admit that they’ve come out with shades of the Rorschach test (or as someone observed on Twitter, the Habitat lighting range).

I haven’t labelled the percentage values as the graphs were already getting pretty busy and I figured that the general shape and proportions were sufficient to compare teams against each other. 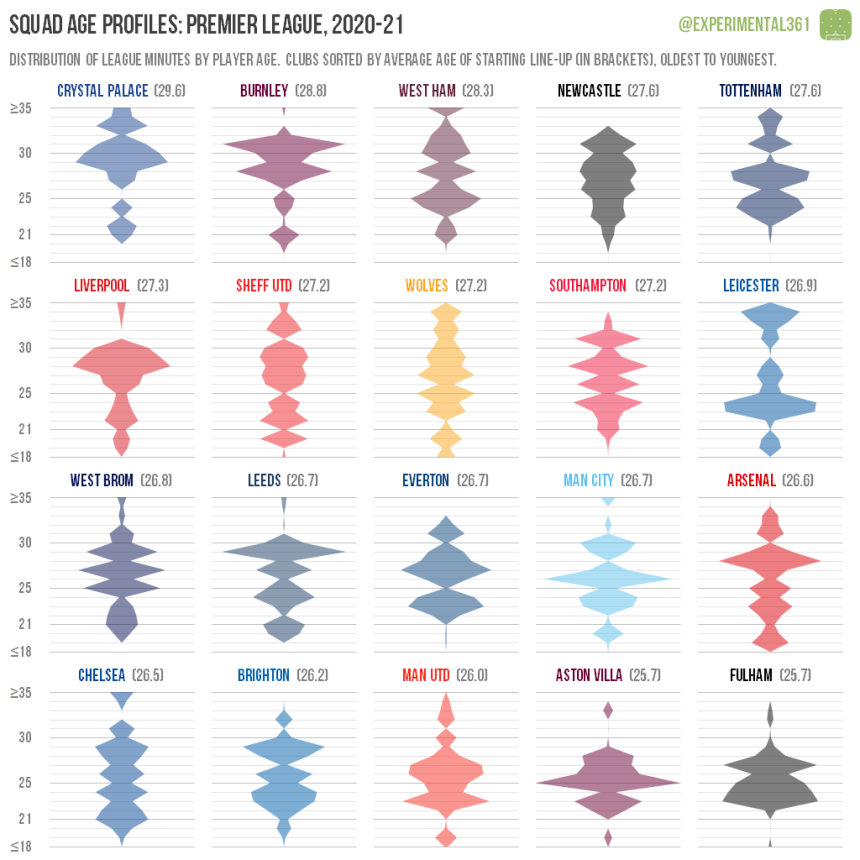 Despite naming the youngest starting line-ups on average this season, Fulham are one of three Premier League clubs – the others being Everton and Tottenham – to have given fewer than 1% of their minutes to players aged 21 and under.

At the other extreme, Crystal Palace‘s starting XI has been pushing 30 on average and exceeded it on eight occasions this season. Palace have given almost half of their playing minutes to 30-somethings (49.4%) – the highest share in the top four divisions.