As usual, I’ve taken the newly-released fixtures for the National League and combined them with an aggregation of leading bookmakers’ odds to visualise where each club’s tough and easy matches appear to be next season. Each row in the matrix below lists a club’s league matches in chronological order, colour-coded based on how difficult they appear to be and the clubs themselves are sorted and numbered by where the odds imply they’ll finish in the table.

I’ve coloured the strongest-looking clubs (based purely on the odds) in red and the weakest-looking in blue, but you can use the numbers down the side to identify which fixtures are which. 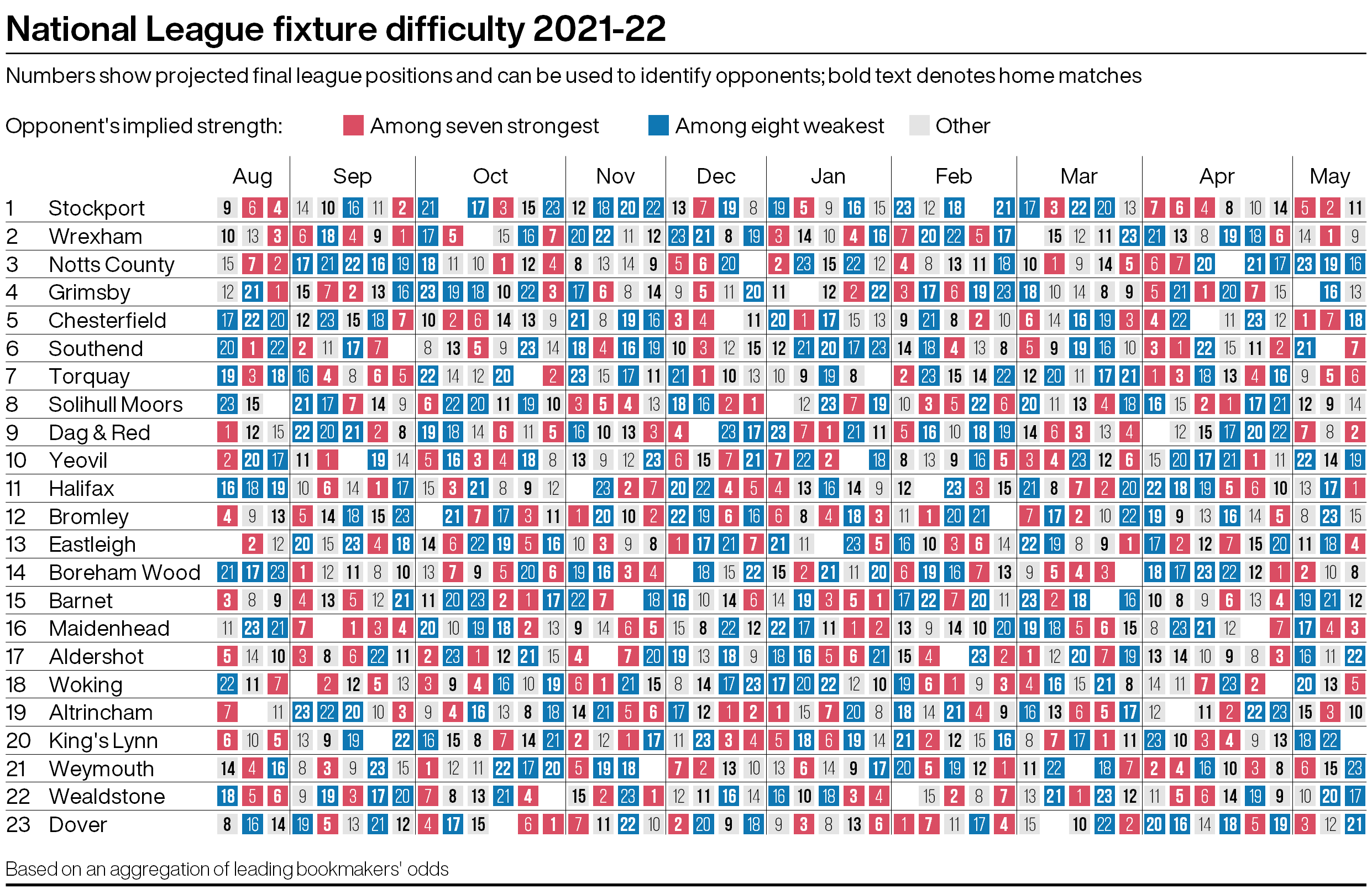 I’ve tried to colour-code the clubs into groups where the odds tend to be similar – the seven red clubs all have average title odds of 10/1 or shorter and the eight blue teams of 55/1 or longer.

There aren’t enough odds available to create graphics for the North and South divisions at the time of writing.