It’s time for another refresh of the scatter graphics – perhaps the last until the end of the season given that teams won’t move much at this stage. These compare the attacking and defensive performances of every team in a division – each of the four graphics is explained briefly below and at length here. 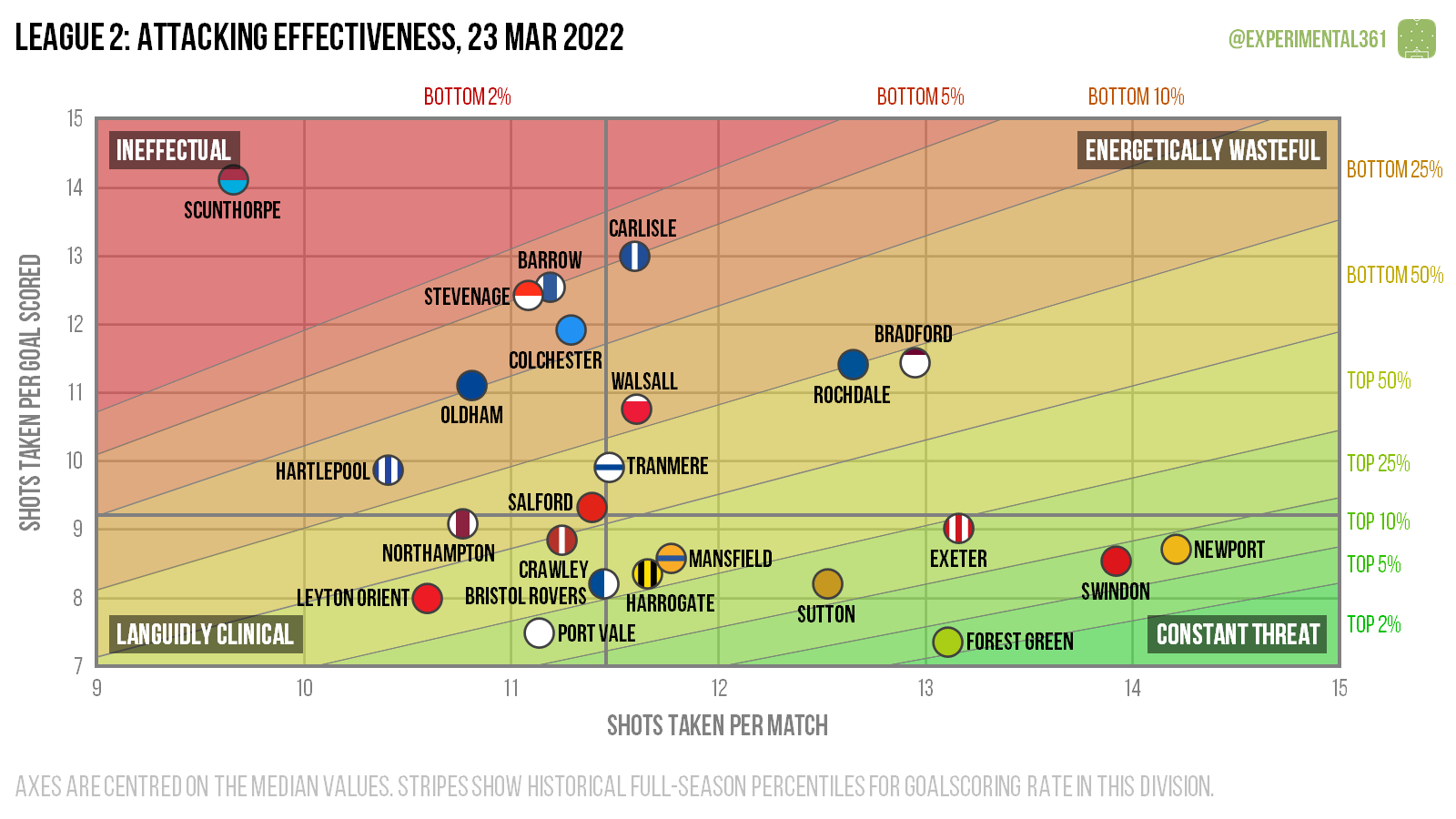 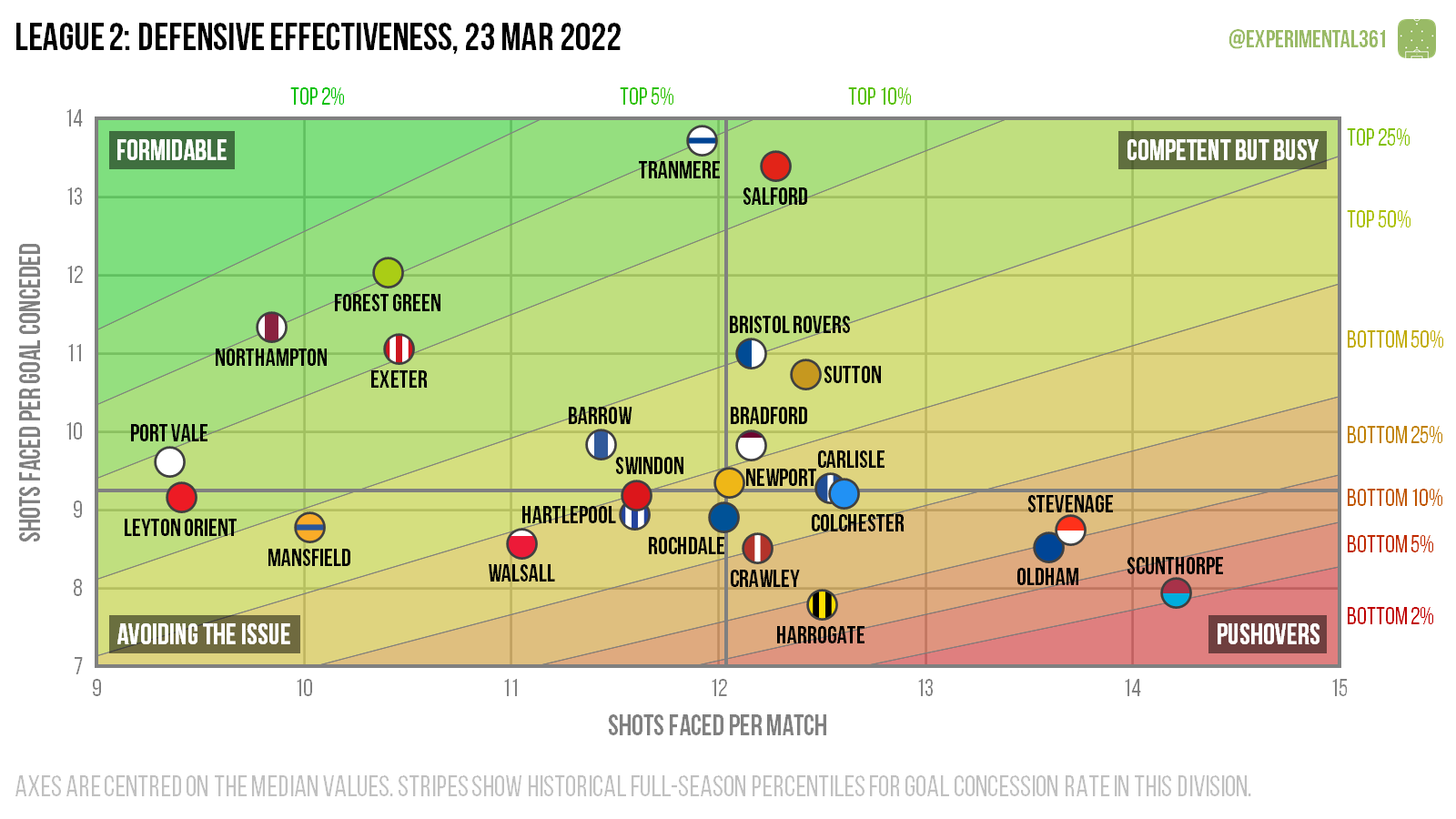 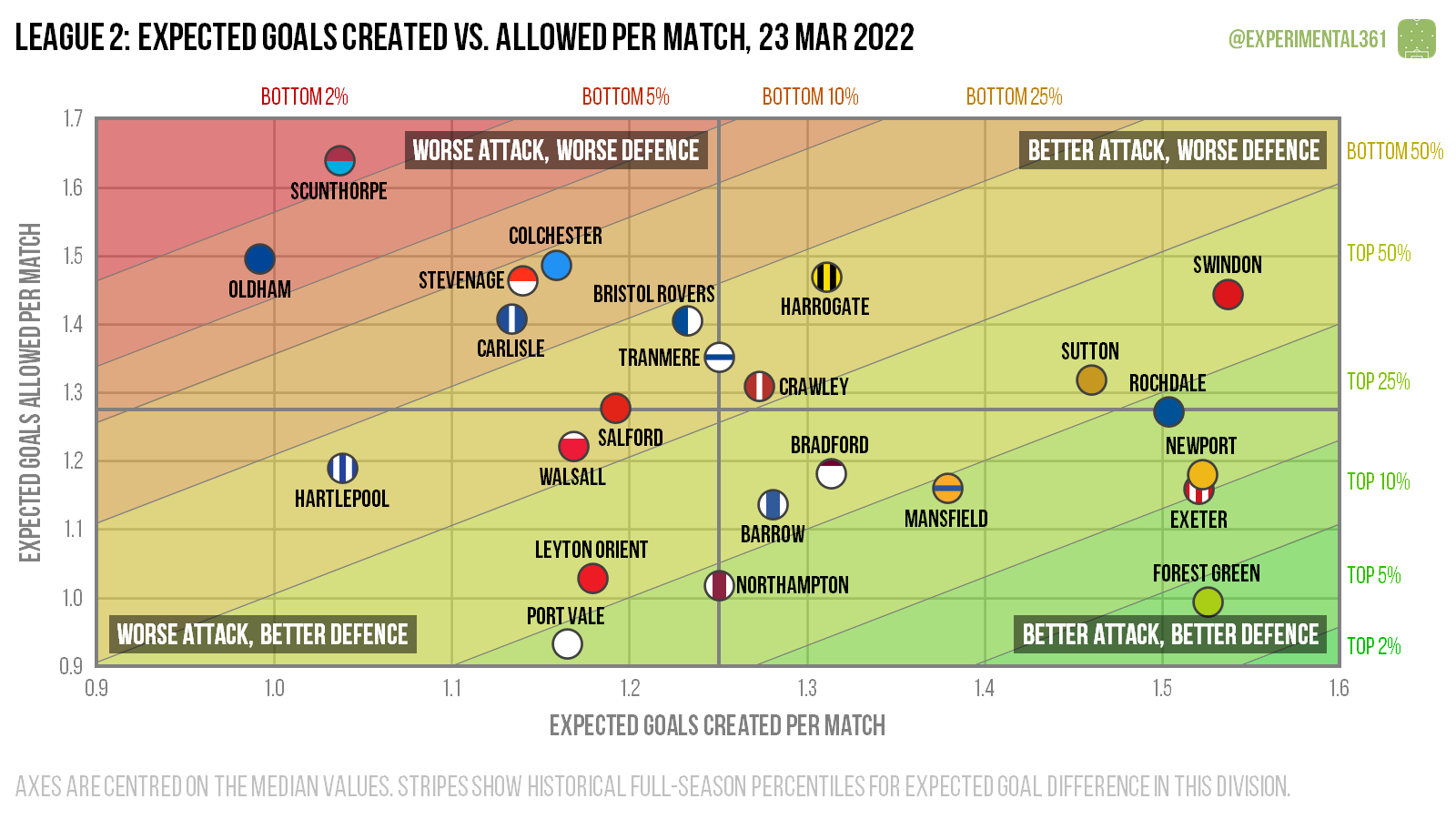