As the season approaches its conclusion I’ve switched these graphics back on.

The way they work is pretty straightforward and it’s exactly the same idea as the weekly permutations: the outer bar shows what’s mathematically possible over the rest of the season while the inner chart is a distribution of what’s actually likely to happen.

The latter is based on my expected goals model, which powers most of the stuff on the site. 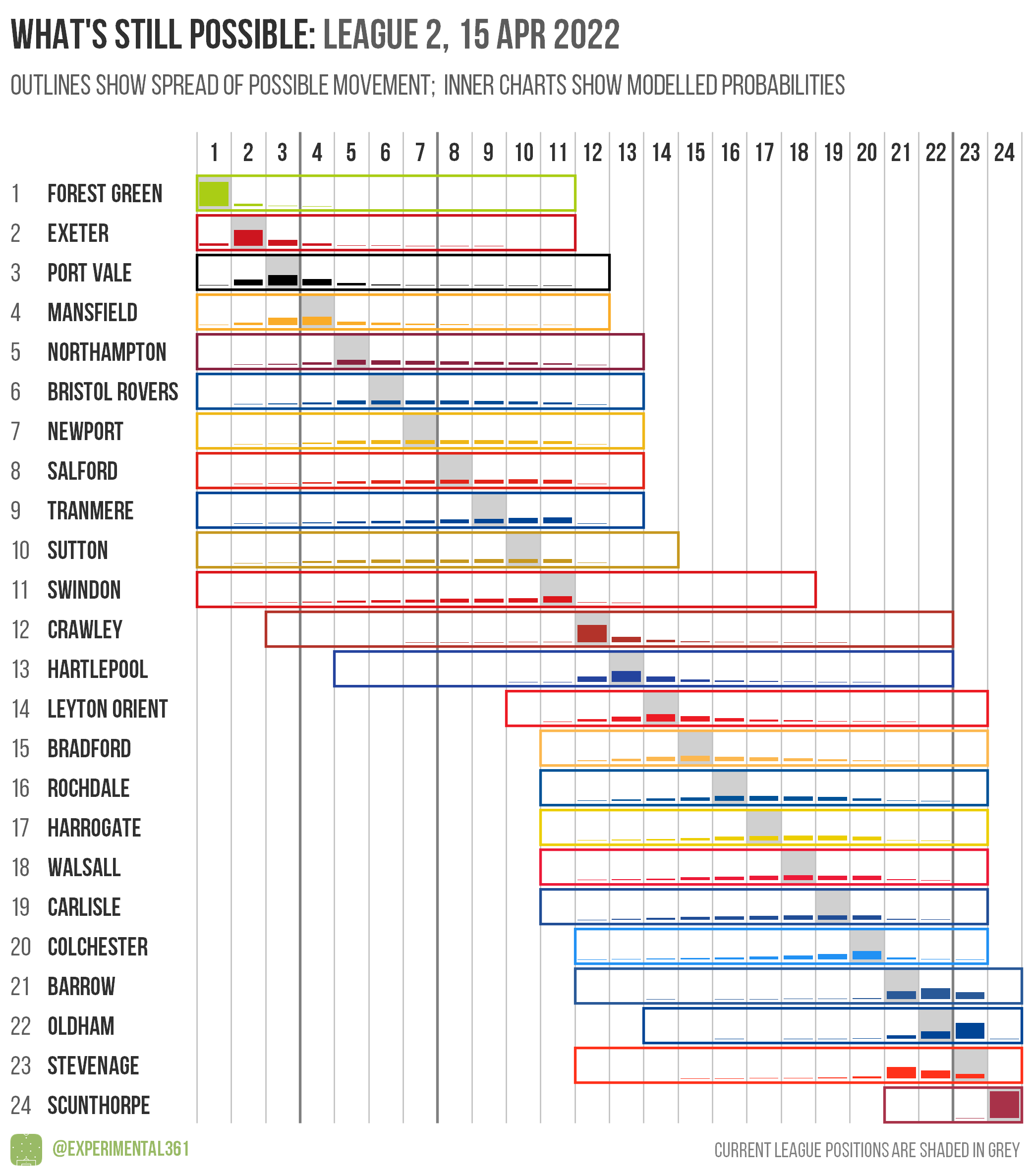 Even with each team having just 5-6 matches left to play, surprisingly little can be definitively ruled out.

Every club down to 11-placed Swindon can still technically win the title and Crawley can still mathematically achieve automatic promotion.

Nobody is assured of even a play-off place yet: leaders Forest Green could drift as low as 11th if they lost all of their remaining matches and other teams played out a very specific combination of results.

There aren’t any clubs who can still be either promoted or relegated though – everyone from Hartlepool in 13th upwards can at least make the play-offs while 14th-placed Leyton Orient are the highest-ranked team who can still finish in the bottom two.