Now that the season is over (barring play-offs which I exclude for consistency), I can create final versions of the scatter graphics. These compare the attacking and defensive performances of every team in a division – each of the four graphics is explained briefly below and at length here. 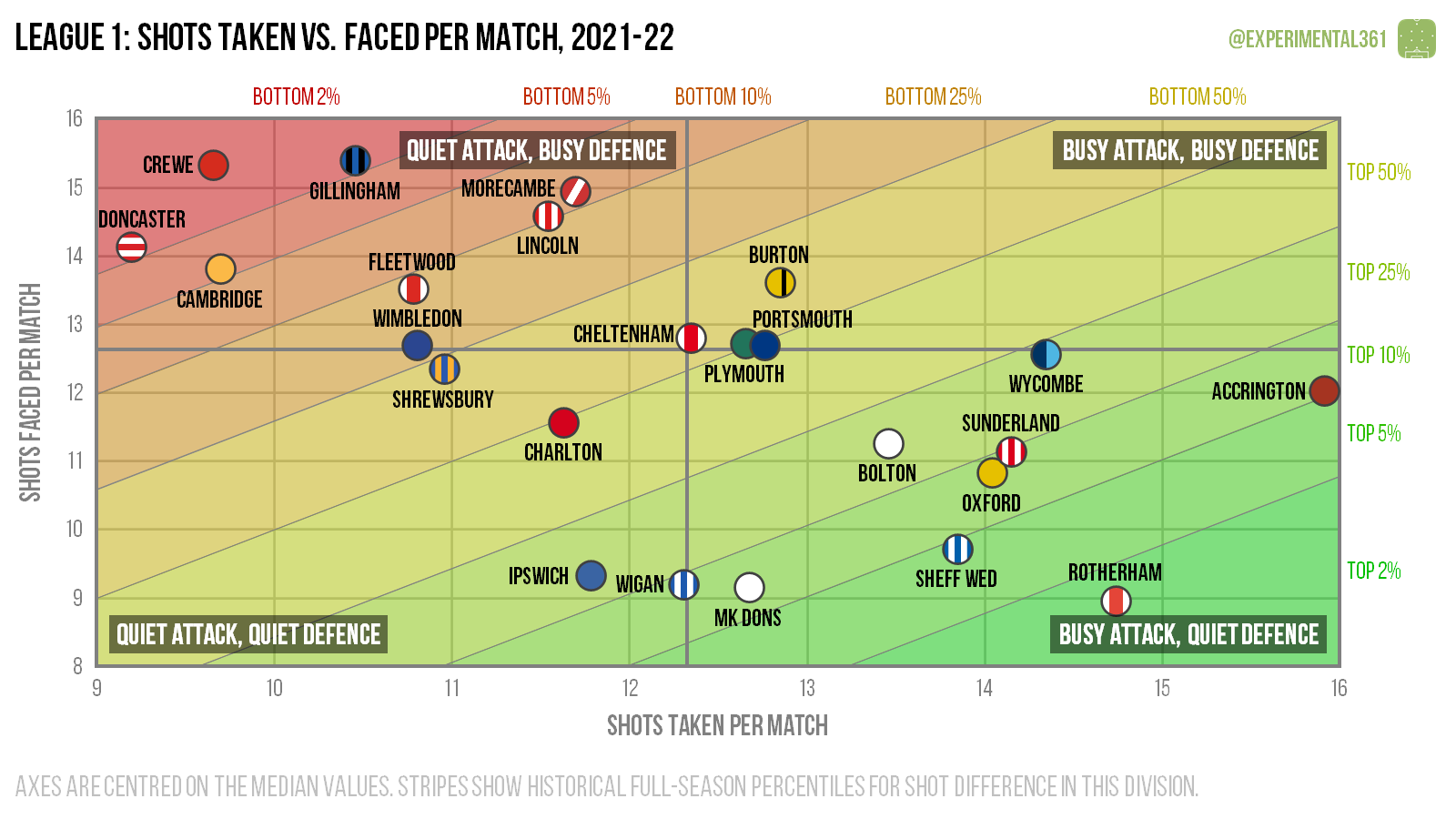 Accrington created the most chances in the division by a comfortable margin this season but left themselves fairly open in defence and had to settle for a mid-table finish. While promoted Rotherham were the most dominant side overall, Wigan pipped them to top spot with a far less industrious attack. 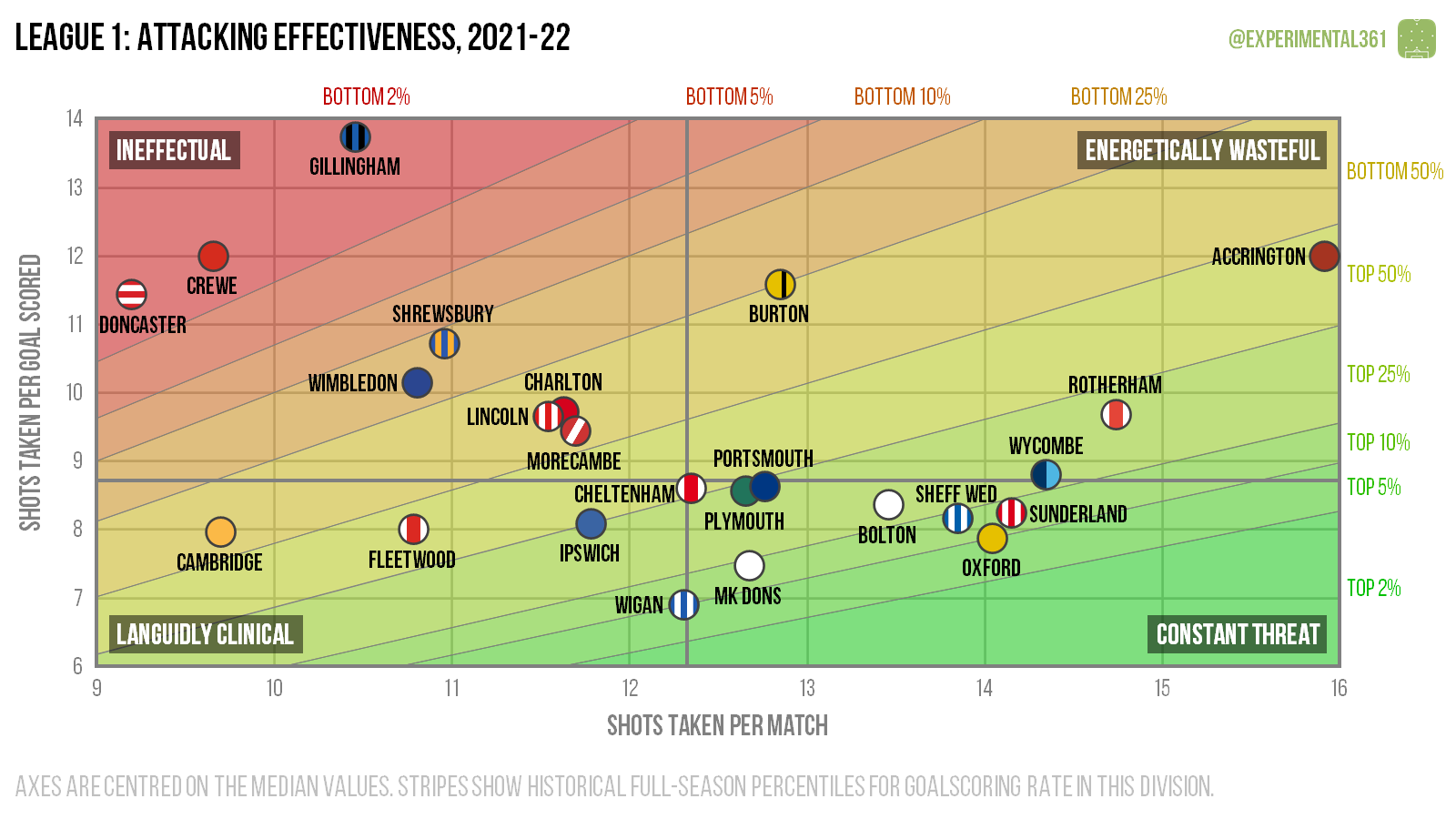 Champions Wigan created a fairly average number of chances this season but were the most clinical team in front of goal; MK Dons‘ promotion push followed a similar pattern. Only relegated Gillingham were more wasteful with their opportunities than shot-happy Accrington, with Burton also undermined by some unfortunate finishing. 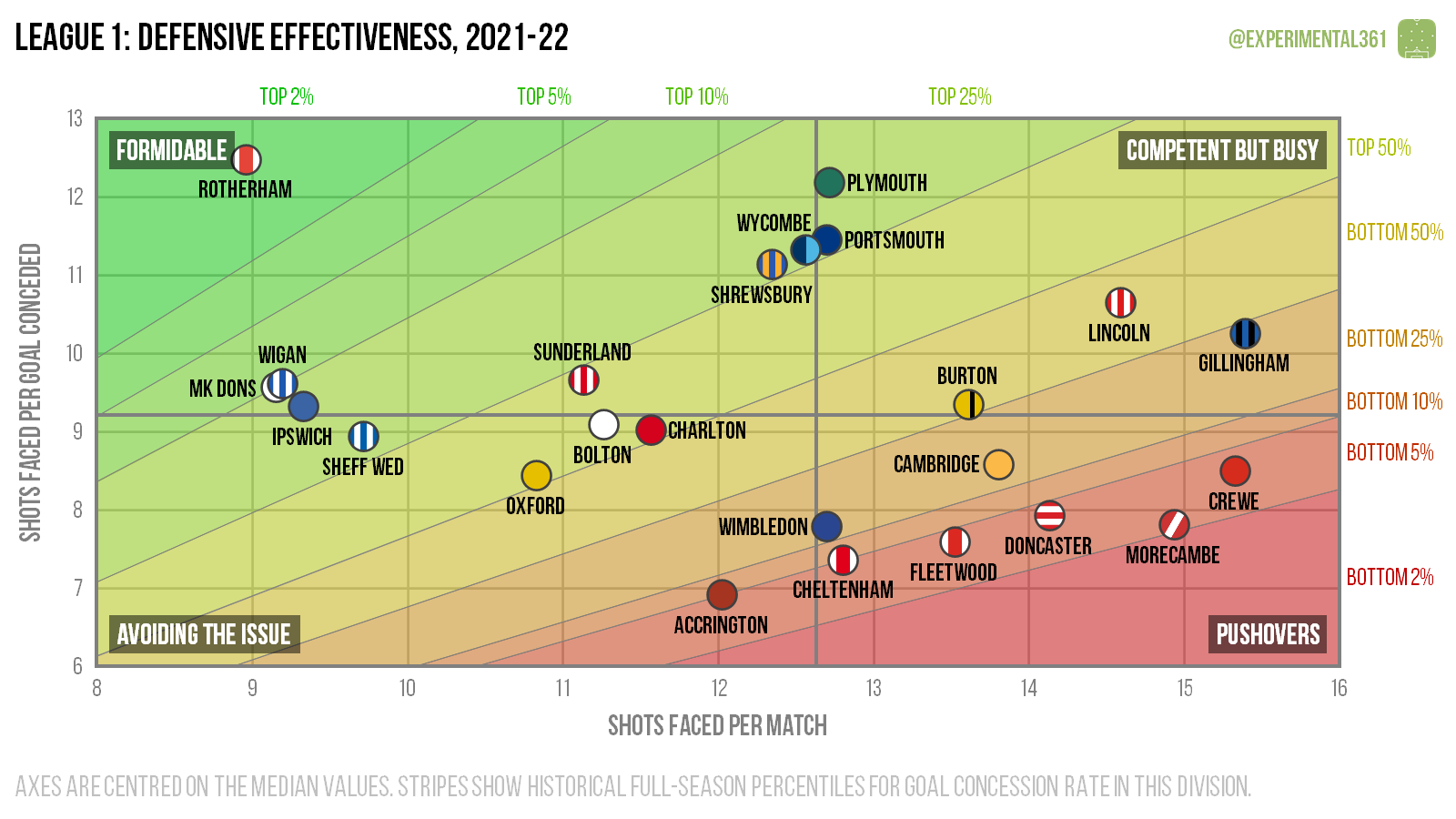 Rotherham operated the best defence in the division by some distance, although Plymouth exhibited a similar degree of resistance that almost saw them reach the play-offs. It wasn’t just wasteful finishing that was an issue at Accrington this term: they also absorbed the fewest shots per goal conceded. 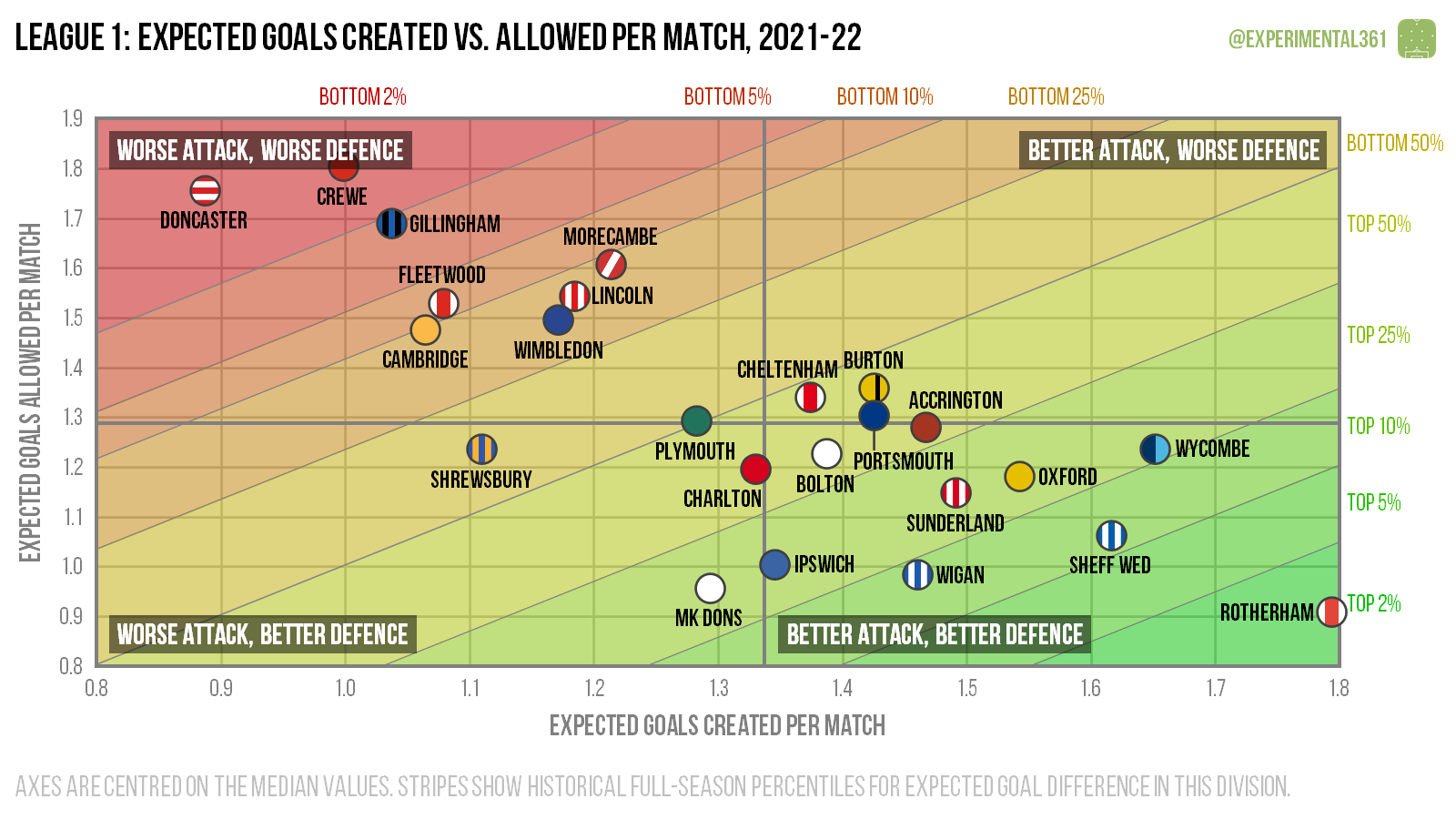 When we adjust for shot quality it looks like Rotherham were the best performers in the division and therefore worthy of another promotion to the second tier. While the identities of three of the bottom four teams are not surprising based on this data, Wimbledon appear unfortunate to have been relegated.