Since the 2018 men’s World Cup I’ve been generating compact graphics which summarise the prospects for each team at a major tournament and I’ve dusted them off again for the Women’s Euros.

I’ll be aiming to update them after every round of matches, showing the revised prospects for the teams who just played and also how the latest results have impacted the likely shape of the knockout stages.

The model is a fairly simple one as I don’t have much data to work with. I use FIFA’s latest official rankings as the basis for each team’s strength and have calculated the impact of matches that have been played since they were published. England’s rating includes a boost to reflect home advantage.

Each graphic is based on 100,000 simulations of the entire tournament and shows the percentage chance for each outcome.

Without further ado, here are the probabilities for each of the 16 teams alphabetical order. Starting in the bottom half, we have their chances of finishing in each position within their group on the left and their spread of possible points on the right.

The top half has their chances of reaching each stage of the tournament on the left and the spread of their most likely opponents at each stage in descending order on the right (with flags and percentages squeezed in where there’s enough space). 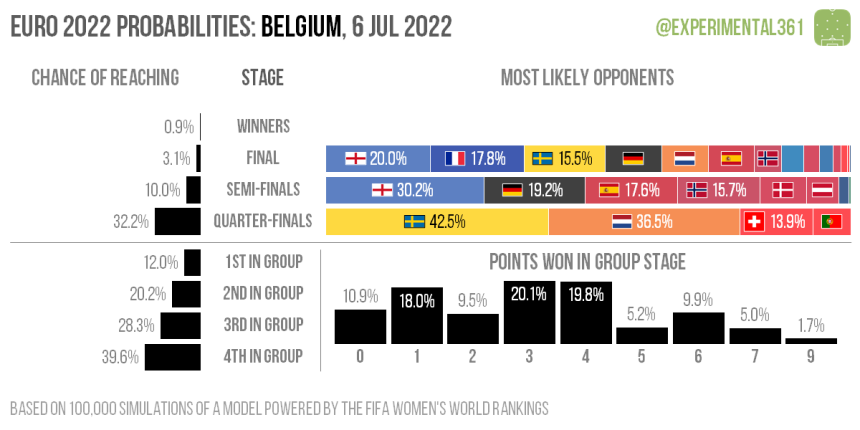 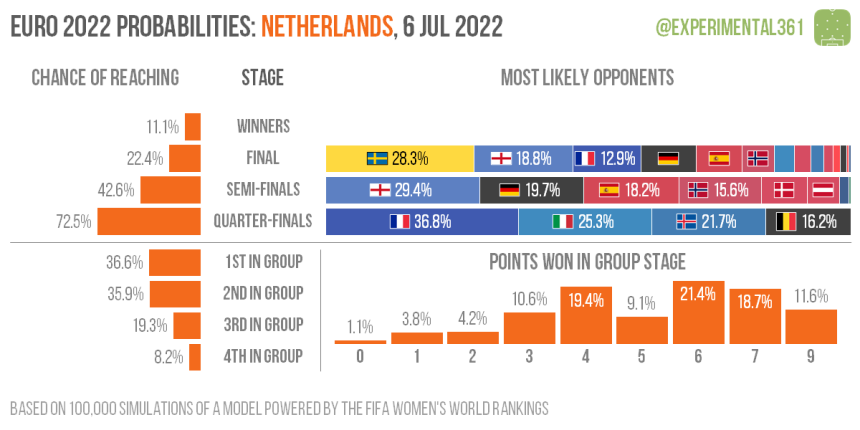 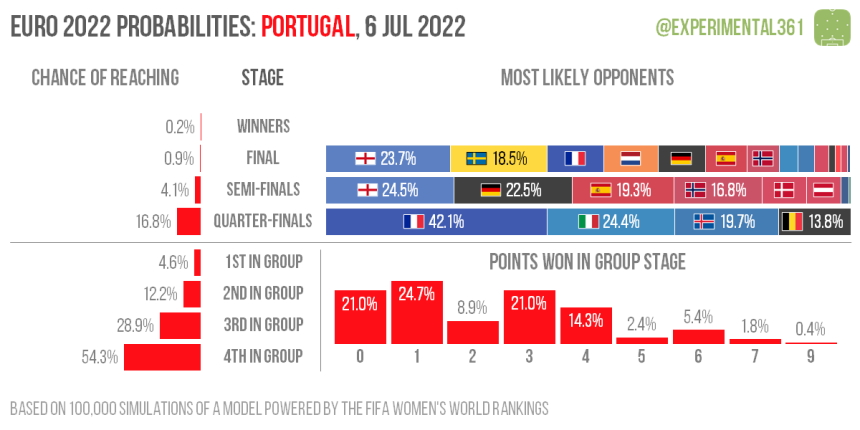 I’ve also got a summary graphic showing how the model expects the knockout stages to pan out: 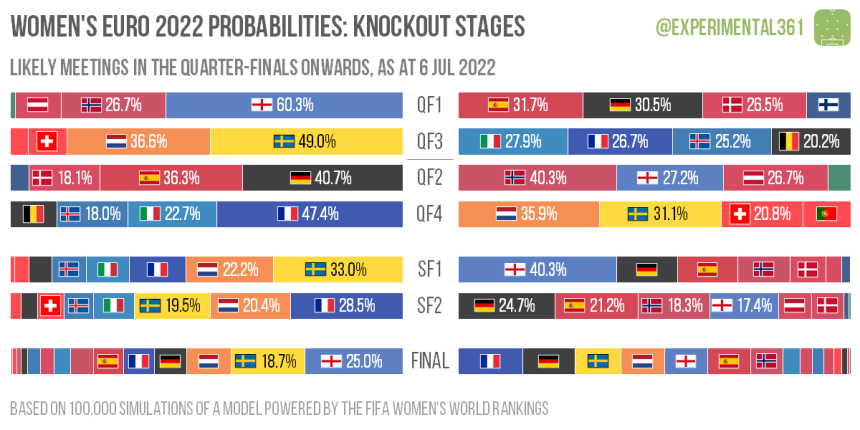