With domestic seasons now ending all over Europe, I’ll be using my scatter graphics to take a final look at each of the main European leagues. Here’s how the attacking and defensive performances of each Bundesliga club compared this season.

These graphics are explained here if you haven’t seen them before and you can see the previous set here. 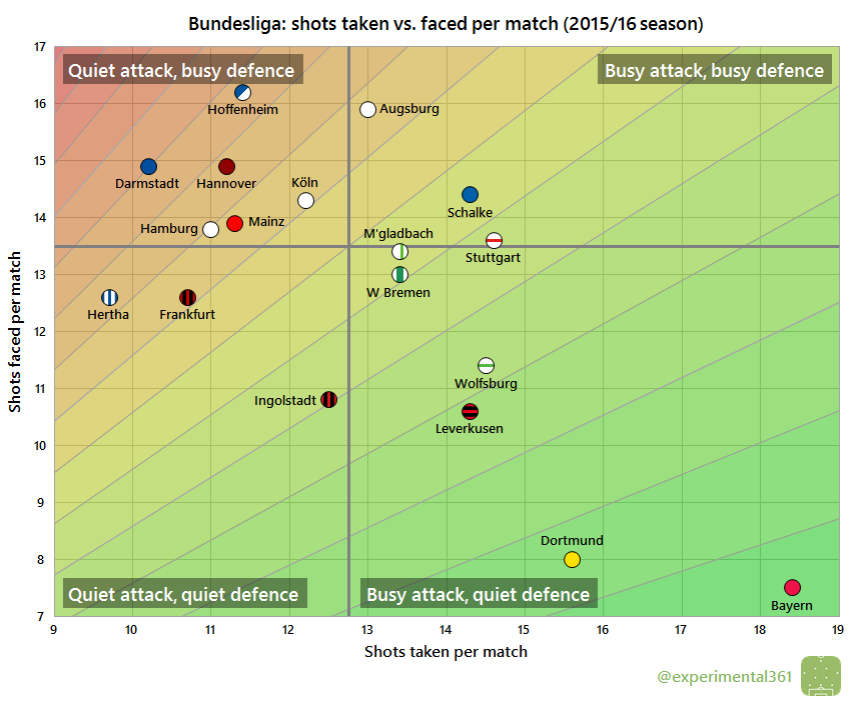 Bayern were unsurprisingly and graphic-stretchingly dominant in the bottom right corner, taking over 18 shots per match and allowing fewer than half as many in return.  Dortmund weren’t far behind them defensively but created around three fewer efforts per game.

Stuttgart were relegated despite only the aforementioned two clubs taking more shots than them. Meanwhile the two most dominated sides – Hoffenheim and Darmstadt in the top left – both managed to avoid the drop.

Only the “big two” clubs and Leverkusen permitted few attempts at their goal than Ingolstadt, which is impressive for a newly-promoted team. 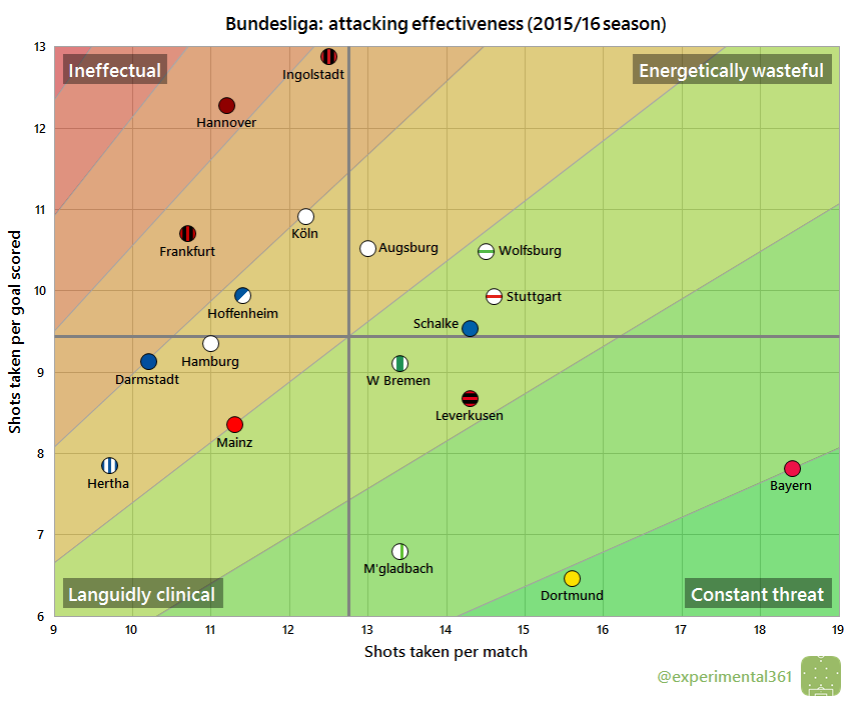 Again we have Bayern and Dortmund in the far bottom right, with the latter reaching a higher final goal tally due to their more clinical finishing.

Fourth-placed Borussia also took fewer shots for each goal scored than the champions and Hertha were almost as efficient despite taking fewer shots than anyone else.

At the top of the graphic we find Ingolstadt and Hannover, who were the most wasteful finishers in the division; both needed around twice as many attempts to find the net as Dortmund.

Finally let’s look at the defensive situation – basically take the above chart and replace the word “taken” for “faced” on both axes. Now top left is good – facing fewer shots and able to soak up more per goal conceded – and bottom right is bad:

Bayern are firmly lodged in the top left corner here: they allowed just over half as many shots as the average team and soaked up almost six more for each goal conceded.

While Dortmund permit a similarly low number of shots against them, they were relatively poor at handling those that did get through their defence. Only Werder Bremen and Stuttgart absorbed significantly fewer efforts for each goal conceded.