It feels like enough time has passed to update the club-by-club attack breakdowns. These are explained in detail here, but in summary they are simple scatter graphics that work as follows:

While some sides are clearly entrusting goalscoring to a select few, Phil Brown is certainly sharing the load around at Southend. Ten different players in the Shrimpers’ first team have taken at least one shot per match, compared to just three at Plymouth.

Jack Marriott of Peterborough continues to look like the most dangerous attacker in the division. Wigan‘s Will Grigg has looked similarly threatening when he’s gotten onto the pitch, but hasn’t had much joy in front of goal.

Eoin Doyle of Oldham and Rotherham’s Kieffer Moore have both had great seasons so far, although both may see their strike rates cool slightly as the campaign wears on. Meanwhile Bury‘s Michael Smith seems like a player due some better luck. 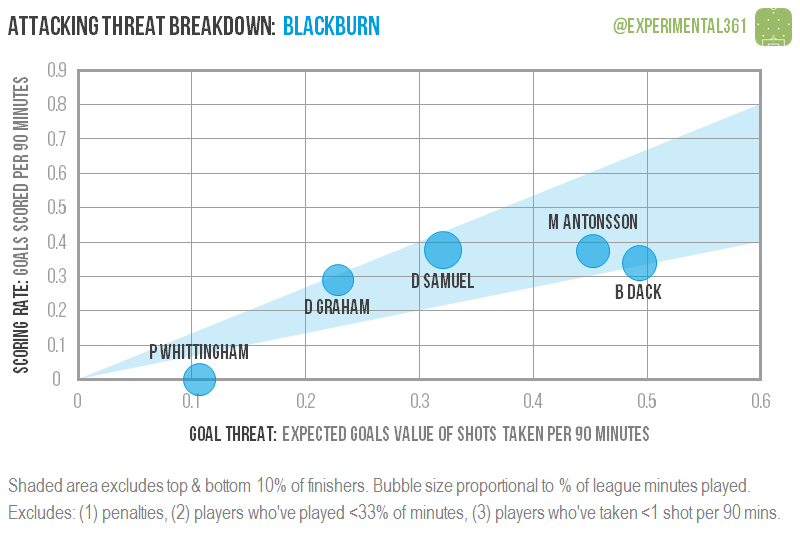 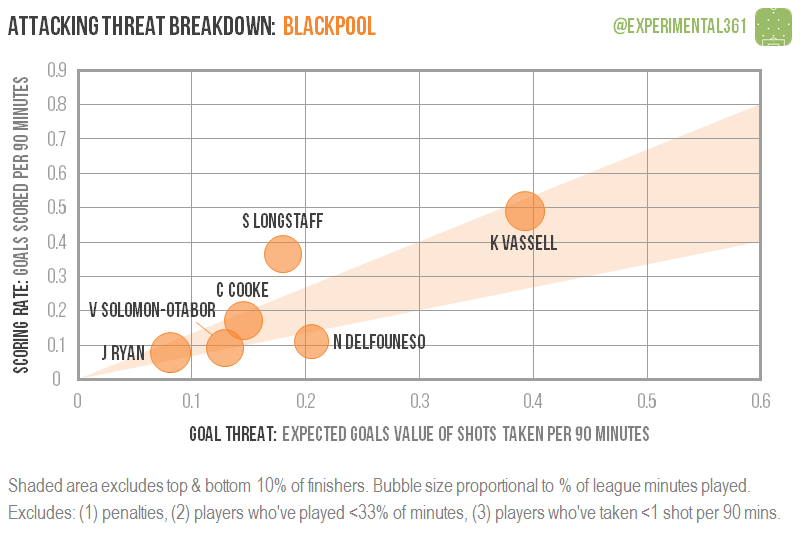 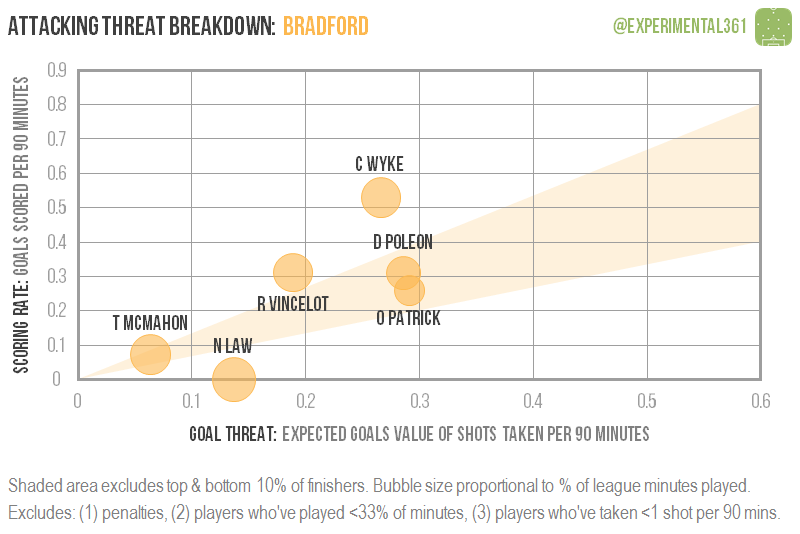 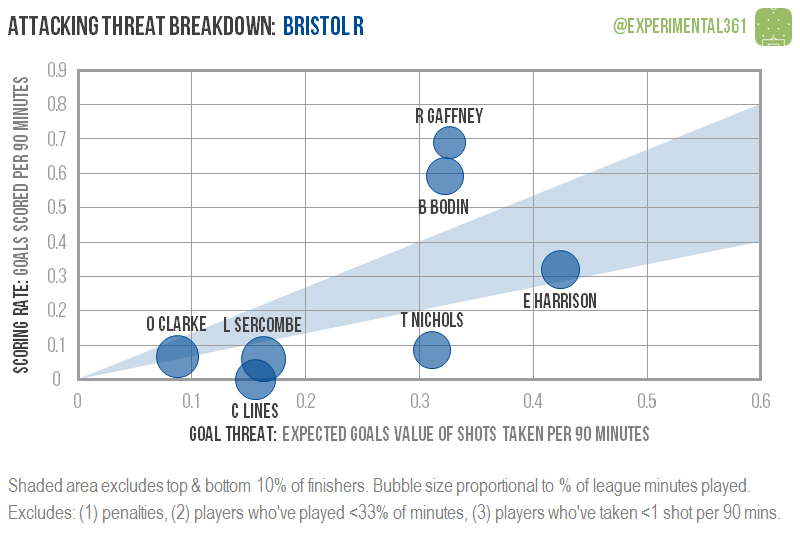 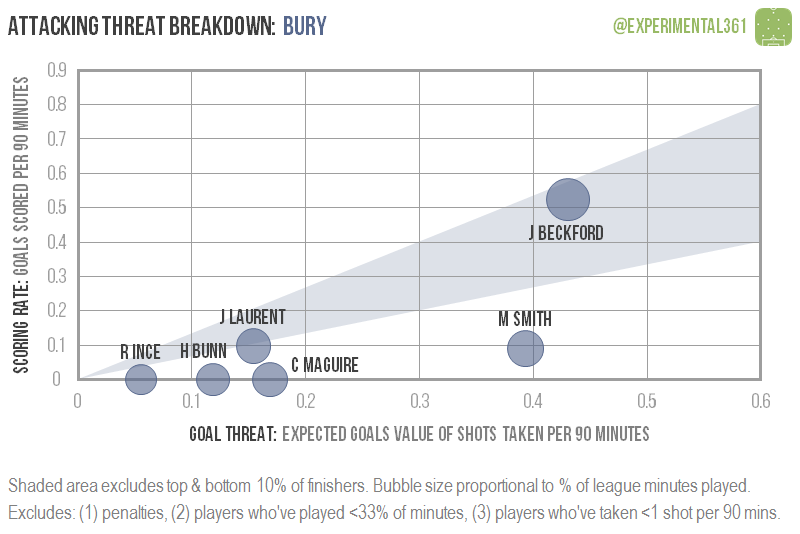 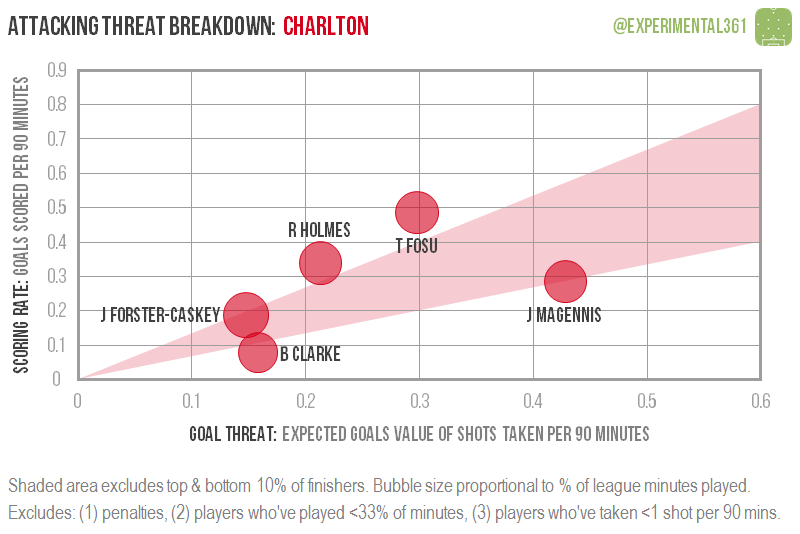 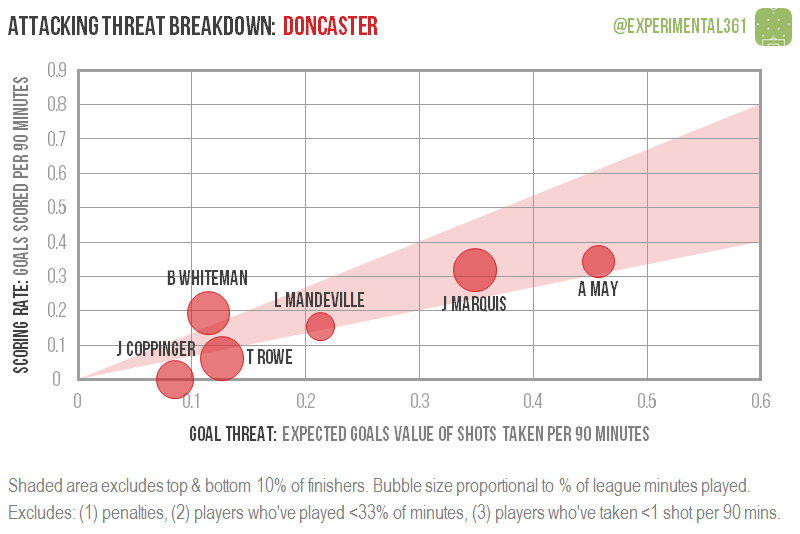 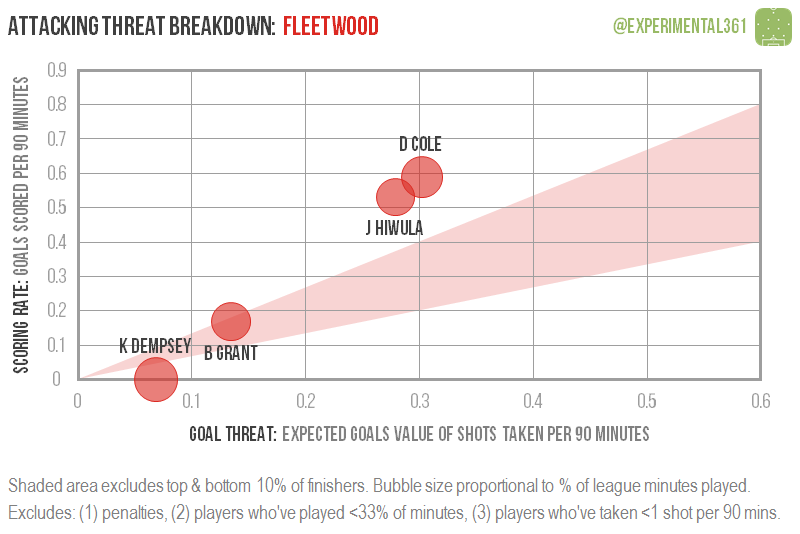 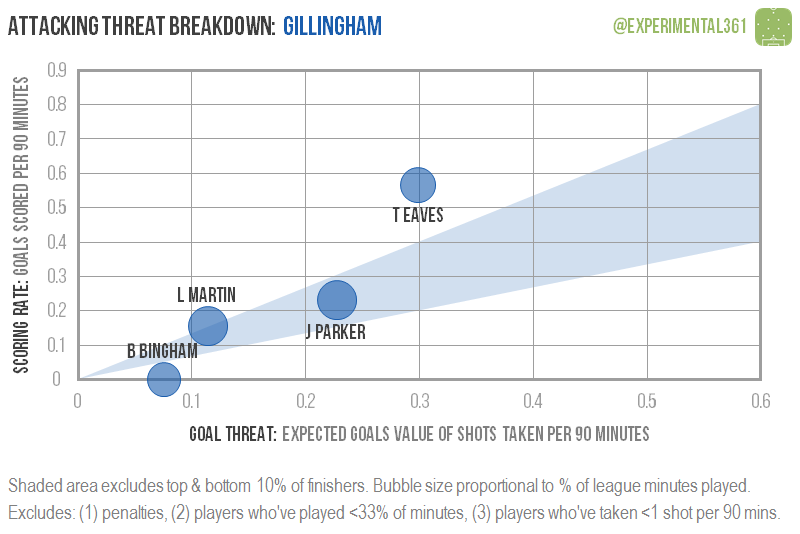 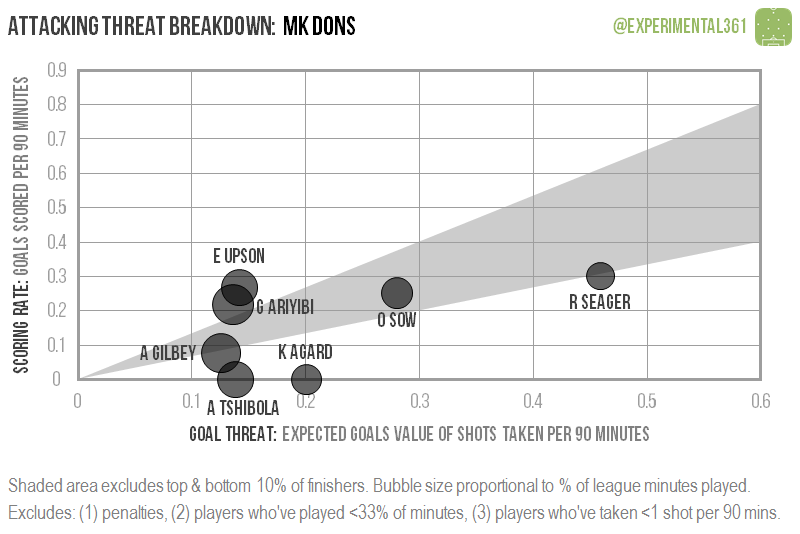 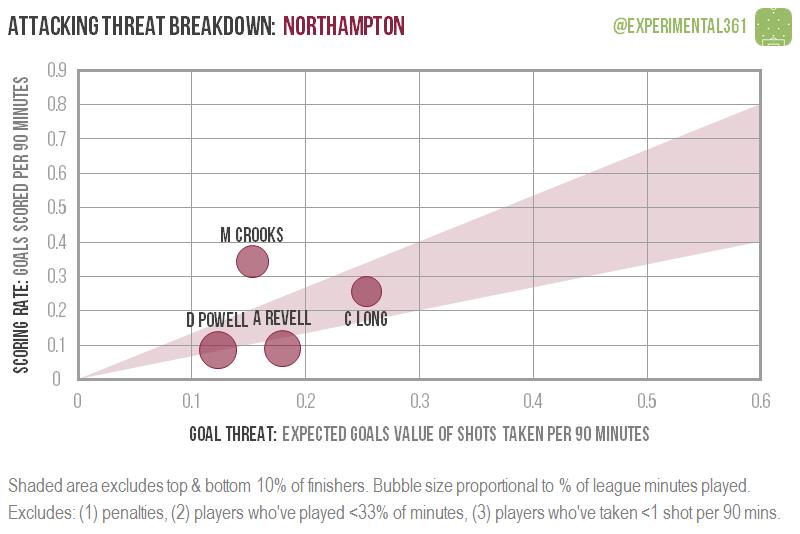 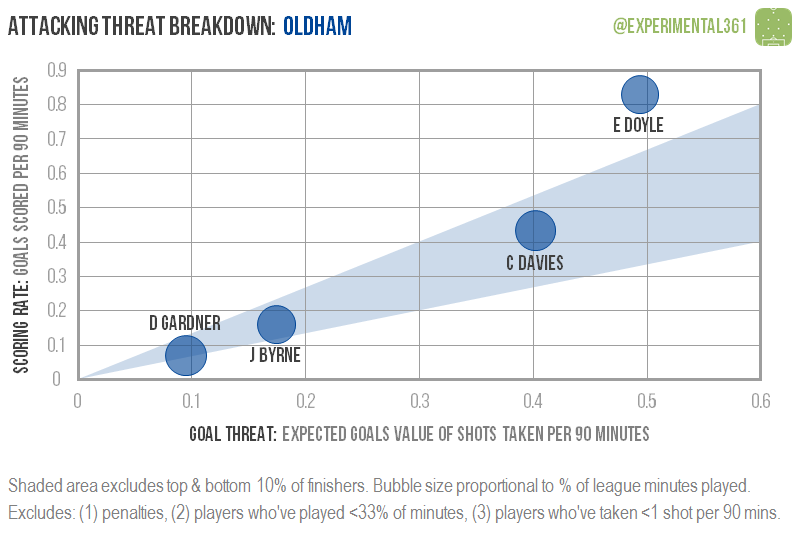 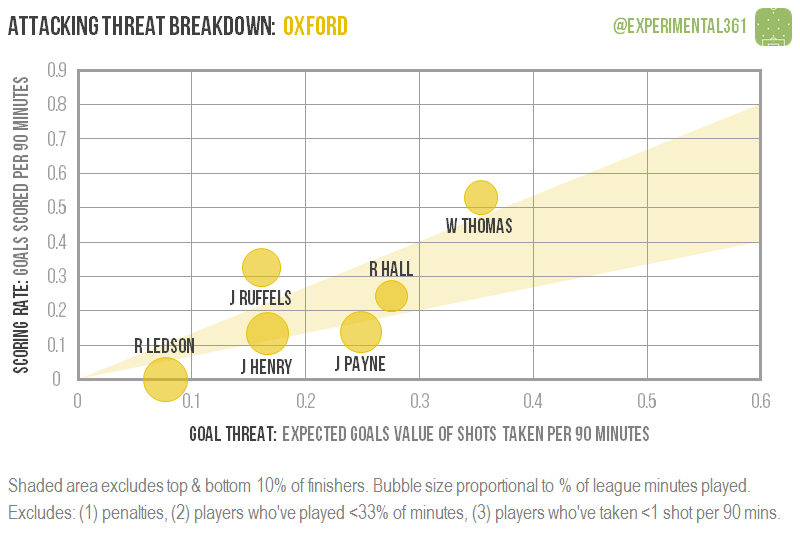 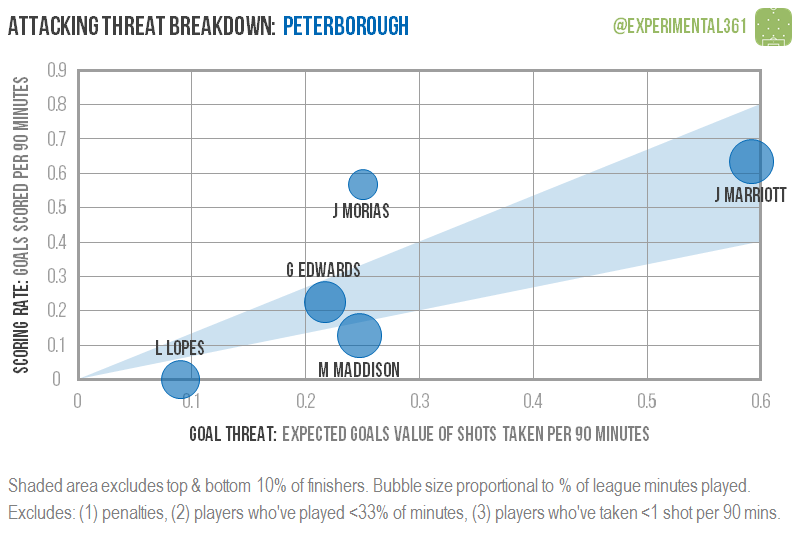 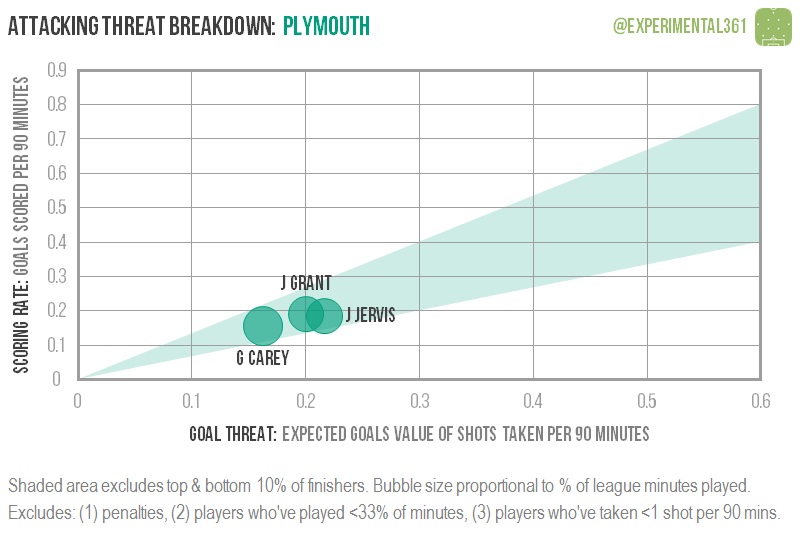 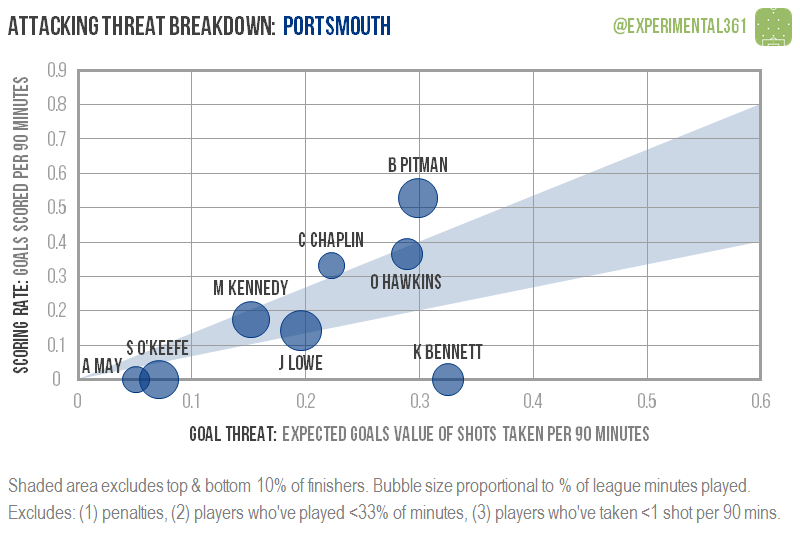 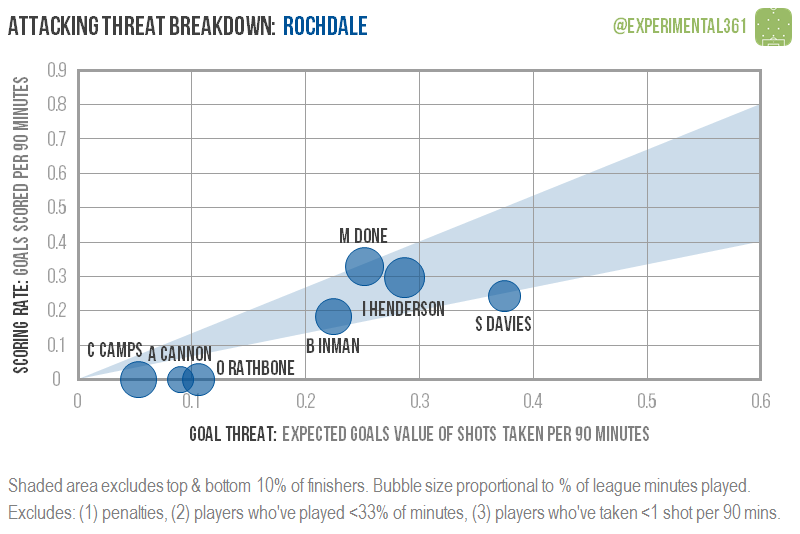 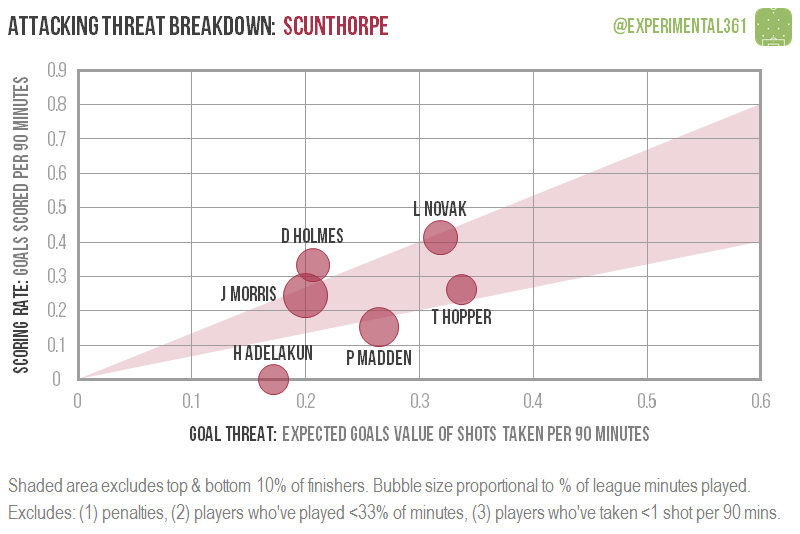 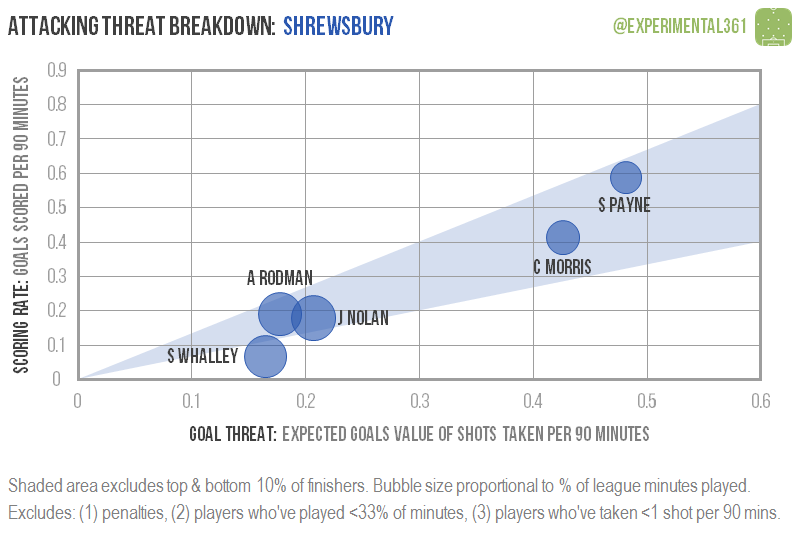 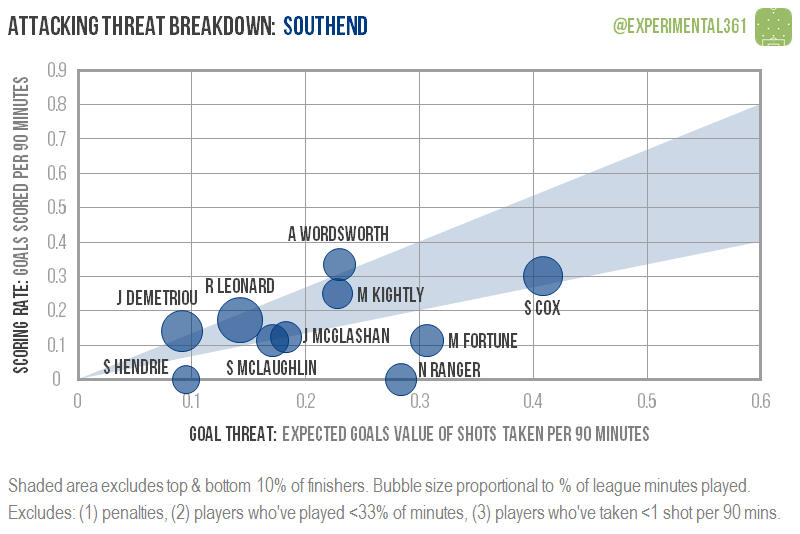 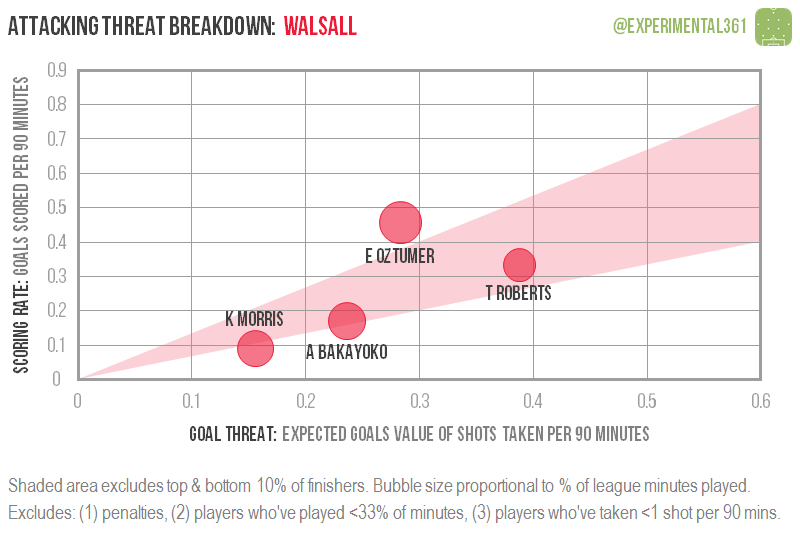 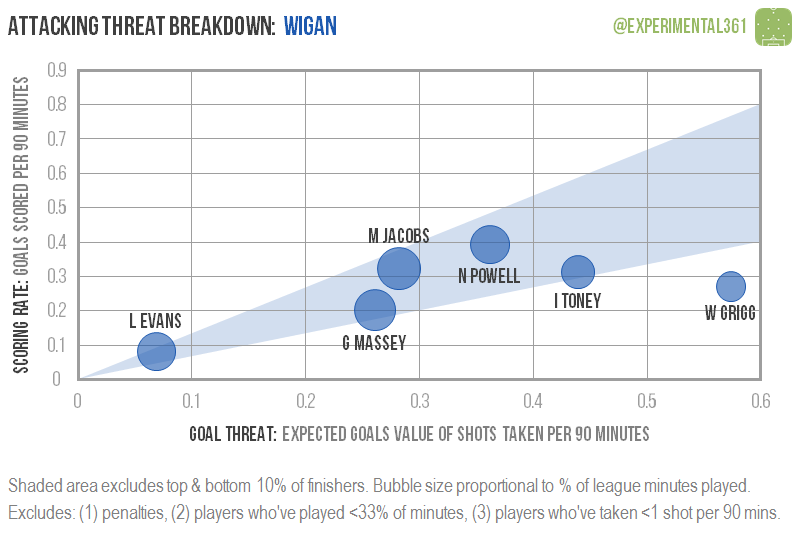 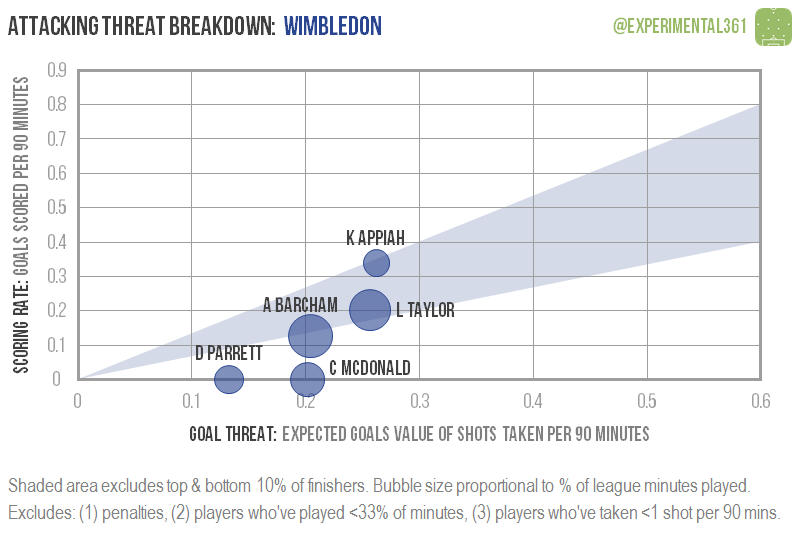