As usual, here are timeline graphics for the latest round of matches. There’s a full explanation of these here, but in a nutshell they track how each club’s expected goals tally (the number of goals that the average team would have scored

from the chances that they created) increased over the course of the match.

Wigan made short work of Gillingham to continue their march back to the Championship and will be thanking Plymouth for edging a win over promotion rivals Blackburn. Southend clung on after netting early against Peterborough to record another win under new boss Chris Powell while Oxford left it late to bang in three goals at Charlton and claimed a fortunate-looking victory in doing so. 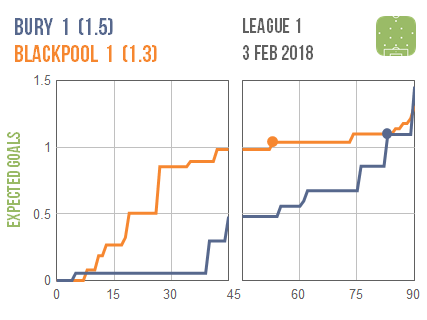 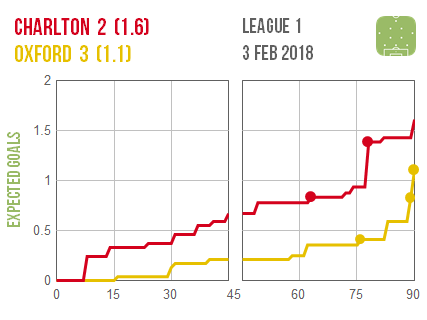 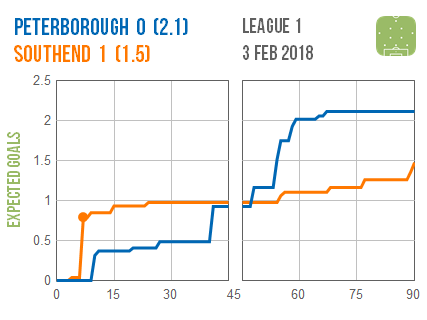 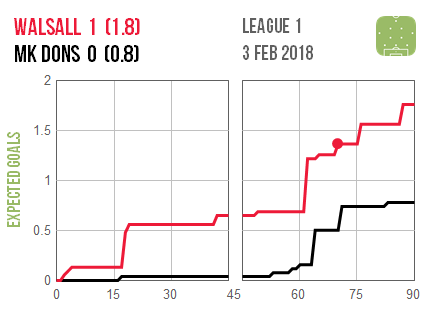