With the majority of EFL clubs now having played 10 matches this season, it’s time to switch the scatter graphics back on in full. These compare the attacking and defensive performances of every team in a division. Each of the four graphics is explained briefly below and at length here.

The trio of Bury, Forest Green and Mansfield have looked the most dominant in raw shot terms, suggesting that all should be capable of a promotion push this season. Both Crewe and Grimsby should be worried given how few opportunities they create compared to their opponents. Games involving Macclesfield or Cambridge have been the most entertaining for the neutral, with plenty of chances at both ends of the pitch. 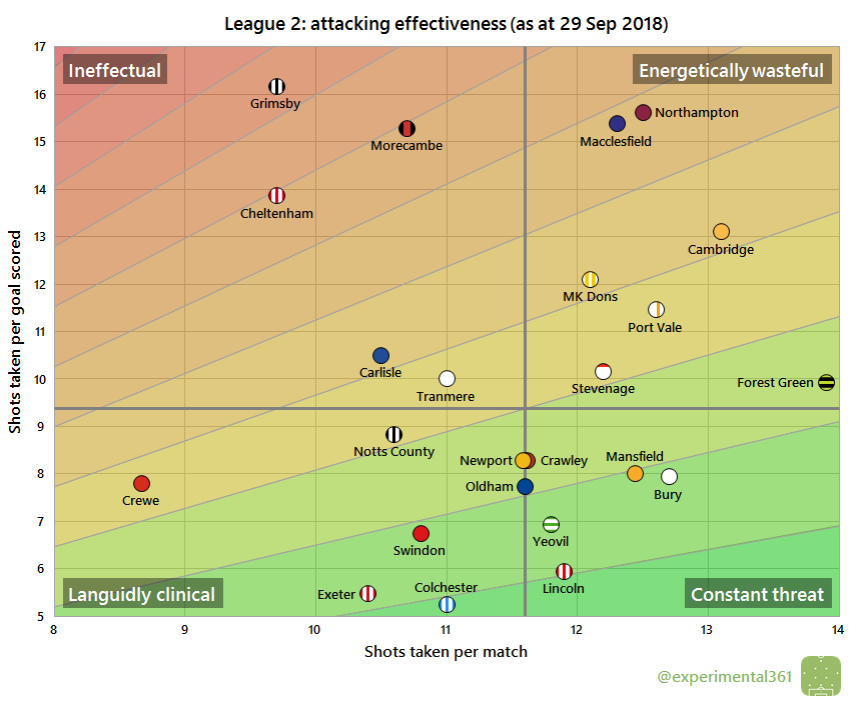 While Crewe create the fewest chances in the division, they’ve at least been better than average at converting shots into goals, unlike Grimsby, Cheltenham and Morecambe who have unhappily combined a lack of creativity with some wasteful finishing so far. Both Macclesfield and Northampton have frustratingly carved out a good number of chances but haven’t been able to find the net with many of them – both look capable of climbing the table if they can solve this problem. Leaders Lincoln may not be dominating teams, but along with Colchester and Exeter they’ve been the sharpest finishers in the division. 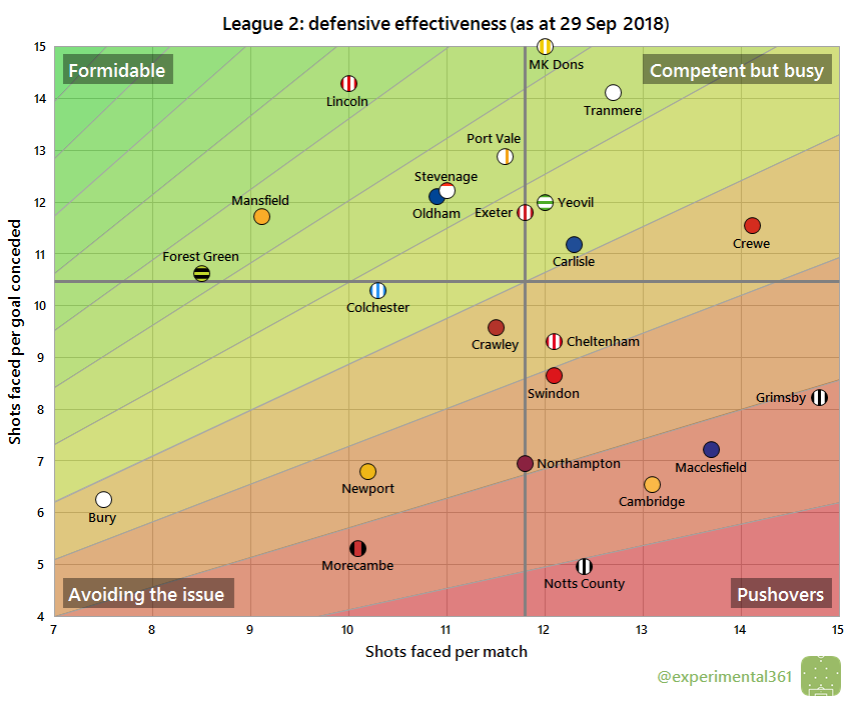 Lincoln have also looked impressive at the back: allowing few chances and being second only to MK Dons in the number of shots they’ve soaked up for each goal conceded. Bury meanwhile have had their defensive efforts undermined by a frustrating tendency for the ball to find its way into their net, with a similar issue threatening to puncture Newport’s promotion efforts.

Correcting for chance quality does nothing to dispel the idea that Bury and Mansfield should be sitting higher in the table, while MK Dons also look capable of competing for promotion. Northampton also look capable of firing themselves out of relegation danger, with a far healthier balance of chances than the other teams languishing at the bottom of the table. Carlisle are only outside the play-offs on goal difference, but there are worrying signs here that they could slip out of the reckoning unless performances improve.